Bishopscourt, [media]in Greenoaks Avenue, Darling Point, is an exceptionally fine example of a Gothic Revival house dating from the 1840s. It was largely built by Edmund Blacket for Thomas Sutcliffe Mort. It was bought by the Church of England and converted to the official residence of the Archbishop of the Sydney Archdiocese in 1911. 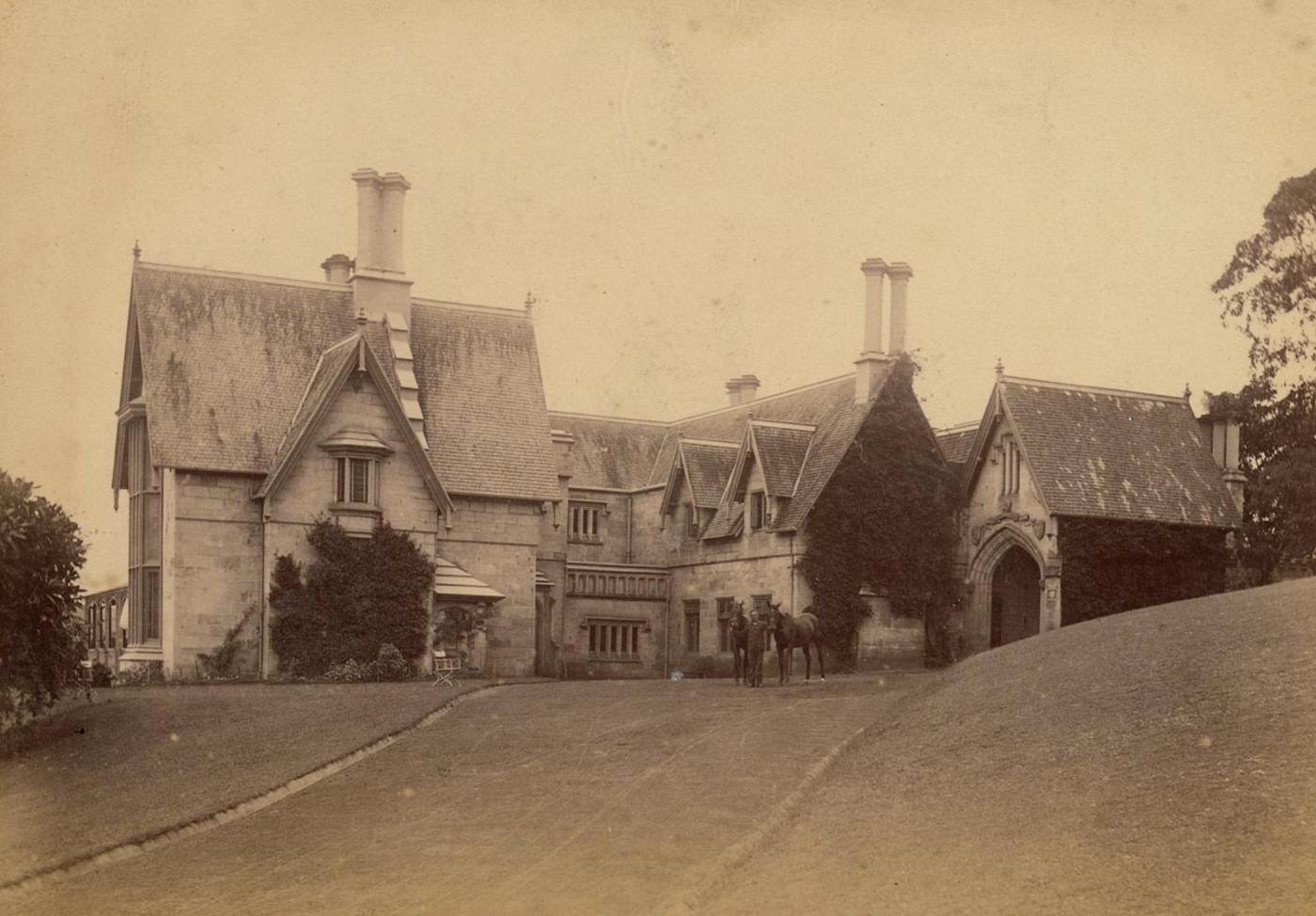 The origins of the house

Originally built by ironmonger Thomas Woolley in 1841 as a smaller two-storey sandstone cottage, the home was first known as Percyville. In 1845 businessman Thomas Sutcliffe Mort leased the land. He purchased the cottage and the 2.8 hectare estate the following year for £2,500. Mr Mort was one of the founders of the Australian Mutual Provident Society (AMP) and an entrepreneur in sugar, dairy and wool, mining, shipping, railways and refrigeration. [1] He was also a strong supporter of the Church of England, donating nearby land to build St Mark’s and contributing financially to the building of St Andrew’s Cathedral.

[media]Along with architect John Frederick Hilly, in 1846 Mort transformed the cottage into a grand gentleman's residence and renamed it Greenoaks. It sat alongside earlier mansions on Darling Point including Swifts, which was the residence of the Roman Catholic Archbishop of Sydney. Later additions were made by Edmund Blacket, Sydney’s leading architect, in 1859. The Sydney Morning Herald reminisced about the grandeur of the house in 1913. 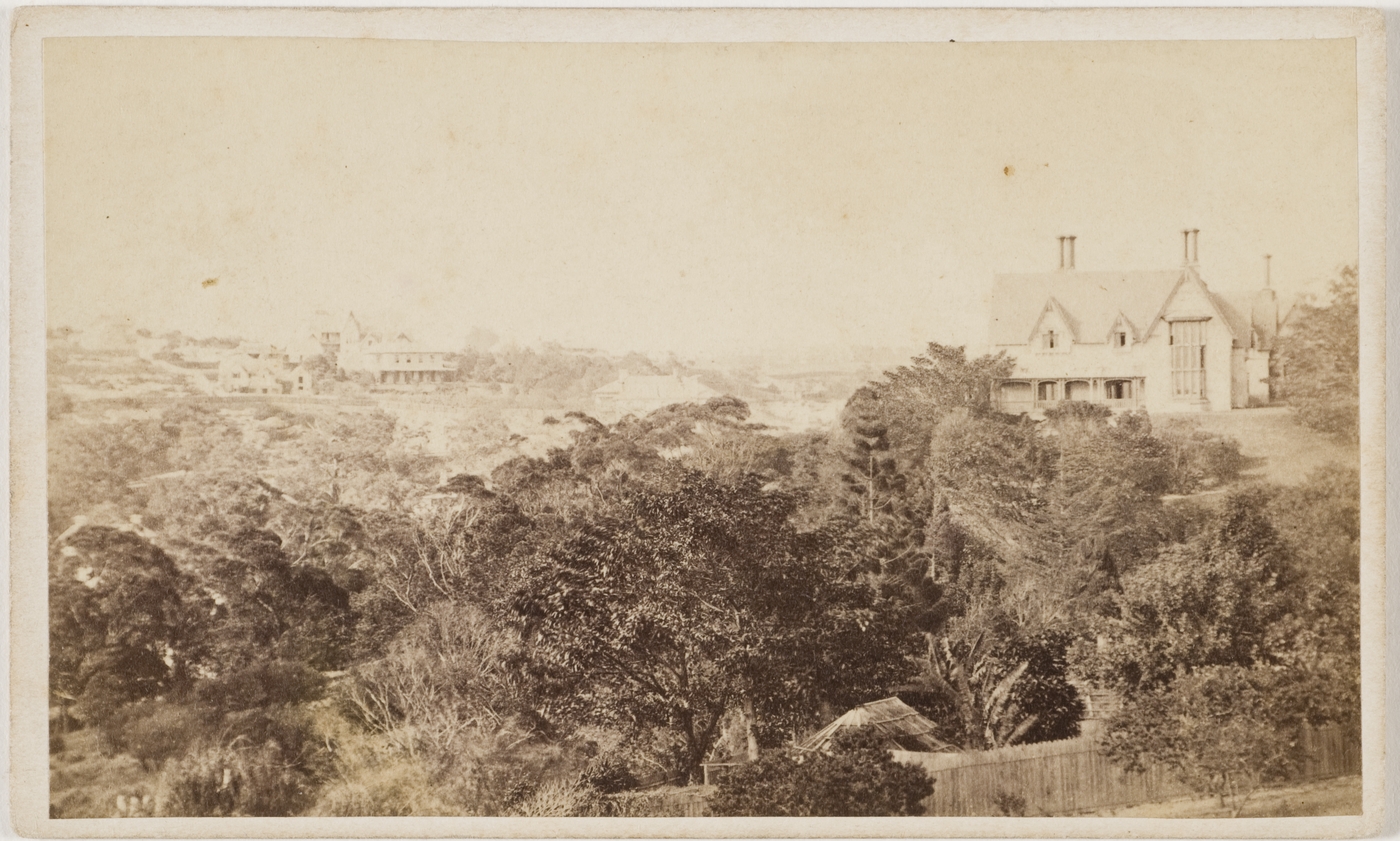 Greenoaks…was the show place not only of Darling Point but of Sydney generally…It was looked upon as the finest specimen of Elizabethan architecture in the colony. It was furnished with taste, much of the furniture being of old oak and of antiquated English design. It also contained a collection of old English armour and weapons of war, and a picture gallery. [2]

In 1892, the estate was sold to grazier Michael Campbell Langtree. Langtree subdivided the land and sold part of Greenoaks to the Church of England in 1910 for £6,750. The house Greenoaks was then renamed Bishopscourt.

In 1911 Bishopscourt became the official residence of the fifth Archbishop of Sydney, John Charles Wright. [3] It was remodeled by Leslie Wilkinson in 1935, who added the present chapel. By 2013 the house had been home to seven archbishops: John Wright, Howard Mowll, Hugh Gough, Sir Marcus Loane, Donald Robinson, Harry Goodhew and Peter Jensen.

The question of suitability of Bishopscourt as the home for the Archbishop has been discussed since the early 1960’s. The Anglican Synod of Sydney suffered heavy losses in the global financial crisis of 2007-2008 and, by 2012, the maintenance bill for the property was averaging $368,000 per annum. Bishopscourt was put up for sale in 2013. [4] However the property failed to sell and in 2014 was occupied by the Archbishop of Sydney, Glenn Davies. [5] Eventually in December 2015, the Anglican Church sold Bishopscourt for 18 million to a local buyer.

Anglican Synod of Sydney. A report from the Standing Committee to Synod, August 2010, updated 2012. http://www.sds.asn.au/assets/Documents/reports/B/Bishopscourt.Rep%20to%20Synod%202012.pdf

Morton Herman. The Blackets: an era of Australian architecture. Sydney: Angus and Robertson, 1963.

[3] Prior to the purchase of Bishopscourt, previous Bishops of Sydney had lived in a leased house in Darlinghurst (1837-1852), a rented house in Millers Point (1855-1857), and a new home built in Randwick (on land exchanged for a site in Newtown) (1858–1911) The Randwick property was also called Bishopscourt. This building was destroyed by fire in 1924

[4] Anglican Synod of Sydney, A report from the Standing Committee to Synod, August 2010, updated 2012 http://www.sds.asn.au/assets/Documents/reports/B/Bishopscourt.Rep%20to%20Synod%202012.pdf