Thomas Broughton was [media]born at Windsor, New South Wales, son of Captain Thomas Broughton and his wife Mary. An orphan by the age of nine, he became a draper's apprentice and by 1833 had established himself as a merchant tailor in George Street, Sydney. 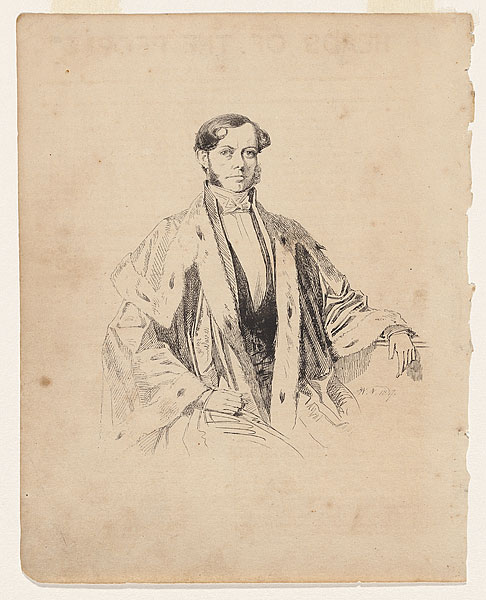 Broughton purchased a town lot in Castlereagh Street in 1836 and subsequently became a pastoral property owner and slum landlord. He owned Muttama and Gundagai stations in the Lachlan district as well as 300 acres (121.4 hectares) called the Artarmon estate at Willoughby in Sydney.

On 21 August 1838, he married Jane, second daughter of John Tindale, at St Matthew's church, Windsor. They had 15 children, five of whom died in infancy.

By the late-1830s Broughton was a prominent citizen and representative of merchant interests. In September 1842 he was proposed as a candidate for Macquarie Ward in the first City Council elections. He was elected on 1 November 1842 and selected as an alderman. The Sydney Morning Herald dubbed him the 'City Council's Shylock' after he proposed issuing distress warrants against residents too poor to pay their rates, in a bid to increase council revenue. He became a magistrate of the colony in 1844.

Broughton was on the committee of the Benevolent Society of New South Wales and the Sydney Mechanics' School of Arts. He was elected mayor on 9 November 1846, and served on the council until 31 October 1851. He was also elected for West Sydney to the first Legislative Assembly on 14 June 1859, but was not re-elected after parliament was dissolved in November 1860.

Following the loss of his seat on the Legislative Council, Broughton spent most of his time on his stations in the Lachlan district. His Sydney residence was Bradley Hall, on Broughton Street, Paddington, where his family lived from 1845 to 1898, before moving to Hazelmere, Glebe.

Thomas Broughton died suddenly at Hazelmere in his 92nd year. His wife Jane died on 3 February 1909, aged 86. The family is buried at the old Church of England Cemetery at Rookwood.