Harris Park, a suburb of the City of Parramatta, is the site of the earliest land grant made in the district. In 1788 the poor soil around Sydney Cove prompted Governor Phillip to establish a settlement on more promising terrain at the head of what is now the Parramatta River. In the following year, he gave James Ruse, a convict whose term had expired, 30 acres (12 hectares) to farm. This grant, formally ratified in either 1791 or 1792, was known as Experiment Farm, because Phillip was hoping to show that ex-convicts would be able to support themselves.

It was also the first small step in the dispossession of the Aboriginal people of the Parramatta district, including the Barramattagal, the Toongagal and the Bidjigal. But throughout the 1790s Pemulwuy (of the Bidjigal clan) led raids on settlers at Prospect, Toongabbie and Parramatta, while ranging as far afield as the Georges and Hawkesbury rivers and even into Sydney. His campaign culminated in an 1801 government order that proclaimed, among other things, that Aboriginal people found near Parramatta could be shot on sight.

Despite the raids, European land ownership became entrenched in the Parramatta area from the 1790s. Large estates were created as government and military officers received generous grants and bought up smaller ones given to ex-convicts or soldiers. As for Ruse, he had some early success, but by 1793 was ready to sell to Surgeon John Harris of the New South Wales Corps. In the same year, Harris was granted 100 acres (40 hectares) adjoining Ruse's farm. His land, with its heavily wooded hills, was the basis of the modern suburb of Harris Park, which also includes a portion of the neighbouring estate owned by another Corps officer, John Macarthur. They were responsible for two of the suburb's surviving landmarks, Hambledon Cottage and Experiment Farm Cottage. Macarthur built Hambledon in the 1820s. Its early tenants included the Anglican Archdeacon Thomas Scott and the Macarthur's governess, Penelope Lucas. Although Harris spent much of his time on another estate at Shane's Park, he retained his Parramatta land and built Experiment Farm Cottage in 1835. This classic 'Indian' bungalow, with its wide verandas, is now a National Trust property.

When Harris died in 1838, his nephew Thomas inherited Experiment Farm and settled there in the 1840s, farming and breeding horses. After his death in 1870, the break-up of the Harris estate began, although the family retained Experiment Farm Cottage until the 1920s. An early residential subdivision was marketed as 'Harris Park' and the name became attached to the wider area. But what was accepted as 'Harris Park' in the nineteenth century did not exactly coincide with the twenty-first century suburb. From the 1870s to the 1900s, for example, Samuel Purchase occupied six acres (2.4 hectares) of the Harris estate and ran a successful plant nursery. The site of this Harris Park landmark, bounded by George, Hassall and Harris streets, now lies just outside the current suburb boundary.

In the late 1870s, local builders bought blocks in Harris Park, but the anticipated influx of home buyers did not arrive until a railway platform was opened in the 1880s. This rail link to the merging industrial areas of Granville and Clyde led to a network of workers' cottages quickly developing around the station, but by 1900 the suburb also contained more substantial homes and middle-class residents. For decades the area known as Harris Park was divided between the municipalities of Parramatta (proclaimed 1861) and Granville (proclaimed 1885). In 1949 the entire Granville municipality was included in an extended City of Parramatta

[media]Despite its industrial connections, Harris Park remained largely residential. Renewed subdivision in the 1920s took up virtually all the suburb's available land. After World War II, state planners designated Parramatta as a major growth centre and large-scale immigration began. These policies affected the density and the composition of the Harris Park population. The construction of home units from the 1960s has meant that the suburb has a very high proportion of this type of housing. Similarly, an unusually high percentage of the Harris Park population was born overseas. Roughly one in four residents speak Arabic, Hindi or a Chinese language. 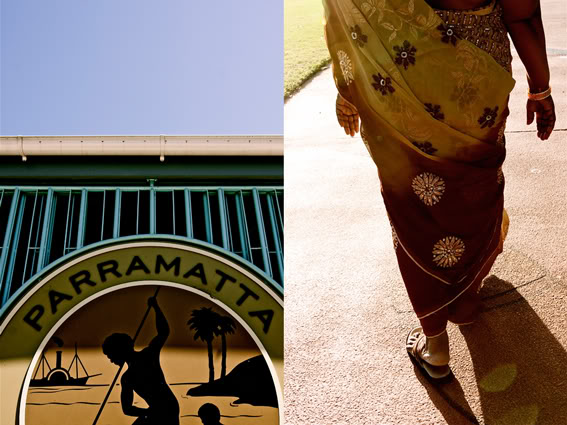