In 1928, Sydney played [media]host to the 29th International Eucharistic Congress. It was a spectacular occasion for the Catholic Church, encompassing a week-long celebration of Catholic faith, from 2–9 September. The Congress opened with the consecration of the newly completed St Mary's Cathedral and culminated in the Benediction of the Blessed Sacrament, where the Sacred Host (a wafer that had been blessed by Catholic priests and was believed to contain the presence of Christ) was processed through the streets of Sydney. Both the secular and Catholic press estimated that crowds of over 500,000 Sydneysiders witnessed this procession, the largest religious spectacle seen in Australia at that time. 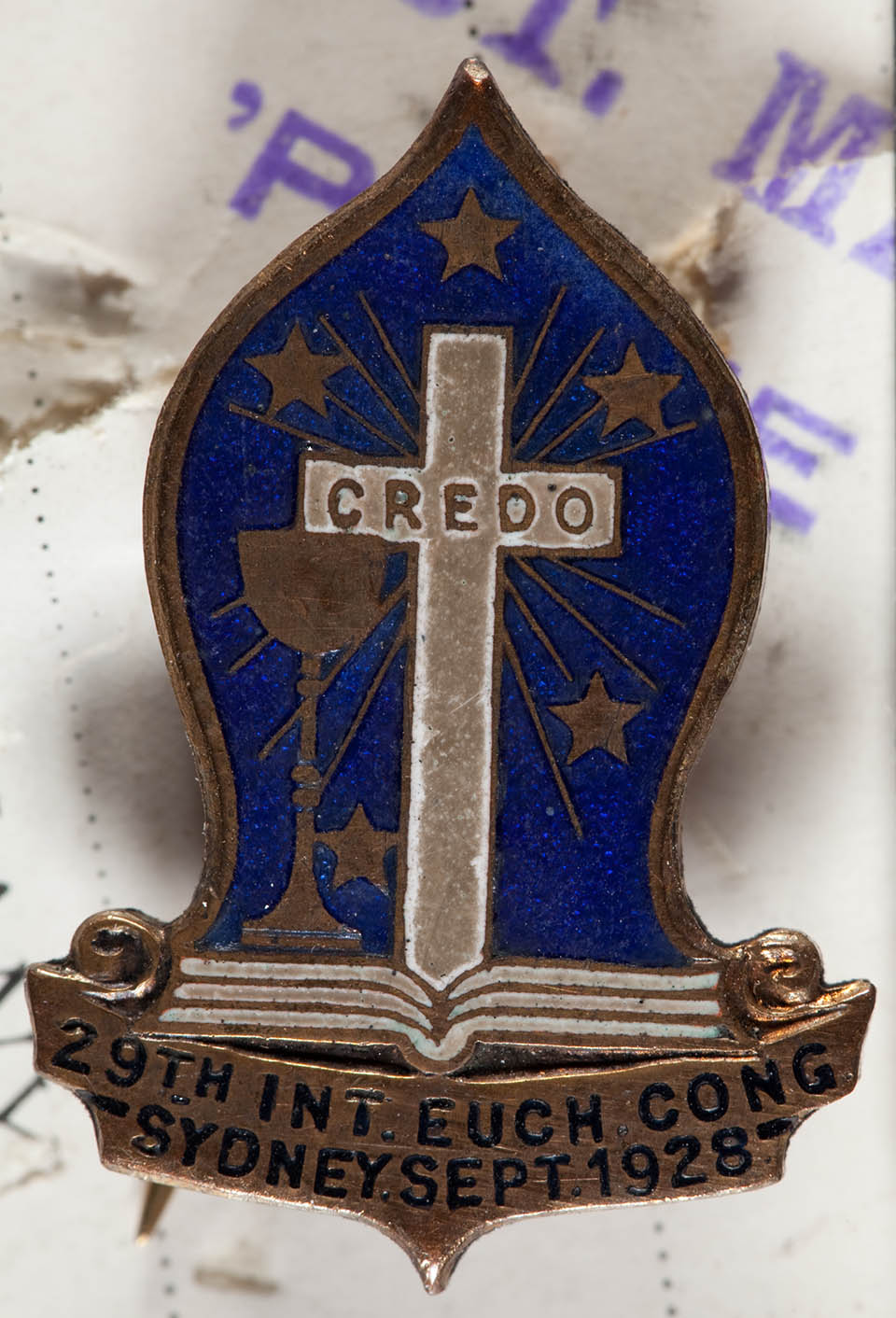 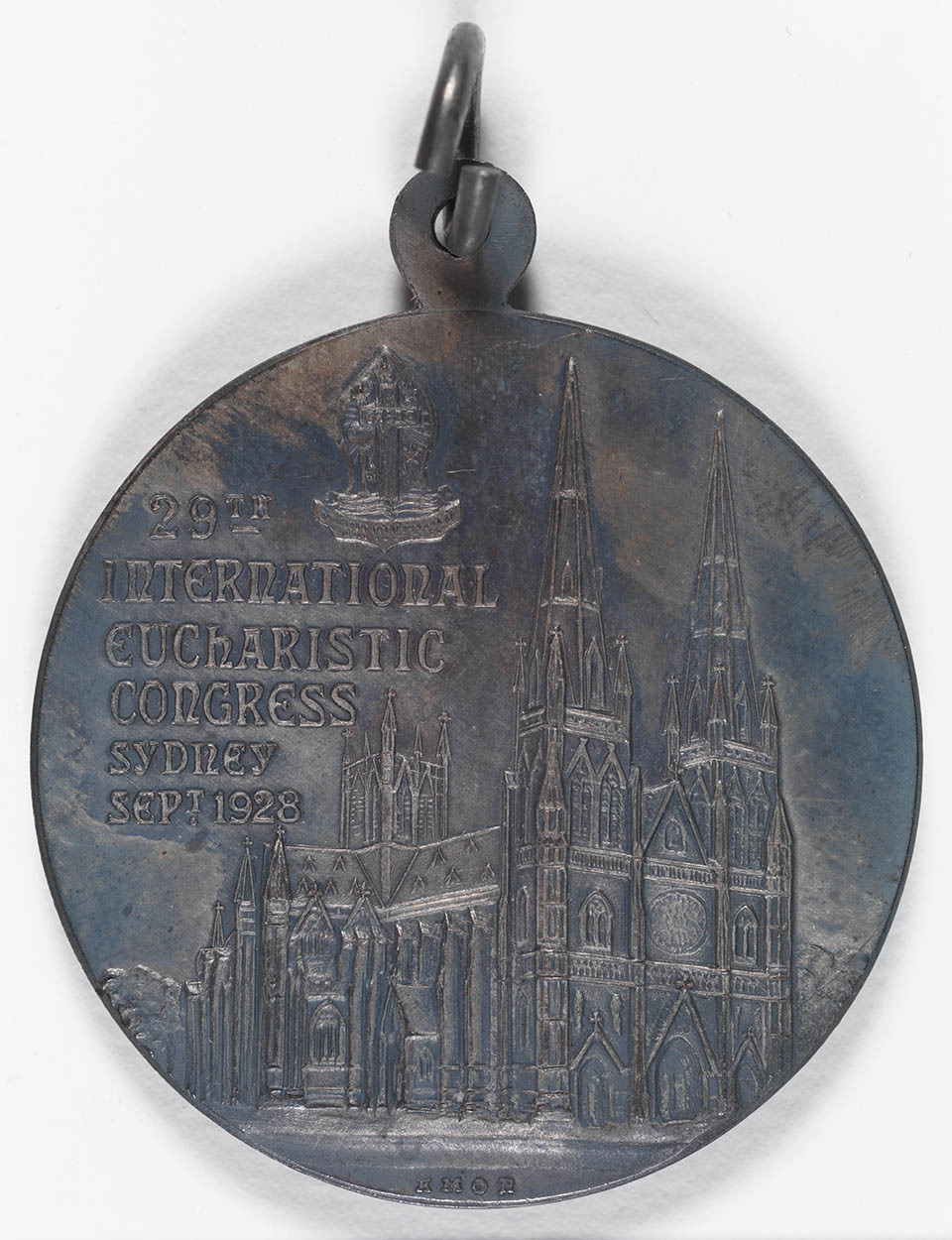 Hosting the 29th Eucharistic Congress was quite an [media]honour for Sydney's Catholic community, and indeed for Sydney itself, although some Australian Protestants did not see it that way. Protestants were particularly perturbed by the final procession of the Congress, decrying that it was idolatrous, given the Catholic belief in the presence of Christ in the Sacred Host. A number of Protestant bodies, including the Protestant Federation and the Presbytery of Sydney, called for the Congress to be prohibited. Concern for the smooth proceedings of the Congress was such that all police leave was cancelled. 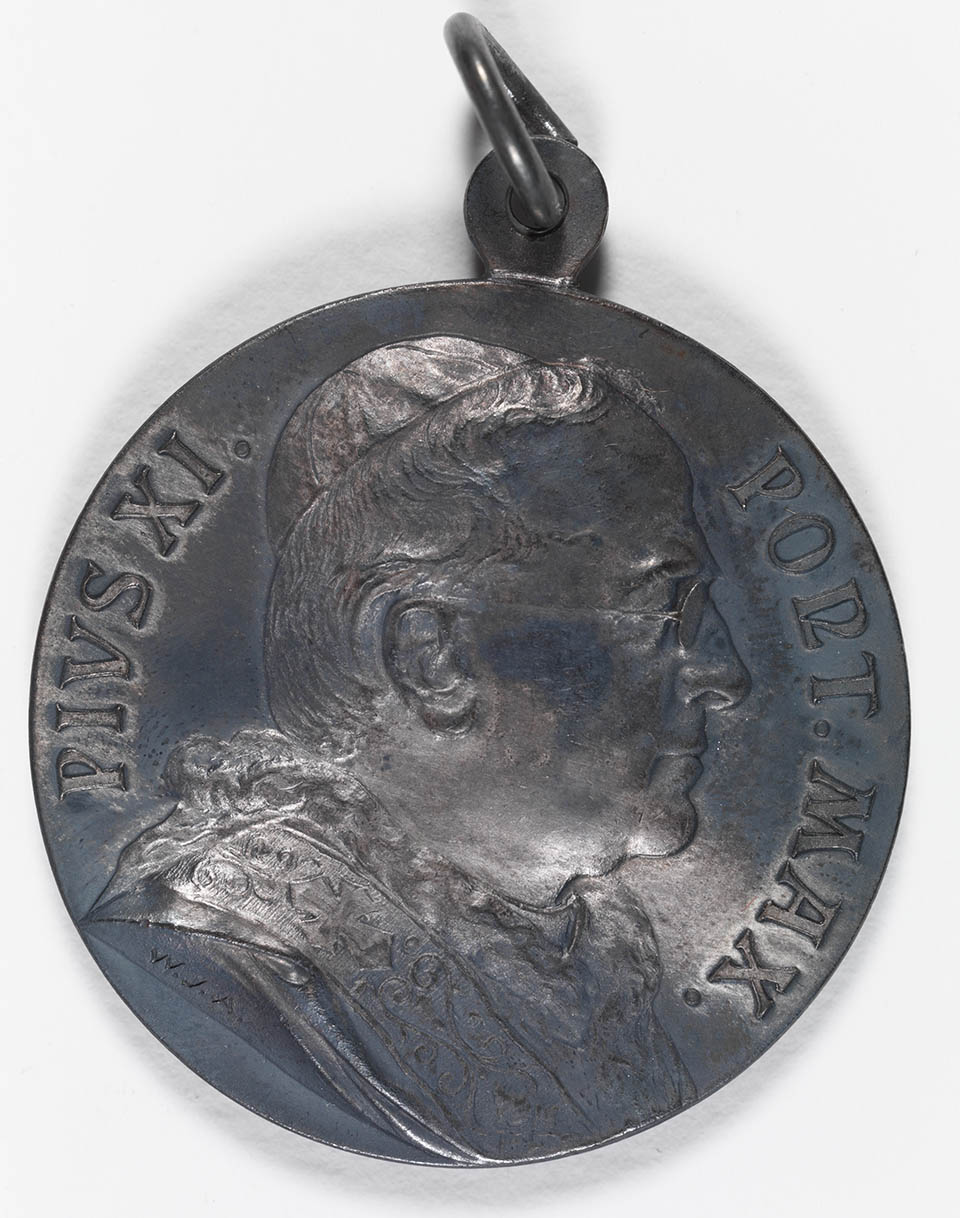 In the event however, the feared disruption did not eventuate. Indeed, the Sydney Morning Herald noted that many Protestant leaders had warmly welcomed international and interstate visitors to Sydney for the Congress. [1] In addition, New South Wales Premier Thomas Bavin, a devout Protestant, spoke from the pulpit of St Mary's Cathedral during the official opening ceremony – an unprecedented occurrence. Later, a garden party held at Government House to celebrate the Congress and to honour Cardinal Cerretti, Australia's first papal legate, was attended by the Anglican Archbishop, John Wright, the Prime Minister, Stanley Bruce, and the leader of the New South Wales Jewish community, Rabbi Francis Lyon Cohen. This spirit of unity was of particular note, coming as it did in the midst of an era of festering sectarian antagonism. Sectarianism was particularly strong in the interwar period, following the bitter and divisive conscription debates of World War I, in which Protestants had largely campaigned for conscription and Catholics had opposed forced war service.

The Herald [media]also observed the Congress's potential to promote and improve Australia's international image. Delegates to the 1928 Congress included Catholic bishops, Papal representatives, members of the European nobility and ordinary Catholic laity. Pilgrims to the Congress travelled by steamship to Sydney from all over the world. Travel companies such as the San Francisco-based Matson company, advertised the voyage as a pilgrimage tour, offering the Sydney Eucharistic Congress organising committee their fastest ship, the SS Malolo, [2] for transporting delegates from San Francisco to Sydney. While the majority of delegates hailed from Europe and the United States, others came from Asia and from Eastern rites churches in the Middle East. The arrival of Bishop Alexander Chulaparambil from India elicited a mixed response, with much of the secular press referring to the bishop and his chaplain as 'dark-skinned' and as 'natives' and the Communist Party of Australia decrying the presence of non-white delegates in the country as a contradiction of the White Australia Policy. [3]

Having [media]made the long journey south, many Congress delegates took the opportunity to explore Australia further during and after the Congress, travelling to Canberra, Brisbane and Adelaide. It was hoped Congress delegates would be able to testify on their return home that Australia was a developed country with large, wealthy cities. This concern not only derived from the desire for economic gain, but also betrayed a certain 'colonial anxiety'. There was a sense of relief that one international visitor had reported he no longer thought that 'kangaroos and aborigines [sic] still roam our rough-and-ready city streets'. [4]

Congress events [media]included the opening of St Mary's Cathedral (where the nave had recently been completed), a Mass at St Patrick's, Church Hill, to commemorate Father Flynn's leaving behind of the Blessed Sacrament in 1818, a Children's Mass, a Women's Mass, a Men's Night and the Benediction of the Blessed Sacrament. There were also lectures on religious topics, given all over the city in Latin, Spanish, French, Italian, German and English.

The Benediction of the Blessed Sacrament [media]procession to conclude the Congress took place on Sunday, 9 September. Starting from St Patrick's Seminary at Manly, the Sacred Host and its attendants were taken across the harbour to Circular Quay in a ferry, the Burra-Bra, painted white and gold for the occasion. Five biplanes flew overhead across the harbour in the formation of the Southern Cross. From the Quay, the procession headed down Macquarie Street, culminating at St Mary's Cathedral. Mounted police, Catholic Boy Scouts and returned servicemen, Children of Mary, former students of Christian Brothers' schools, a delegation of Catholic Māori from New Zealand, members of the St Vincent de Paul Society and men of various sodalities and friendly societies led the procession, followed by the clergy. At the end of the procession was Cardinal Cerretti, carrying the Sacred Host. A white and gold canopy, embroidered by the Sisters of St Joseph at St Martha's Industrial School, Leichhardt, was carried over the Host by Catholic Victoria Cross winners, surrounded by Papal knights and members of the Papal household. After the procession arrived at St Mary's Cathedral, a solemn benediction closed the pageant, as the thousands of people who had assembled from across Australia and around the world joined together in hymns of thanksgiving.