Albert John Joseph George McGuire [media]was born in Mauritius on 29 June 1891, the son of Duncan Hazlitt McGuire, prison officer, and his wife Marie Barbe Elizabeth Villemont. Duncan McGuire had entered service in Mauritius on 17 March 1883 as First Warder in the Prison Department and retired as Chief Warder on 29 May 1902 because of ill-health. In 1902 the McGuire family moved to Sydney, where George's siblings were born, and from 1904 the family resided in a house called Medcola, in Penshurst Street, Willoughby. 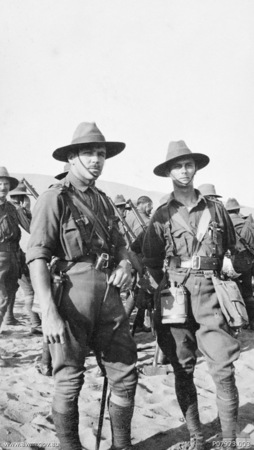 Educated at Fort Street High School, George McGuire completed the Junior Examination held by the University of Sydney in 1908 and gained employment as a bank clerk. In 1910 he joined the 33rd New South Wales Volunteer Infantry Regiment (Irish Rifles), as a Second Lieutenant and in 1912 was given command of the Stanmore Company. Five feet ten inches (1.78 metres) tall and weighing 143 pounds (64.8 kilograms), McGuire was a keen soldier. On 28 August 1914 he was promoted to temporary captain.

On 18 October 1914, [media]under the command of Lieutenant Colonel L Dobbin, McGuire sailed with 'D' squadron, 1st Battalion, 1st Infantry Brigade, Australian Imperial Force to Egypt on the SS Afric. After further training, in early April 1915 he embarked at the port of Alexandria for the Dardanelles and took part in the ANZAC landings at Gallipoli on 25 April. On that day, he received a serious gunshot wound to the chest. Evacuated on the Clan McGillway, he arrived back in Egypt on 30 April 1915, but died in the Bombay Presidency Hospital, Alexandria, on 7 May 1915. McGuire was buried the following day in the Chatby War Memorial Cemetery and was posthumously awarded the Victory Medal. His captaincy was also confirmed posthumously, on 6 November 1918. 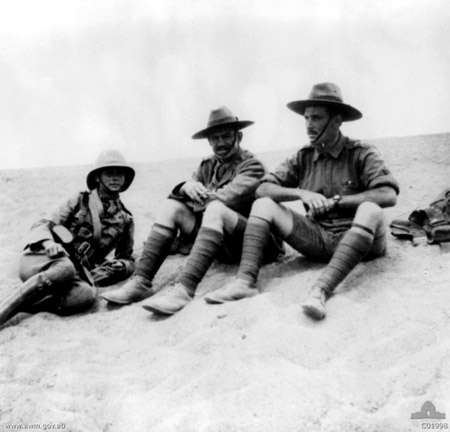 McGuire was unmarried and his widowed mother was granted a war pension of £52 per annum effective from the date of his death. In his service record, he was described as belonging to the Church of England, but a rosary was among his personal effects forwarded to his mother after his death. On 29 March 1967 his only surviving brother, Philip Joseph M McGuire, applied for his Gallipoli Medallion.

Manual of Public Examinations Held by the University of Sydney, Angus and Robertson, Sydney, 1909