[media]Packer served time on Norfolk Island, and later in Hobart, before he was conditionally pardoned in 1850. In 1853, he moved to Sydney where he quickly rose to prominence in amateur and professional musical circles as an organist, conductor, and composer. An early success was his City of Sydney Polka, published in 1854 and 'respectfully dedicated to William Charles Wentworth'. His ballad 'Little Nell' was sung 'with enthusiastic applause' by the visiting diva, Anna Bishop, to whom it was dedicated. In 1859 he began conducting opera performances at the Prince of Wales Theatre, and in 1863 he completed and conducted his most important musical work, the grand oratorio Crown of Thorns. 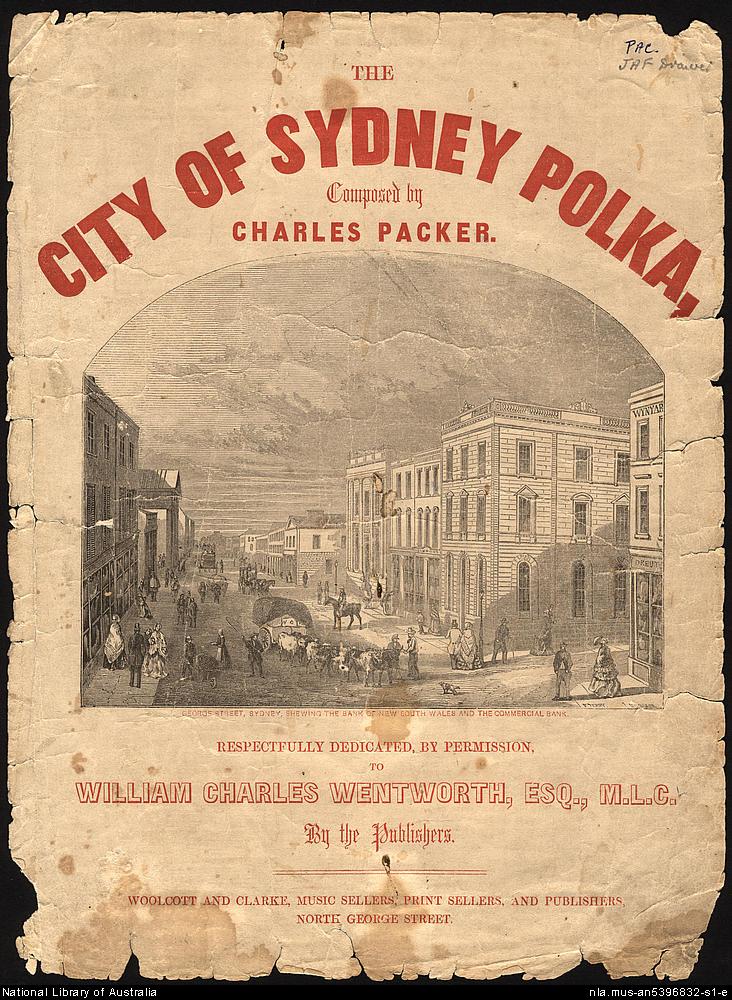 By the end of that same year, Packer was again on the wrong side of the law, having been convicted of bigamy. While in Darlinghurst Gaol, he started a chapel choir for which he composed sacred works. He was released in 1868. He presented his oratorio Crown of Thorns at the Sydney International Exhibition of 1879–1880. According to the Illustrated Sydney News of 4 August 1883, his funeral procession, which included several brass bands, attracted a crowd of 6,000. He is buried in Waverley Cemetery.

Charles Packer was an uncle of the Tasmanian composer, Frederick A Packer, and is also related to the Packers of twentieth-century media fame. Among more recent attempts to uphold the family’s musical heritage, in 1946 Frank Packer sponsored a season of Sunday night orchestral concerts in Sydney under the baton of the visiting conductor Maurice Abravanel.