Businessman Joseph Wyatt, who had previously been connected with both Barnett Levey's Theatre Royal and the Royal Victoria Theatre, opened another theatre on 12 March 1855. This theatre, the Prince of Wales, was on freehold land in Castlereagh Street, a few doors from King Street. William Dind (also known as Dynd), formerly the lessee of Wyatt's Royal Victoria, came to the new theatre as its manager.

[media]The Prince of Wales was larger and better equipped than the Royal Victoria and was reported to have cost nearly £30,000. The auditorium measured 70 feet (21.3 metres) from the back of the pit to the orchestra and was 60 feet (18.3 metres) across. Claims were made that the theatre could accommodate 3,000 people in its combination of pit, dress circle, upper boxes and gallery. The colour scheme was more sombre than other theatres, with the box fronts painted deep blue with the Prince of Wales's crest embossed in gold. The ceiling, 58 feet (17.7 metres) above the floor level, had a gas chandelier and was painted to represent a bright summer sky. The proscenium-arched stage was equipped to handle about 100 pairs of flats for scene changes. The act drop, probably painted by scenic designer Alexander Habbe, depicted the female figures of poetry, tragedy, music and dancing reclining in the shade of a bower with a fountain, against an Arcadian background of foliage, lake and classic temple. For the actors there was a green room and dressing rooms both under and above the stage. 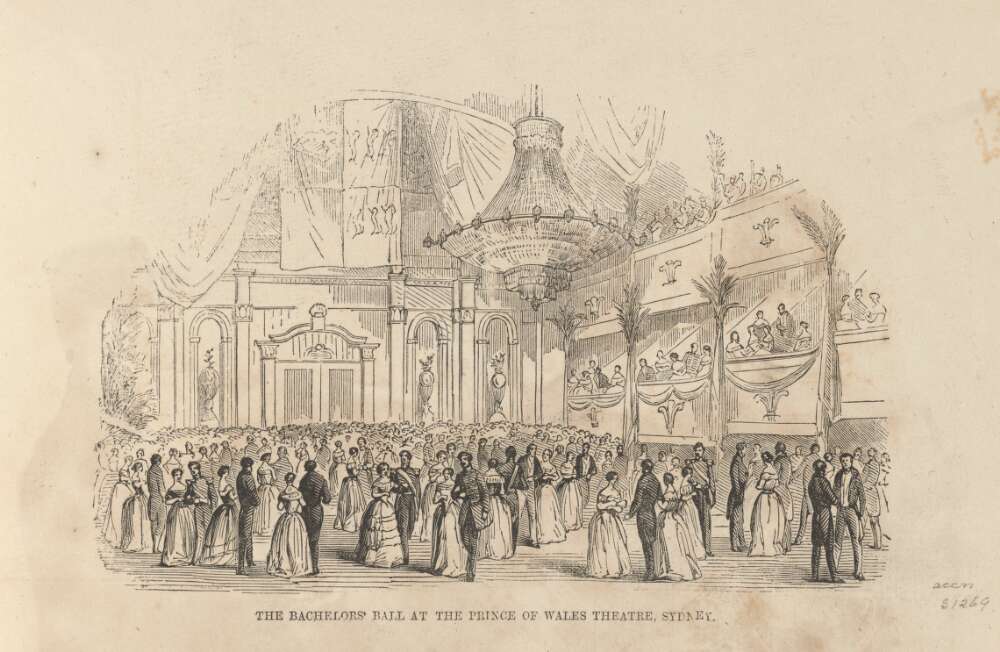 Despite the facilities and pictorial splendour, the Prince of Wales was not a commercial success. Wyatt sold it in 1858, for the considerable loss of nearly £11,000, to John Thomas Neale. There were, however, continuing disputes around the ownership, in which two men had interlocking leases. Difficulties were compounded by an actors' strike and problems continued until, in October 1860, the theatre was destroyed by a fire in which two people lost their lives. Wyatt had died two weeks earlier.

The second Prince of Wales Theatre

In 1861, a year after the destruction of the Prince of Wales theatre, an investor, Robert Fitzgerald, commissioned a design for a new Prince of Wales theatre on the same site from the well regarded architect JF Hilly. This plan incorporated the street façade of the previous theatre, but inside all was new. It had the most up-to-date mechanics of any theatre in Australia. There were painting rooms above the stage, and the stage itself, 58 feet (17.67 metres) wide, had gas footlights and was equipped with the technology of the ladder system for scene changing. This involved lifts in the adjustable overhead grid and both a mezzanine floor above the stage and a cellar below for traps and other effects and scenery. It was claimed that nine full settings could be changed mechanically with the system of pulleys and winches.

The central dome of the ceiling, which contained a gas 'sunlight' with 130 gas jets, was panelled with pictures of classical images. This theme was repeated in the proscenium, which was pale green with gilded mouldings, against a front curtain of magenta baize. This colour was a break with tradition, since it was not the usual green. There were niches at each side of the arch for the six-foot high statues of Melpomene and Thalia, the Greek muses of tragedy and comedy.

The pit measured 60 feet (18.3 metres) back from the footlights, and in the auditorium all the tiers were semicircular rather than horseshoe in shape. The height between the galleries was raised to 10 feet (3 metres), giving a feeling of spaciousness. This interior was decorated in green, white and gold, with seating in the dress circle upholstered in a toning colour of amber satin.

The auditorium was advertised with the capacity to provide 'comfortable' seating for 2,500 people. Box office receipts of £365 for one night in 1863 indicate, however, that that figure could be considerably stretched.

[media]The theatre opened on 23 May 1863 under a three-year lease to opera impresario William Saurin Lyster. In deference to this lessee, it was initially called the Prince of Wales Opera House, but the 'Opera House' was soon dropped. At the end of this lease William Dind, and then in 1869 scenic artist Alfred Clint, took over as lessees but, like its predecessor, the theatre was not a commercial success. Patronage was erratic, and it was at one time converted to a roller skating rink, at another into a circus ring. Then it too was destroyed by fire in 1872. 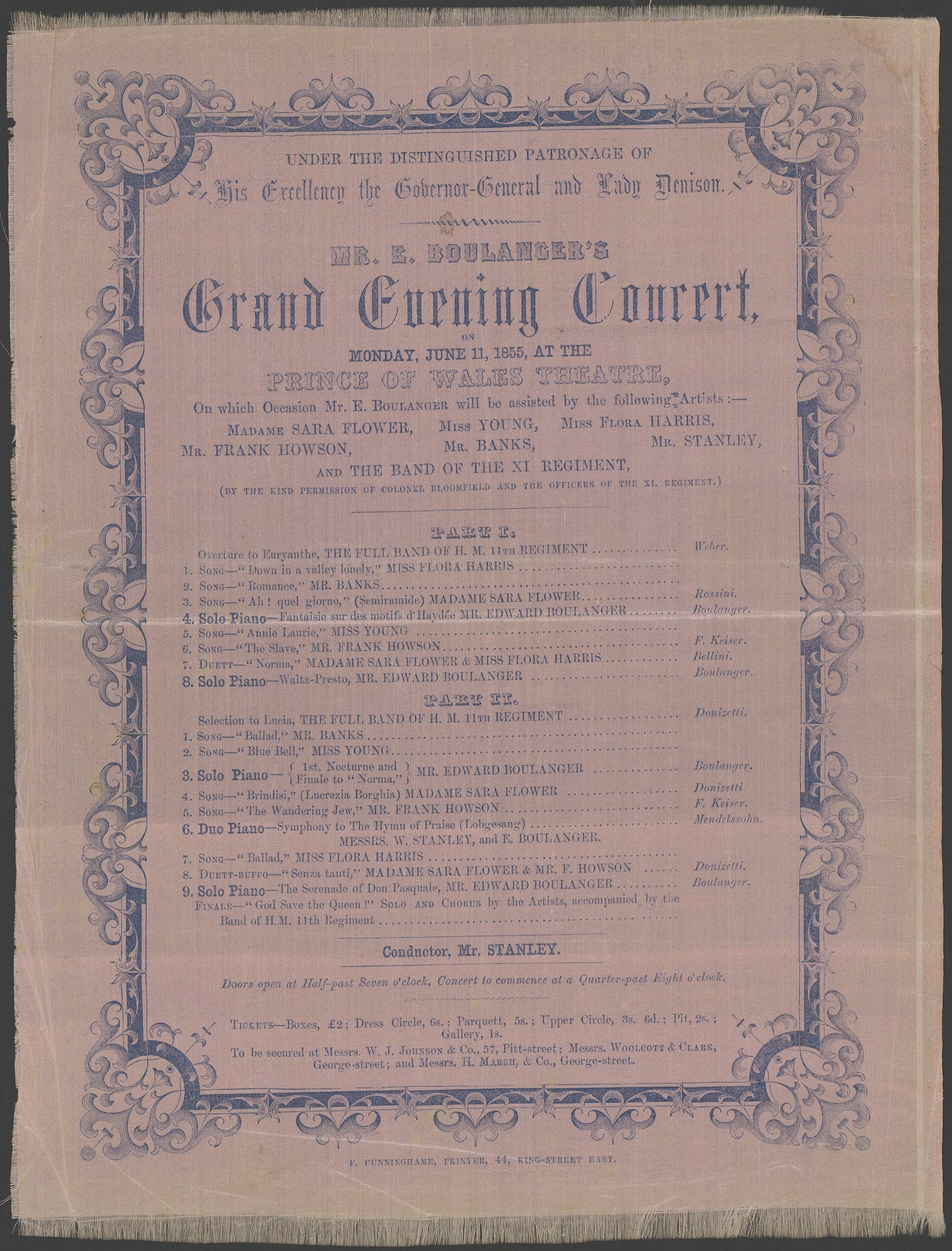