Thomas Walker was [media]born in Leith, the sea-port of Edinburgh, in May 1804. His father, James Thomas Walker was a member of parliament in Britain and sent his teenage son to Australia in 1822. He worked for his uncle's whaling firm for a time. 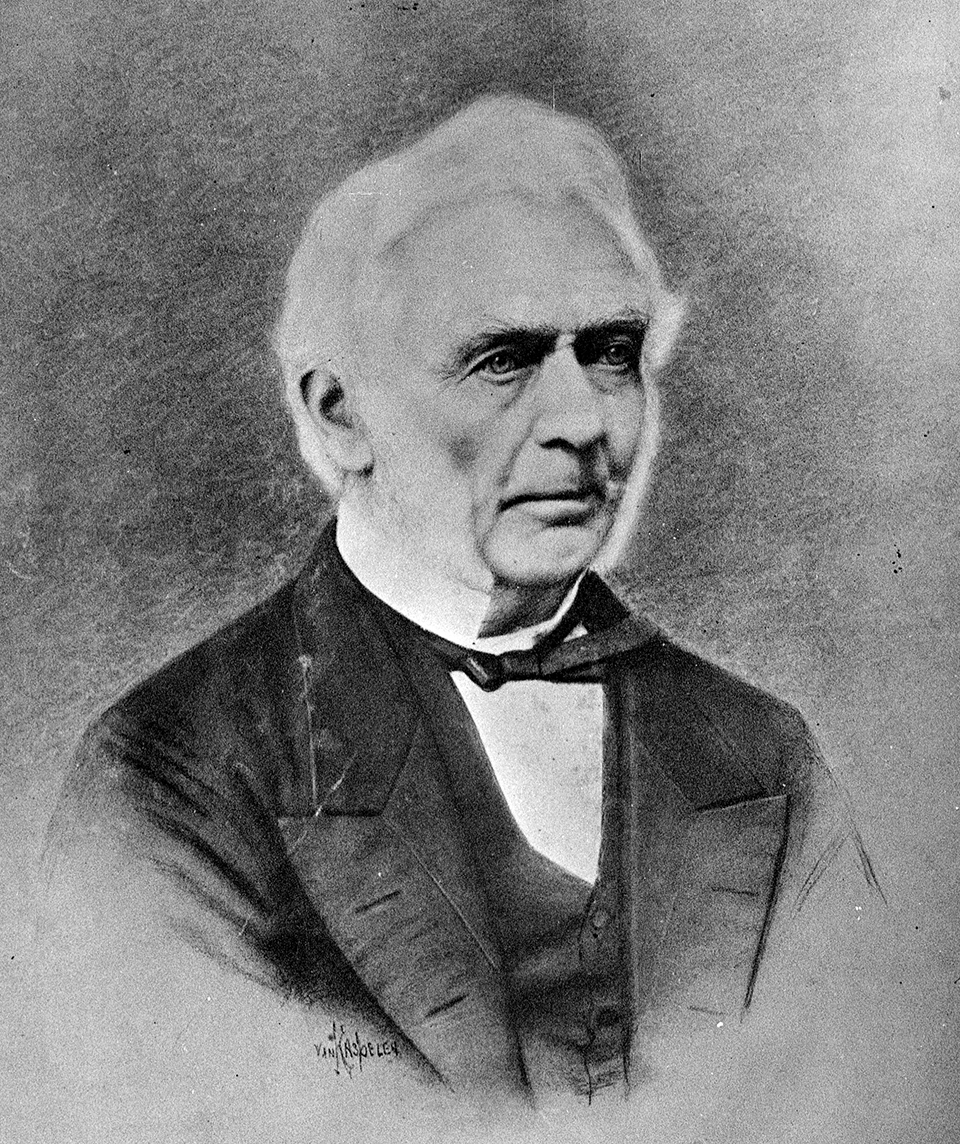 His name is listed amongst those who formed the Pastoral Association in 1823, from whose ranks came many well-known Australian explorers.

In 1826, Thomas was the director and major shareholder of the newly opened Bank of Australia, formed by Macarthur and his select group of friends. Running as an aggressively competitive establishment, in opposition to the 'Convict's Bank', it was robbed in September 1828. The Australian Scrapbook records this event as 'Australia's first bank robbery, which remained unprecedented for many years in its skilful planning and daring execution'. Thieves tunnelled under the basement cornerstone, after removing brickwork from inside the Tank Stream drain. The basement vault had walls nine feet (2.7 metres) thick and was considered to be burglar-proof.

Thomas explored parts of New South Wales in 1837, travelling overland with several other men to Port Phillip. He bought much land during those years, and was elected one of Port Phillip's representatives in the first part-elective New South Wales Legislative Council in 1843.

He was a director of the Bank of New South Wales during the 1843 economic crisis, and had loaned money to Isaac Nichol's sons. Their Woodbine estate in Concord was purchased by James Holt, another of the bank's directors who also suffered during the 1840s depression, and Thomas Walker acquired Woodbine on behalf of the bank. He subsequently purchased the holdings, but continued to live in Lower Fort Street in Sydney Town for many years.

Thomas was one of six politicians who petitioned Queen Victoria to make a new state called Victoria in her honour. His memories of those days were recorded in a journal, published in London in 1838, titled 'A Month in the Bush of Australia'.

Walker concluded his journal with the words,

Another remarkable feature is the small extent of good land compared with the poor and barren, excepting on the banks of rivers. Perhaps nearer the Australian Alps, and other ranges to the eastwards of our course, the country may be better. The great deficiency of interior water-carriage, and even of water for the use of man and beast is also a striking feature and must long prevent this country becoming as great as its extent, climate and locality would lead one to expect. Its coasts may be settled and inhabited, but the boundless interior will only possess a thin population.

His great gifts of observation and practical knowledge of the land guided his purchases. The large pastoral holdings he acquired in many areas of New South Wales, and his astute business sense made him one of the richest and most respected businessmen in Australia.

Politics did not agree with Walker, who wrote many scathing open letters to the people of New South Wales, printed in the Sydney Gazette. They warned of the dangers of settling on land where the rainfall and ground were not suitable, given the severe climate differences in the vast regions to the north of New South Wales, particularly around the New England and Tenterfield areas, where he repossessed hundreds of square miles of property.

In his late fifties and still single, Walker visited his ancestral home in Edinburgh. There he met and proposed marriage to Jane Hart, a spinster aged 28. He brought his fiancée back to Sydney, with his youngest sister, Joanna, acting as chaperone. He married Jane in the Garrison Church in June 1860. She gave birth to their only child in September 1861, but remained in poor health due to tuberculosis.

Thomas remembered his visit to John Macarthur's Camden Estate in 1837, and influenced by that grand mansion, commissioned the colonial architect, Edmund Blacket, to build a cottage at Concord for his family home. The family is believed to have moved into Yaralla about March 1870. Jane died on Boxing Day 1870, when Eadith was nine years old.

Few could have imagined the Italianate mansion which survives on the site, and would become the hub of Sydney society in the 1920s. The house was visited in 1927 by the Duchess of York, later Queen and Queen Mother, to whom the Walkers were distantly related through Thomas Walker's paternal grandmother. The young Prince of Wales visited Yaralla in 1920.

Thomas acted on John Wesley's famous rule, accepted in Victorian society: 'Make all you can, save all you can, give all you can.' In 1877, he attended a public meeting held by the Mayor of Burwood, Alderman Lindsay Thompson, for the purpose of building a cultural institution in the area. He contributed money and a site in Conder Street for the Burwood School of Arts. Here, religious, cultural and educational events, balls, concerts, magic lantern shows and an extensive library provided wholesome entertainment for the populace. [1]

Thomas raised his daughter Eadith to appreciate her wealth and position in society, but also to recognise her obligations, especially during times of financial depression and social upheaval. He often toured local suburbs on the lookout for destitute people needing help. Later he checked to see how they were faring. Before one overseas trip to escape the smallpox epidemic of 1881/2, he entrusted two bank colleagues, Thomas Buckland and Shepherd Smith, with £10,000 to carry on his philanthropic work, although he insisted that his daughter account for every penny she spent. [2]

Thomas worked for the Bank of New South Wales as a director and served as the president for the last 17 years of his life. Shortly before his death in 1886, Thomas Walker left a codicil in his will, giving £100,000 to build a memorial hospital in his name. The Thomas Walker Memorial Hospital (Rivendell) is situated at the end of Hospital Road, Concord West.

His obituary in the Sydney Mail, dated September 1886, reported:

The deceased gentleman was an ardent believer in the principles of Christianity and recognised the obligation which the Founder of the system imposed on believers to do good to all men according as they had opportunity. He lived a pure life and relieved much misery and suffering and in so doing so he established a claim to always be regarded as one of the worthiest of our citizens.