Originally separated from the mainland by a mud flat, which was bridged by a causeway in the 1840s. From 1851, the Australian Steam Navigation Company occupied the island, steadily reclaiming land around the causeway, so that by the 1870s the island had become a peninsula. Ships were built and repaired here until the 1890s. The NSW government bought the site, and wharves and rail links were built to handle wheat and coal shipments. From 1951, the wharf known as 'Pyrmont' was the first landfall in Australia for hundreds of thousands of post-war immigrants. On the western side are two tall buildings constructed for the Navy between 1903 and 1912, the Ordnance Stores and the Royal Edward Victualling Yard. 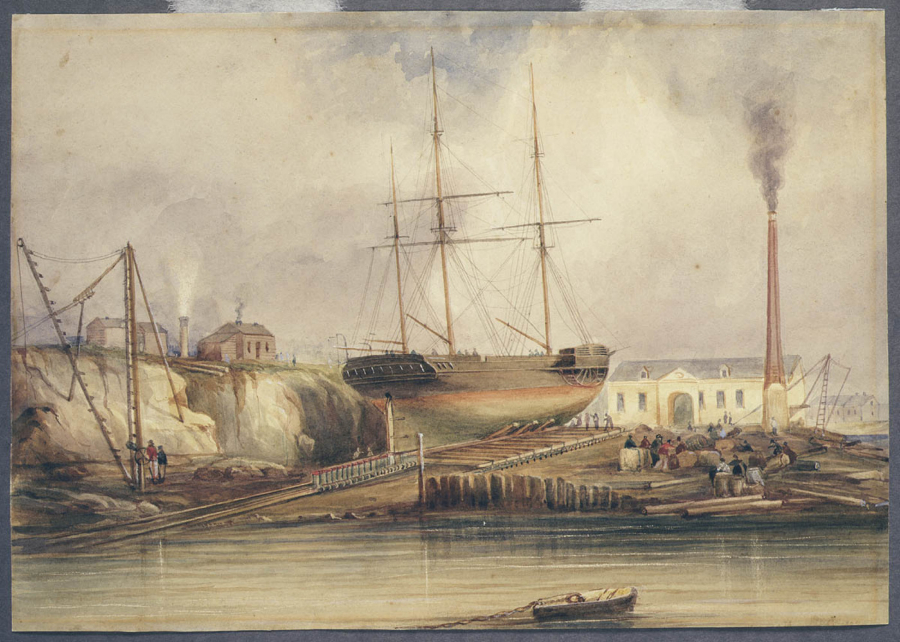