Shearer who enlisted as a private in the 4th Reinforcement, 17th Battalion. Between April 1916 and June 1917 he was reprimanded several times for absence without leave, behaving 'in an insolent manner' and also 'hesitating to obey an order'. Doling was awarded a Military Medal for 'unselfish devotion to duty' during the Battle of Menin Road and in August 1918, he was admitted to hospital for a severe gun shot wound to his right thigh. After marrying in England, he returned to Australia. 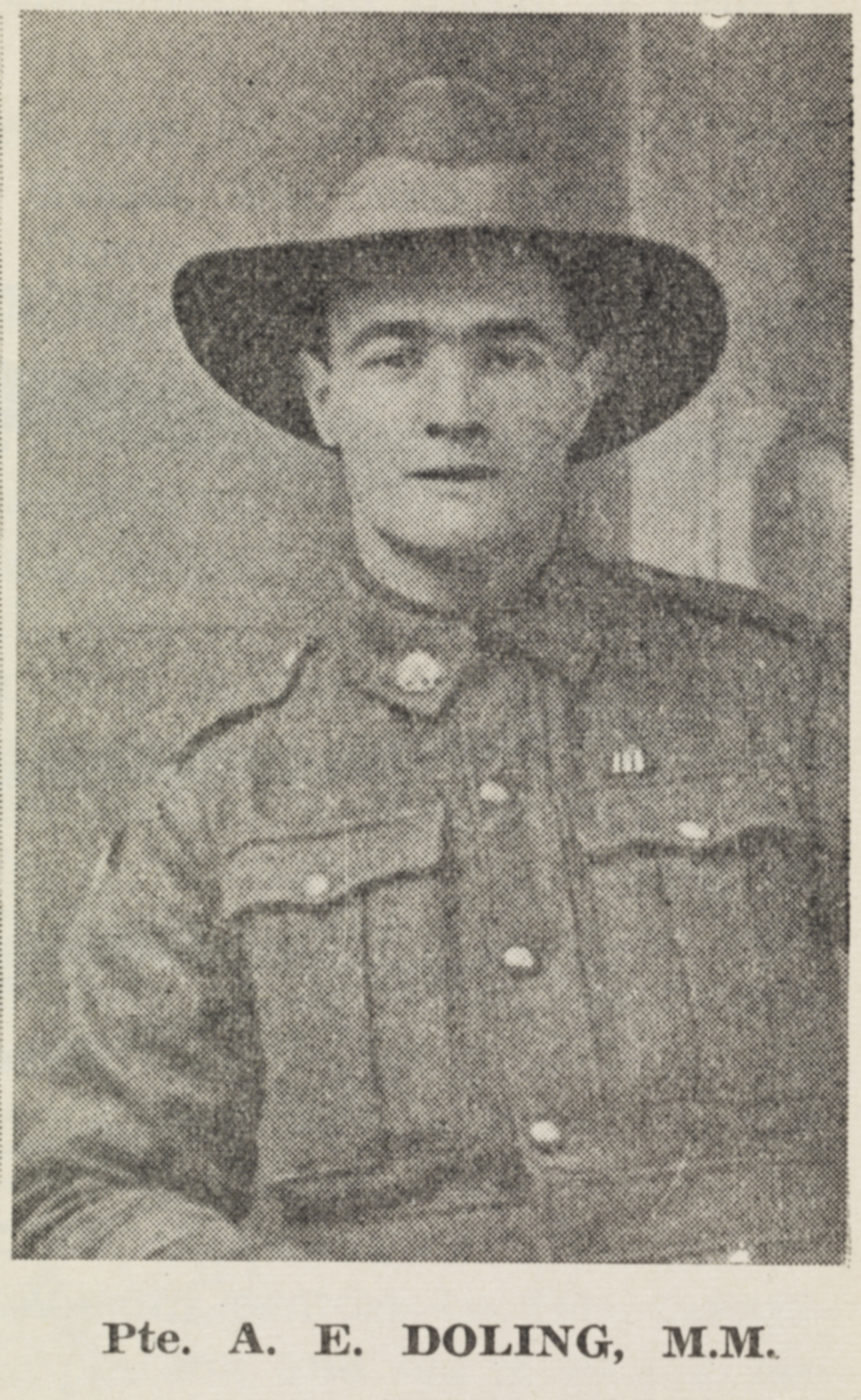