Ranks in open order when the force was inspected by the Colonial Secretary (Mr Brunker), the Premier (Mr GH Reid) and the Minister for Education (Mr Garrard). The Inspector General of Police (Mr Fosberty) conducted the Ministers round the barracks. 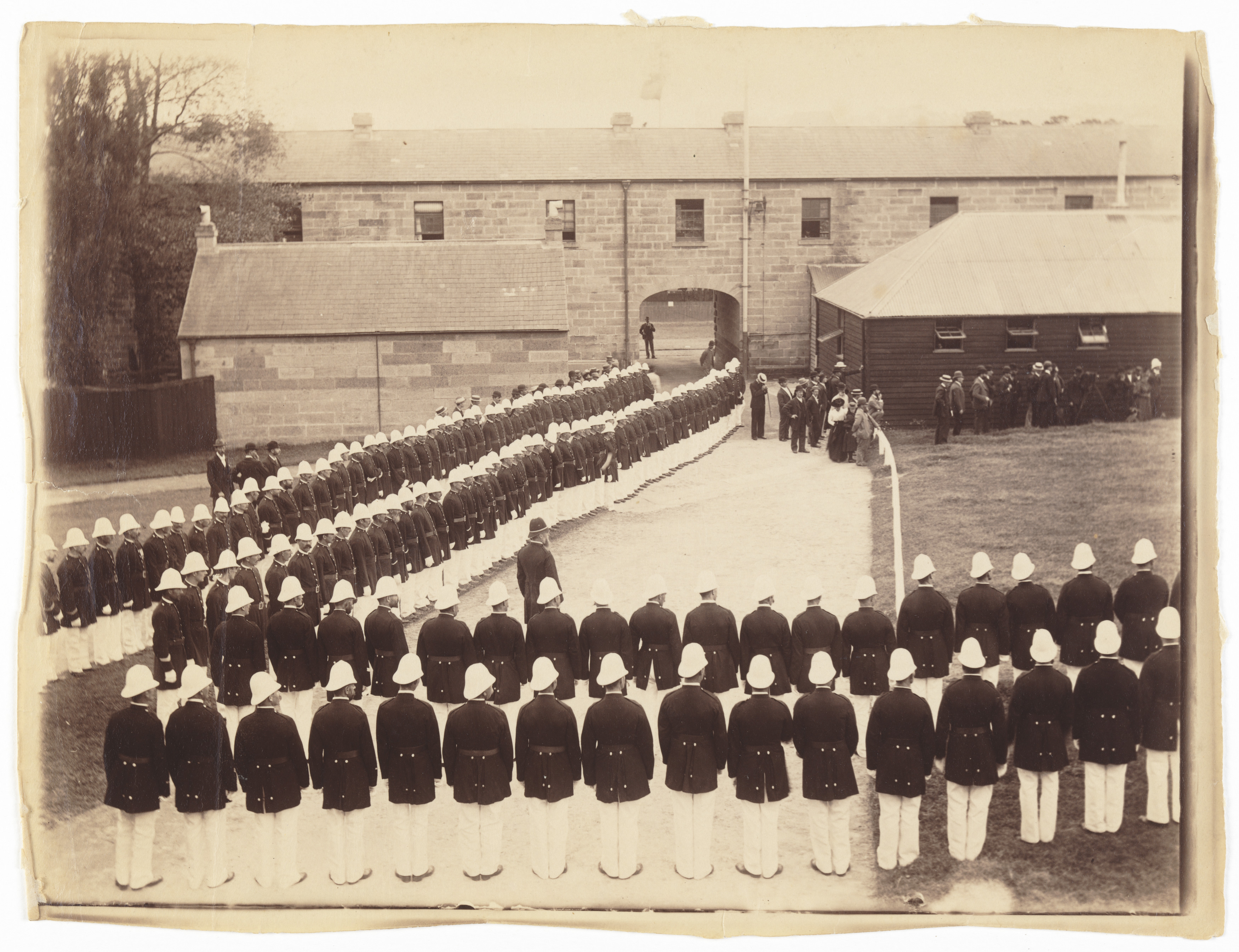