Known as 'The Little Gunman' because of his short stature, Frank Green was the lover of Nellie Cameron and rival of Guido Calletti. He had brown hair and eyes, an L-shaped scar on his right cheek from a razor and several bullet wounds on his body. He worked as a gunman for Tilly Devine's brothels in the late 1920s and clashed with the Devines after the shooting of Gregory Gaffney. He was stabbed to death by his girlfriend at his home on Cooper Street, Paddington. 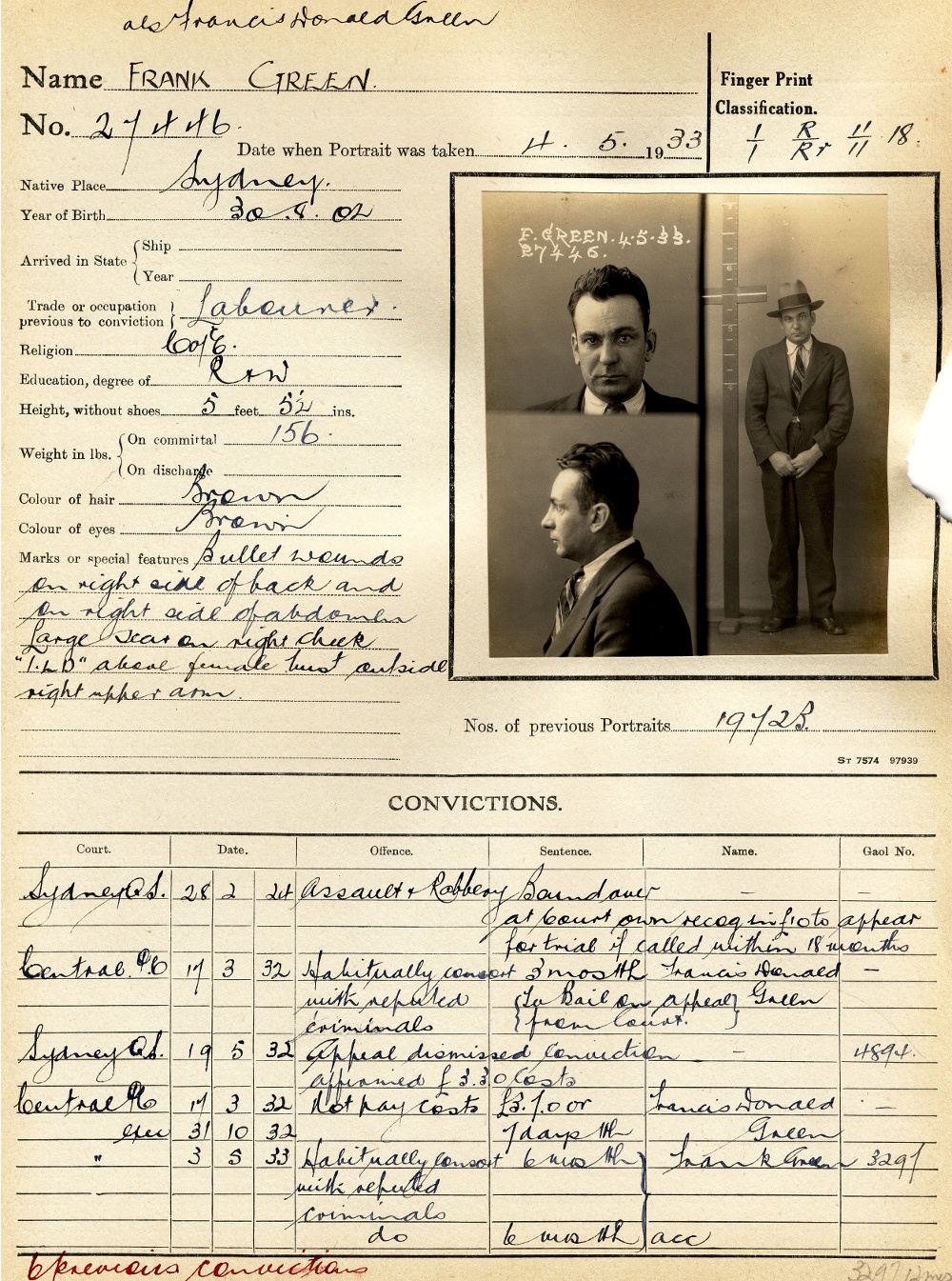