Botanical illustrator who with her sister, made a huge contribution to colonial natural science by collecting specimens and recording them meticulously. 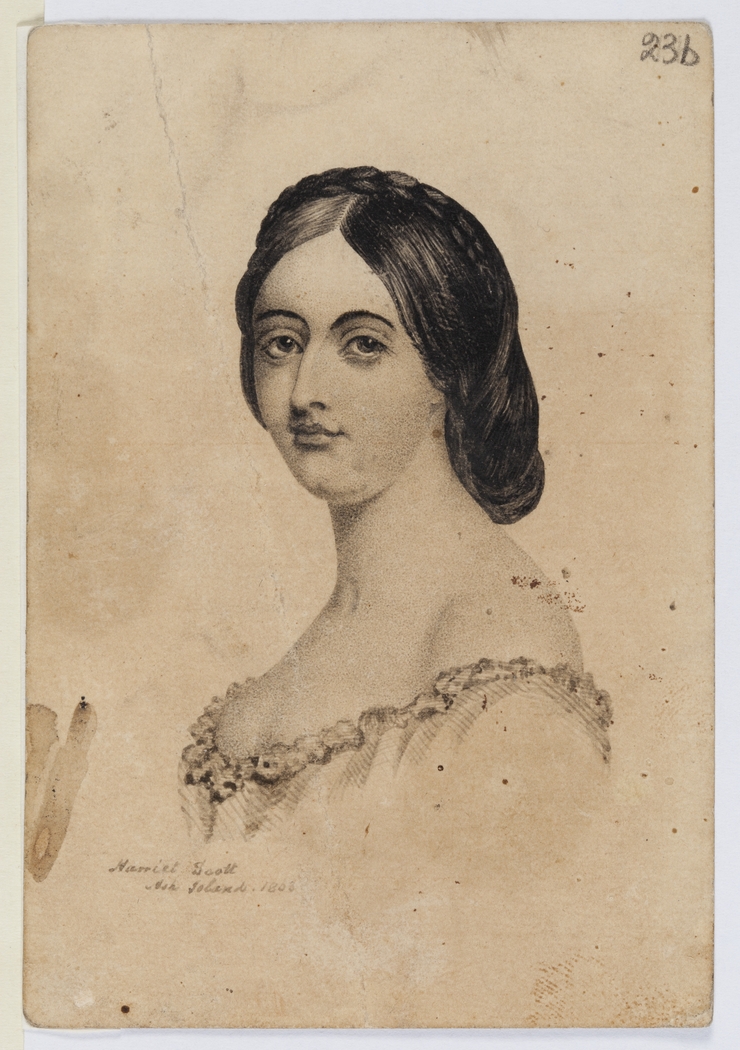 Harriet and Helena Scott were the foremost natural science painters in New South Wales in the second half of the nineteenth century. Their illustrations of native butterflies, moths, plants, reptiles, mammals, shells and flowers, many of which are held by the Australian Museum and Mitchell Library, were scientific and artistic masterpieces that illuminated important scientific publications, and earned them professional recognition in a field of study that was traditionally considered a gentleman's pursuit.