Young Māori woman of the Te Hikutu clan who married former Australian convict George Bruce in New Zealand in 1806. She travelled with him to India, and on their passage back to New Zealand stopped in Sydney, where she died, a month after giving birth to their daughter. 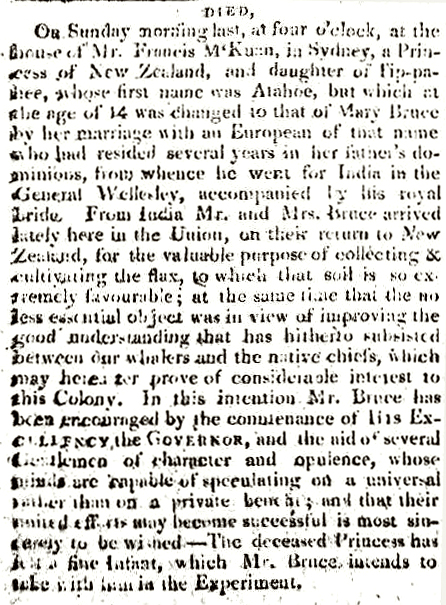