Suburb on lower north shore. It is divided between a leafy residential area on its eastern side and an increasingly high rise, commercial and industrial area to the west. 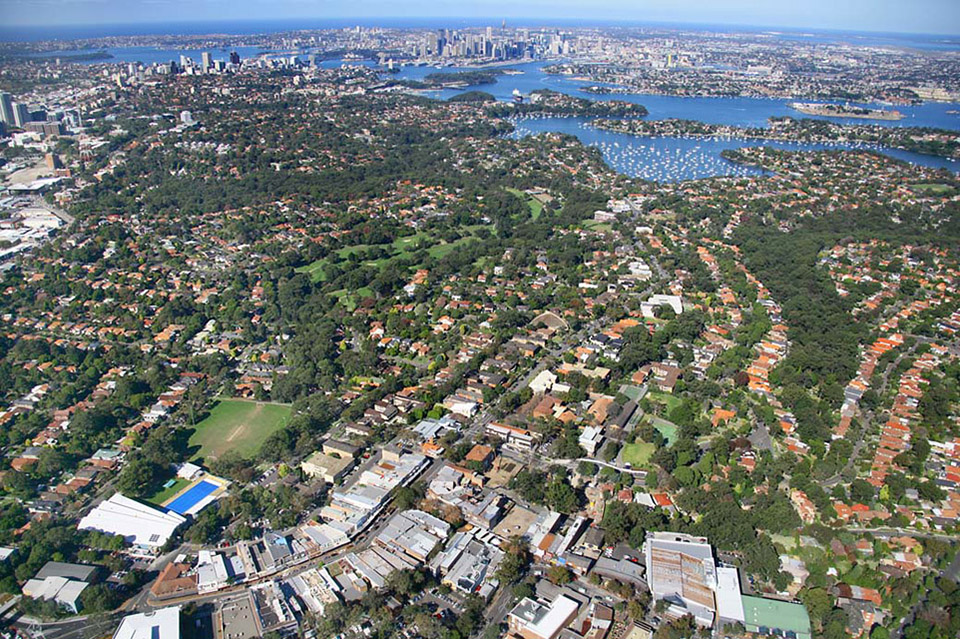 Cammeraygal country until the 1820s, Artarmon became an area of market gardens and orchards, gradually becoming more closely settled. By the end of the nineteenth century, brickmaking was established, and the railway line brought people and commercial development from 1890.