In 1797 two gaols were built in the colony, one at Sydney Cove and the other at Parramatta. Both were timber buildings and both were destroyed by fire.The gaol at Sydney Cove was built of timber logs provided by settlers. With a thatched roof, It had 22 cells and a separate brick building for debtors. The gaol was destroyed by fire in early 1799 and then rebuilt in sandstone. Behind a high wall on the corner of George and Essex Streets in the Rocks, it housed both male and female prisoners. Executions took place in its grounds, viewable by the public who could watch from a nearby hill. The gaol beccame overcrowded and dilapidated but stayed open until 1841 when prisoners were removed to the new Darlinghust Gaol and subsequently demolished. 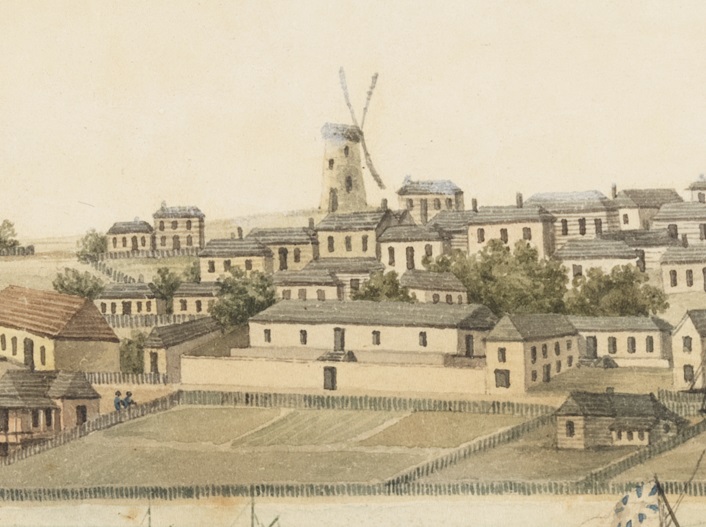 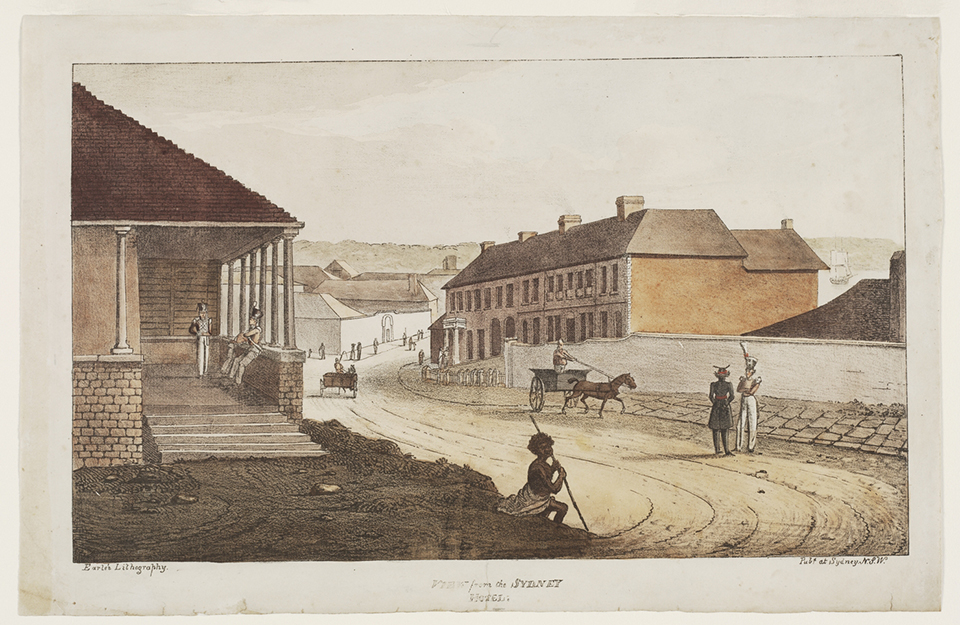 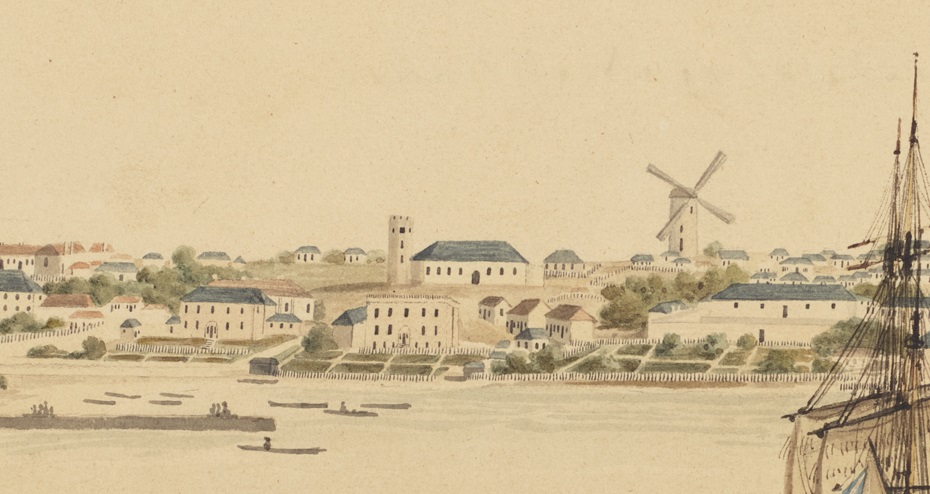 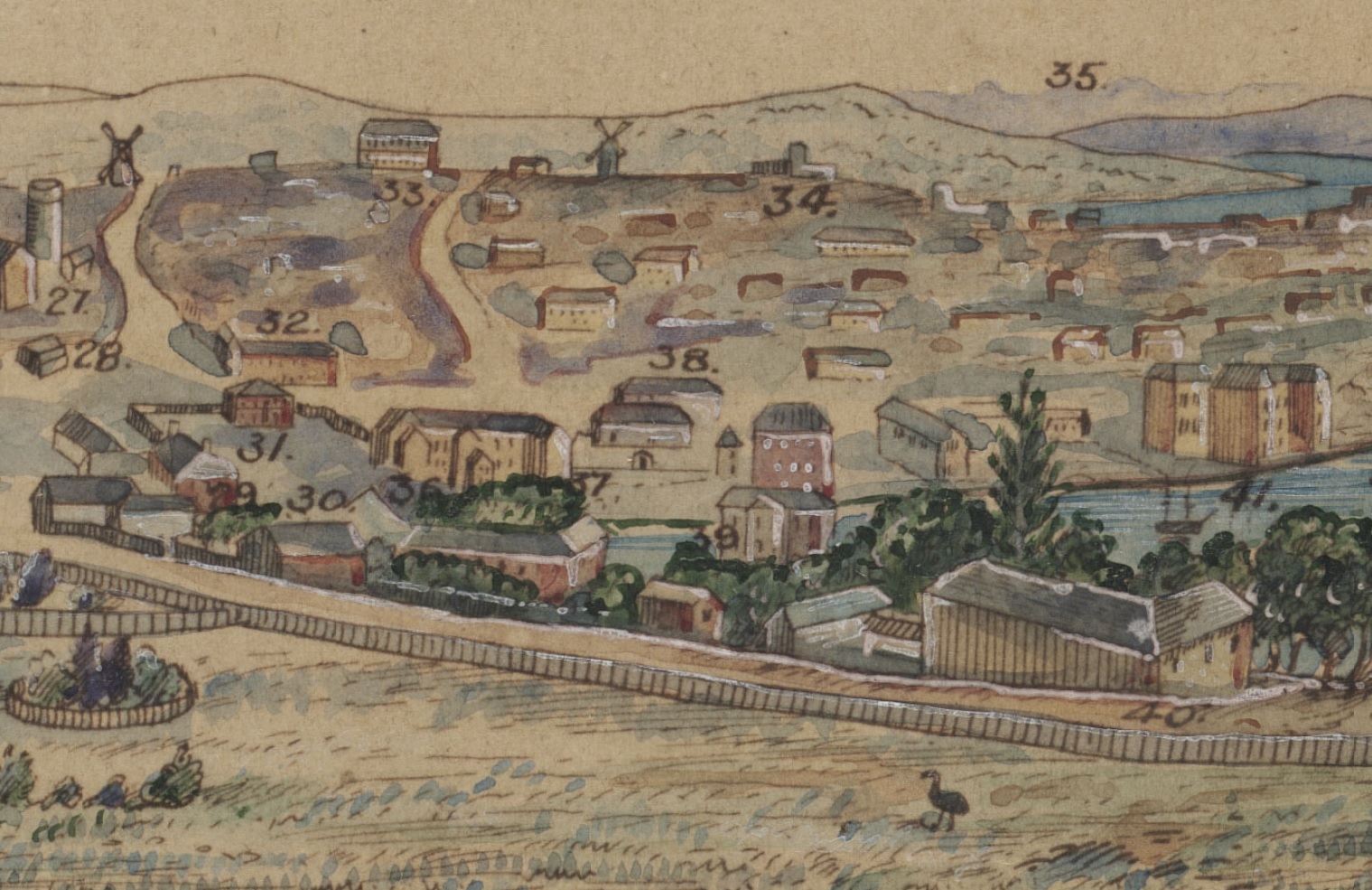