Fountain which was moved to Prince Alfred Park from near the old town hall. It commemorates Dr Mathew Anderson, a surgeon, who arrived in 1827 to take up the post of Colonial Government Surgeon. He campaigned tirelessly for public access to fresh and continuous water supply and drinking fountains. 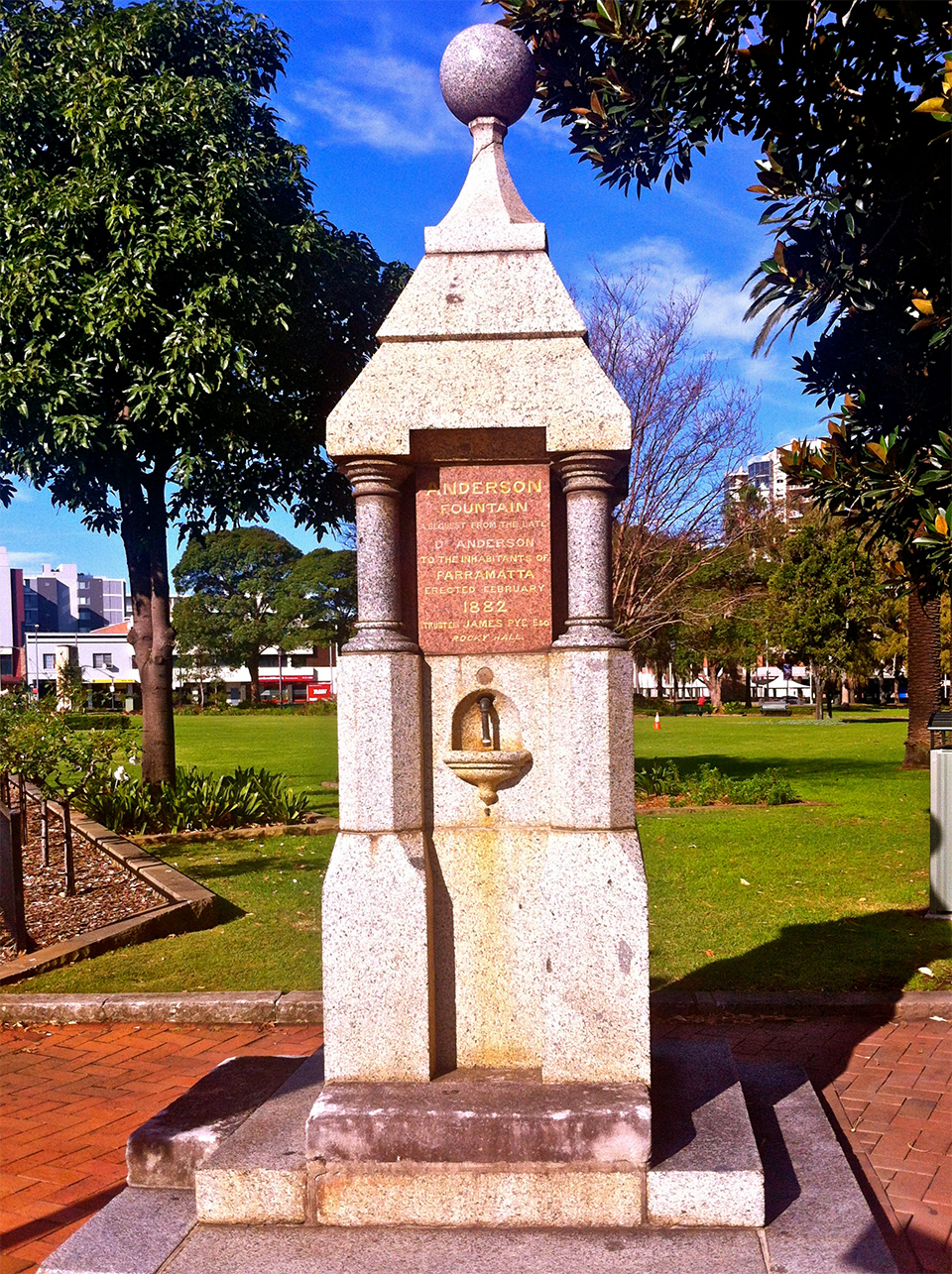