Reservoir built on the site of Simeon Lord's Engine Pond to augment the Botany Bay Swamps Scheme. The Botany pumping station on the western edge of the reservoir delivered water to the city. 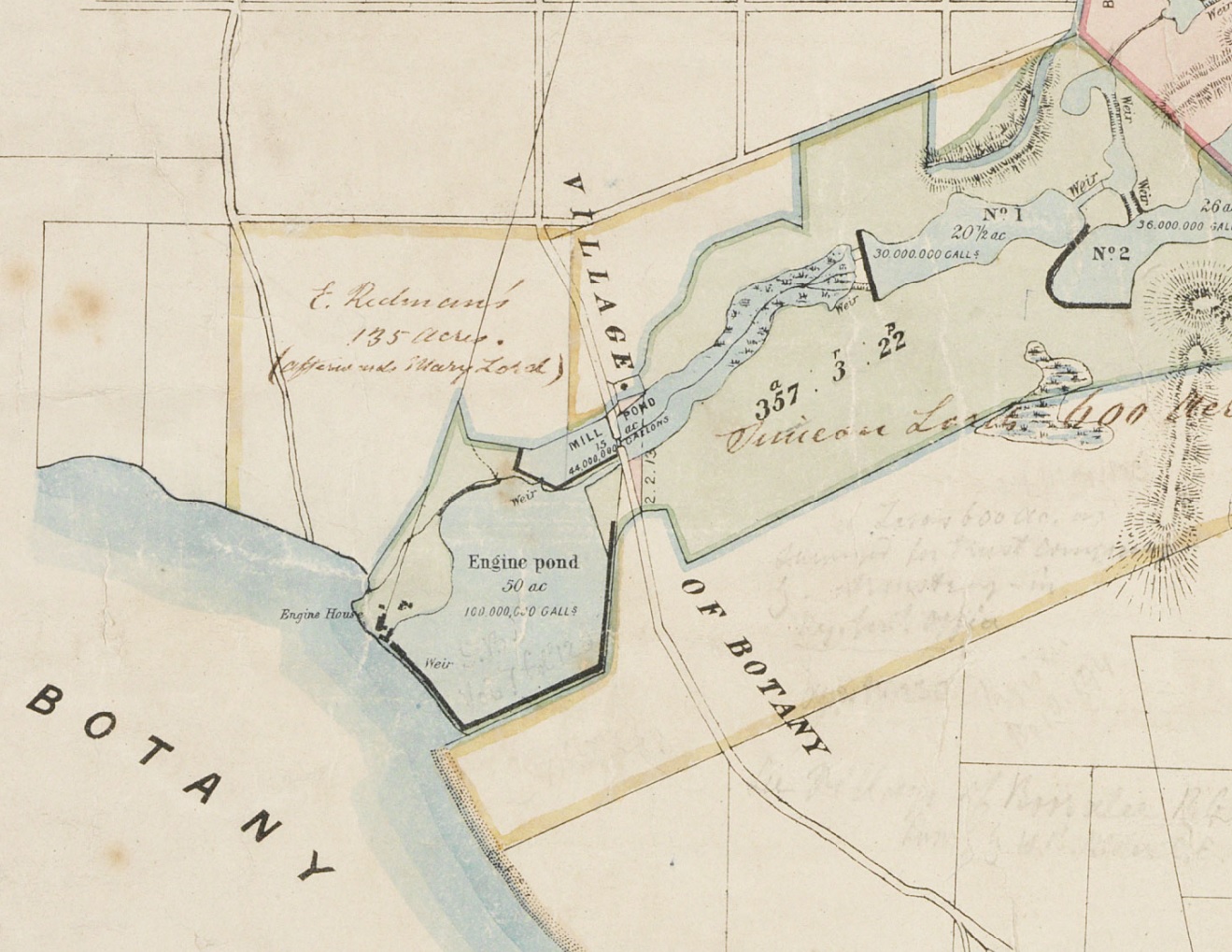