Mary Beckwith was presumably born in England in 1786, the daughter (or stepdaughter) of Mary Beckwith (1766–1820), with whom she was arrested on 10 June 1800 for stealing 46 yards (42 metres) of printed calico in three pieces from the shop of Thomas Ball. Both were committed to Newgate Prison and tried in the Old Bailey on 9 July 1800. Found guilty by the Middlesex jury, they were both sentenced to be hanged, but their sentences were later commuted to transportation for life.

The Beckwiths were among 96 female prisoners on the Nile which left Spithead for New South Wales via Rio de Janeiro on 21 June 1801 and reached Sydney Cove on 14 December 1801. It is not clear to whom Mary was assigned on arrival, but her mother ultimately became the senior housekeeper of Richard Atkins, the newly appointed Judge-Advocate: she is believed to have borne one or more of his illegitimate children. Atkins spoke French and is known to have entertained Nicolas Baudin during his visit to Sydney, so it is perhaps through the Judge-Advocate that the French explorer met the younger Mary. Before his departure, Baudin made a large donation of £50 to the infant colony's Female Orphanage. It has been suggested by Anthony Brown that this may have been proffered as advance compensation for taking the younger Mary Beckwith as a clandestine passenger on the Géographe on 18 November 1802.

In his [media]journal Baudin admitted knowing Beckwith and declared that she more than once asked him to make representations to Governor King on her behalf. Furthermore, he suggests that the governor deliberately turned a blind eye to her embarkation. Lieutenant Henri de Freycinet, however, recorded her presence aboard more bluntly: ' M. B. le Cen Comdt. embarque avec lui une fille publique pour son usage particular.' According to the journal of Charles-Alexandre Lesueur, Beckwith had affairs with other members of the crew and threatened to commit suicide in Koepang (Timor) when Baudin tried to disembark her. Drunk and deeply distraught, she was eventually allowed to return to the captain's cabin and arrived at Port North West at the Isle de France (Mauritius) on 7 August 1803. 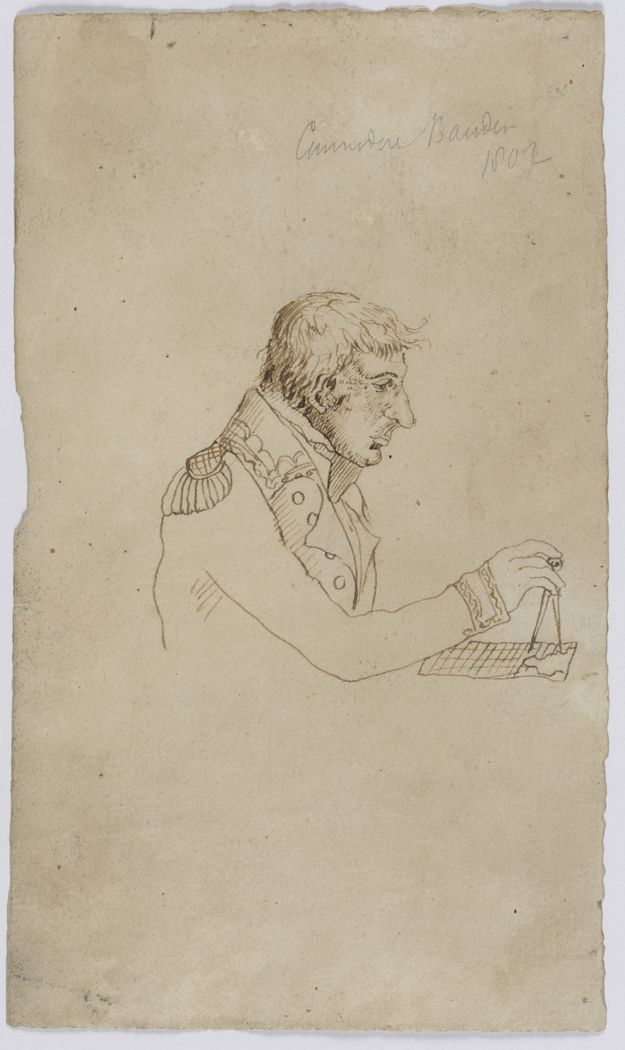 Baudin died on 17 September and Mary appears to have sought assistance from his younger brother Augustin Baudin, then in command of a Danish merchant vessel from Tranquebar. In his private journal, Matthew Flinders, then imprisoned in Mauritius, records being visited in confinement by the younger Baudin and being asked his advice on the 'propriety of taking a young woman to India whom his brother had brought hither from Port Jackson'. Flinders neither recorded his advice nor the fate of the unfortunate younger Beckwith, who was by then 18 years old. Thereafter she disappears from the historical record. Mary Beckwith senior, however, is known to have been pardoned and to have accompanied the former Judge Advocate Richard Atkins back to Britain on the Hindostan in April 1810. The two were married in 1817, three years before Atkins's death.

A Brown, 'The Captain and the Convict Maid: A Chapter in the Life of Nicolas Baudin', South Australian Geographical Journal, vol 97, 1998

C Cornell, (ed and trans) The Journal of Post Captain Nicolas Baudin Commander in Chief of the Corvettes Géographe and Naturaliste, Libraries Board of South Australia, Adelaide, 1974