Links between Australia and Malaysia go back to the eighteenth century when Malay fishermen collected trepang (beche-de-mer) from northern Australia. They established temporary camps and contributed Malay words to the local Aboriginal languages. The term 'Malay' refers to people from areas now in both Indonesia and Malaysia.

During World War II, Australians fought alongside Malayan troops in the 1941–1942 Malayan campaign and then again during the Communist insurgency of 1950–60, and again during the period of confrontation with Indonesia from 1963 to 1966.

The Federation of Malaya became independent of Britain on 31 August 1957.

In 1963, the name was changed to Malaysia to include East Malaysia and Singapore, which nevertheless became an independent country in 1965. Malaysia is a culturally diverse country, including Muslim Malays (60 per cent), Chinese (26 per cent), Indians (8 per cent), and others.

The earliest immigrants identified as 'of the Malay faith' arrived in Sydney from Capetown on the Eden on 11 January 1837. The two men were born in 1815. Ajoup, a groom, was sentenced to 14 years transportation in Capetown and was in Cassilis, New South Wales, when he received his ticket of leave in 1843. The other, named Matthys, and possibly of Dutch origin, was sentenced to seven years and received a certificate of freedom in 1844.

Most of the Malayan-born people in Australia in the nineteenth and early twentieth centuries were pearl divers, who arrived in northern Australia from 1861. In 1871, 149 people in Australia were born in the Straits Settlements and Federated Malay States. By 1901, this had increased to 932. As the White Australia policy was implemented and the pearling industry contracted, numbers fell from 2,191 in 1911 to 1,860 in 1921. By 1933, there were fewer than 1,000. More arrived as evacuees during World War II. In November 1947, immigration minister Arthur Calwell met fierce opposition when he tried to deport 43 Malayan merchant seamen, several of whom had Australian families.

In the 1950s and 1960s, many English-speaking Muslim Malays from middle-class families arrived in Sydney as assisted students under the Colombo Plan.[media] The 2,000th Colombo Plan student was an attractive Malayan girl called Ummi Kelsom, who received much publicity on her arrival in June 1957. Many students later became leaders in their own societies and helped to develop trade and diplomatic links with Australia. 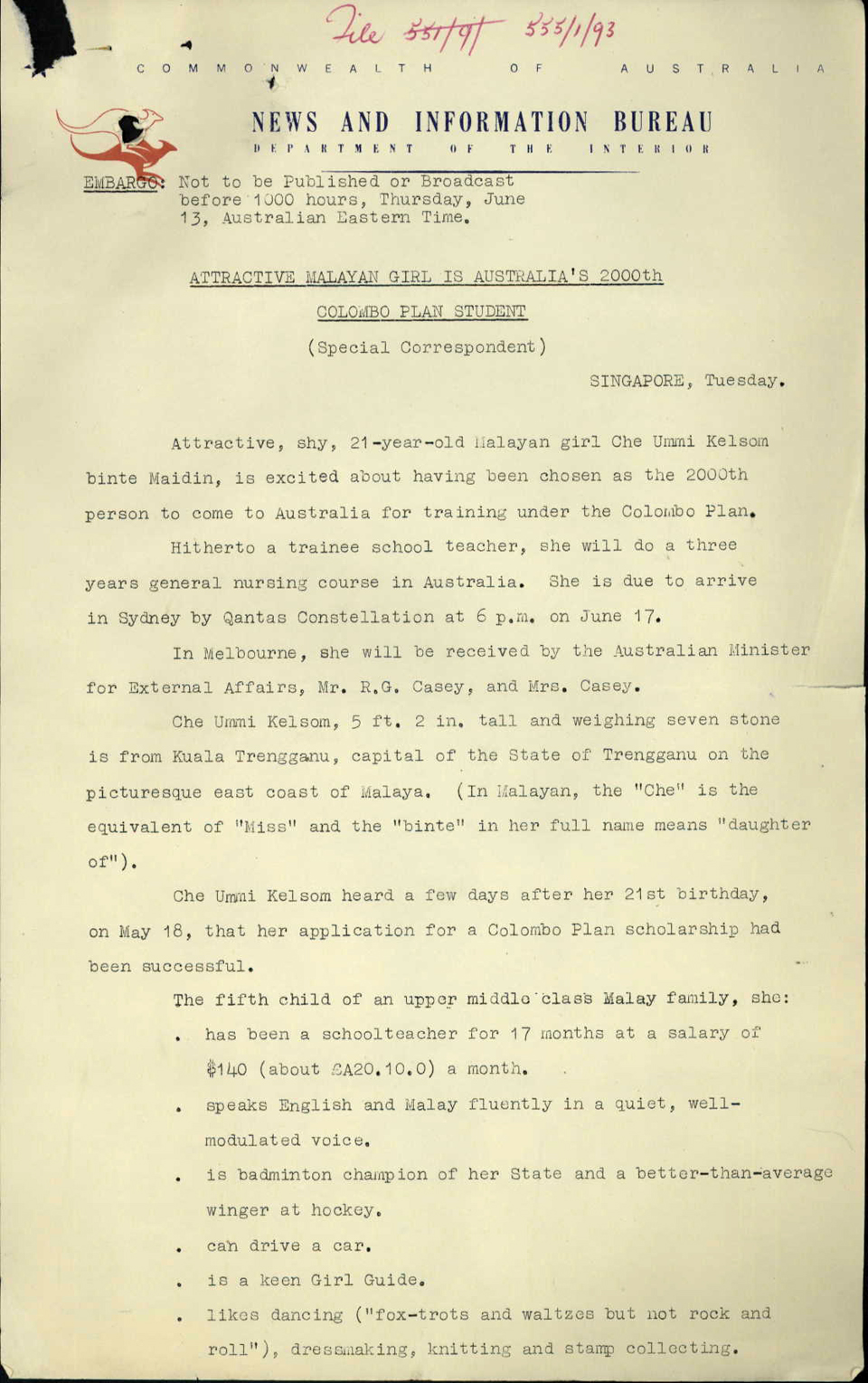 Malaysia remains Australia's fourth-largest source of international students with some 18,547 Malaysian students in universities in July 2006. Each of the Sydney universities has a Malaysian Students Association. At least 25,000 Malaysians are alumni of Australian educational institutions and many send their children to study here. [media]The Sydney University Graduates of Malaysia Association was established in 1988 as the first overseas Australian alumni network. 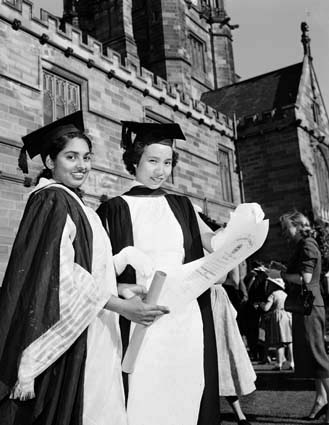 Malaysian businessmen, principally Chinese, have invested in Australia and many have settled on Sydney's north shore. Such landmark Sydney buildings as the Capitol Theatre and the Queen Victoria Building owe their current status to Malaysian enterprise. Both the Australia-Malaysia Institute and the Australia-Malaysia Business Council promote bilateral cultural understanding and economic cooperation.

[media]Many migrants have gone on to have very public careers. Guy Sebastian became an Australian celebrity in November 2003 when he won the first Australian Idol competition. Like federal parliamentarian Penny Wong, Minister for Climate Change and Water in 2008, he was born in Malaysia. 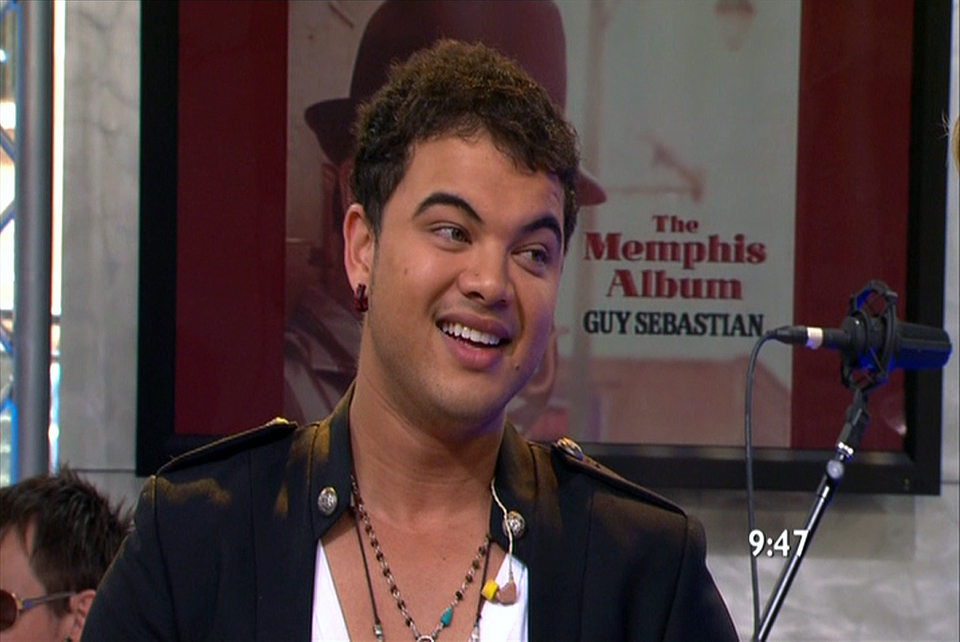 Malays are devout followers of Sunni Islam and the mosque is their community centre. They speak Bahasa Malay at home and language classes are broadcast by SBS and community radio. Most Malaysian residents here, however, are Chinese Christians (43 per cent) or Buddhists (26 per cent). In 1986, Venerable Mahinda from Kuala Lumpur became leader of the Hock Cheng See Buddhist Vihara at Ambarvale, near Campbelltown, and established an Australian Buddhist Mission. For non-Malays, the most common language spoken at home is Cantonese, followed by English and Mandarin.

In 2006, the Malaysian community was the twelfth largest national group in Australia and one of the most successful at integration. Several voluntary associations represent Malay interests and offer Malay language and Islamic classes.

In 1970, the Australian Malaysian Singaporean Association was formed in Sydney to provide a social outlet. It evolved into an autonomous organisation committed to multiculturalism and social and community concerns.

[media]The annual Malaysia Fest at Sydney's Darling Harbour is a celebration of Malaysian culture, featuring traditional performances and spicy Malaysian food. Organised by eight Sydney student associations, it is a highlight of student life, reminding many of home. 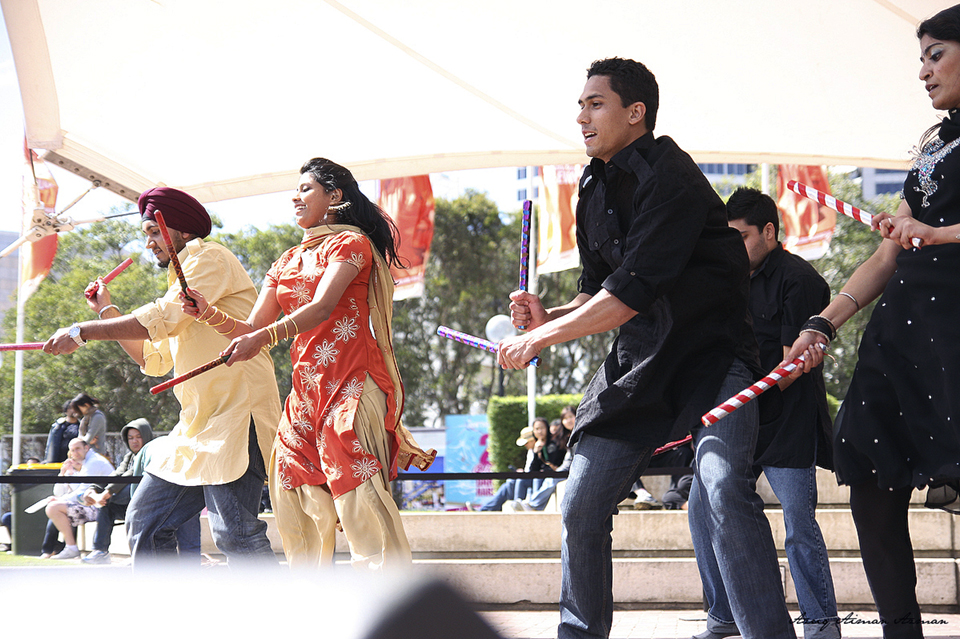 [media]Many Sydneysiders had their first experience of Malaysian culture at the old Malaya Restaurant in George Street. Their cheap fiery sambals and laksas kept many students, both Malaysian and Australian, alive in the 1960s and 1970s. There are now many Malaysian restaurants in Sydney, specialising in such traditional dishes as nasi lemak, roti canai, satay and laksa. 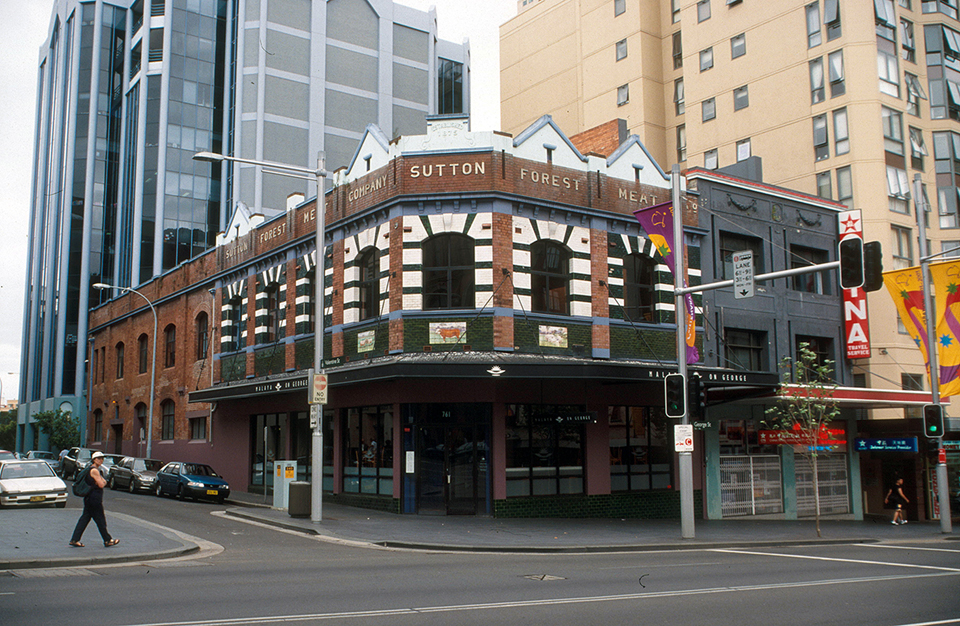