The [media]first Pyrmont Bridge was built across Darling Harbour in 1857. Constructed of timber, it was a swing bridge which allowed shipping to move in and out of Cockle Bay. This was replaced by the second Pyrmont Bridge which was constructed between 1899 and 1902 and still stands. It crosses Darling Harbour at the entrance to Cockle Bay, extending from Murray Street in Pyrmont to Market Street in the City of Sydney. 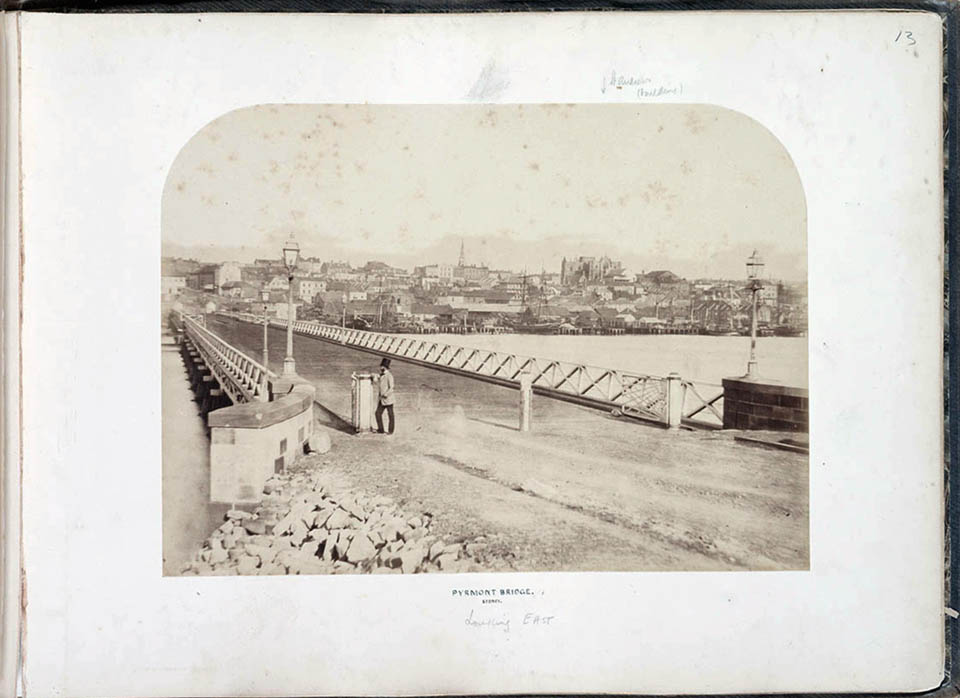 [media]In 1891 the New South Wales Minister for Works announced a public competition for designs for a new bridge. However the winning design for an iron and steel bridge was deemed too expensive. Robert Hickson, the Commissioner and Engineer-in-Chief of the Department for Public Works, produced a design for a bridge of timber, with a swing span constructed of iron, at a cost of £88,000, which was adopted. 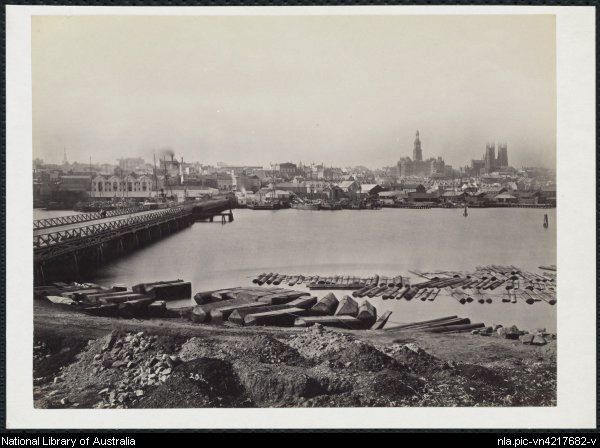 Percy Allan, the Engineer-in-charge of Bridge Design within the Department, [media]used for the bridge a new form of timber truss he had developed, using Australian ironbark timber for its strength. The benefits of the Allan timber truss were the elimination of bending stresses in the bottom chord of the truss and increased load bearing capability, as well as ease of maintenance and reduced cost. 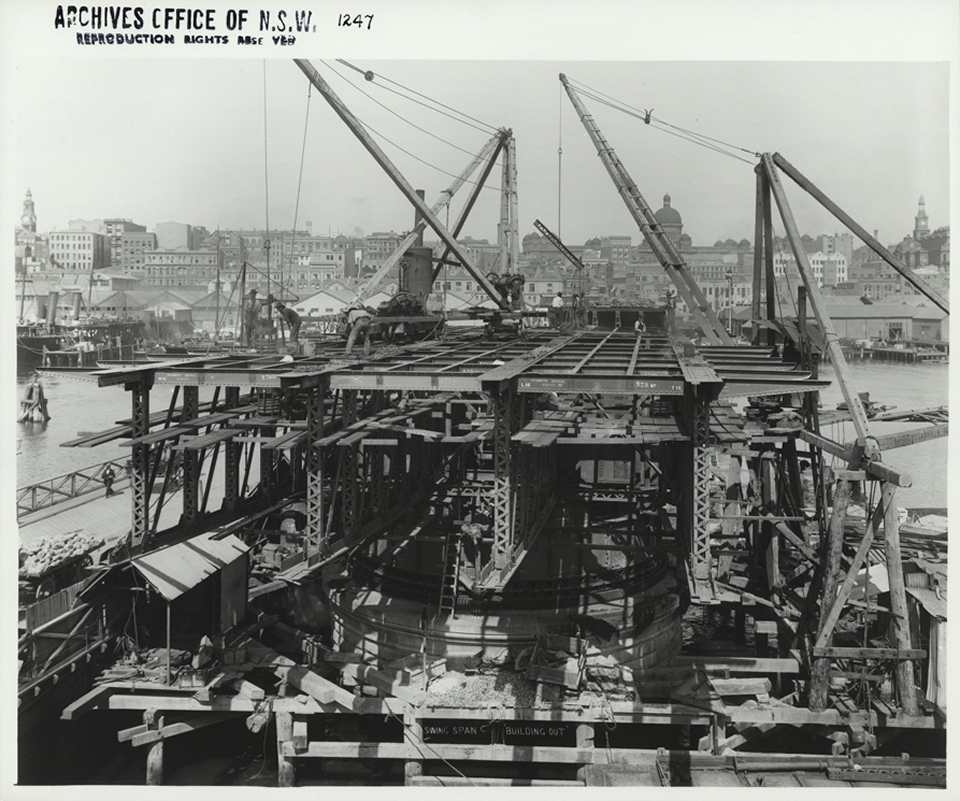 Pyrmont Bridge has a [media]steel swing span supported by a central pivot pier when open and also by two piers at either end when closed. It was one of the first bridges in the world to have its swing span operated by electricity and its span could be moved at 4 miles per hour (6.4 kilometres per hour), controlled from the switch panel located in the bridge watch house. The swing span was said to be the fastest in the world at the time. The bridge was opened on 28 June 1902. The eventual total cost was £112,500 at a time when a carpenter was paid ten shillings per day. 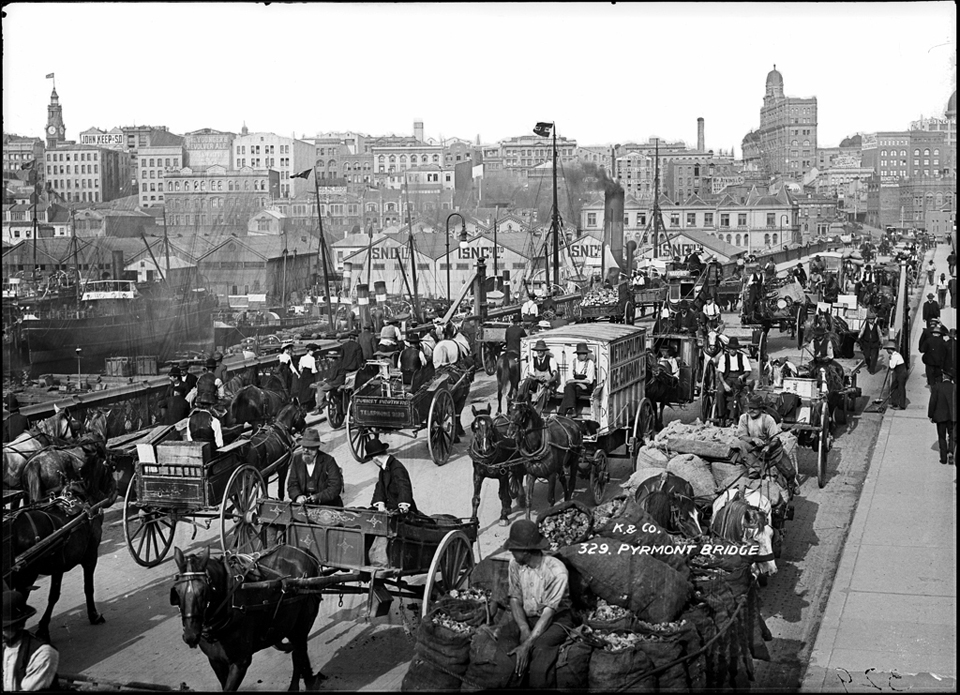 In 1981 the bridge was [media]permanently closed to traffic when the Western Distributor opened. The government ordered the bridge to be demolished, but organisations including the City of Sydney Council and the Institution of Engineers Australia prevailed upon the government to revoke this decision and restore the bridge. It was incorporated as a pedestrian bridge in the redevelopment of Darling Harbour. A [media]section of the Monorail was built across the bridge in 1987. The Pyrmont Bridge was reopened to pedestrian traffic in 1988. 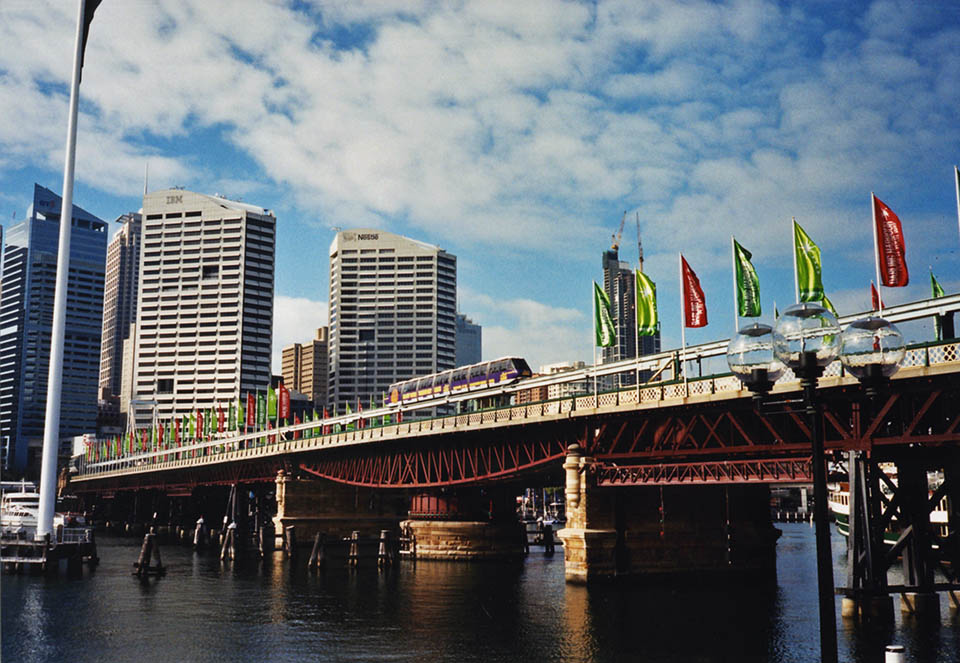 Parliamentary Standing Committee on Public Works, Report together with Minutes of Evidence, Appendix and Plan Relating to the Proposed Removal of the Pyrmont and Glebe Island Bridges, Government Printer, Sydney, 1894