In 1866, the Industrial Schools Act was introduced to [media]control 'wayward' children. This included youths found destitute, wandering the streets, begging, abandoned or committing a crime. The act also allowed for the governor to declare 'any ship or vessel or any building or place together with any yards, enclosures or lands attached there, to be a 'Public Industrial School.' [1] 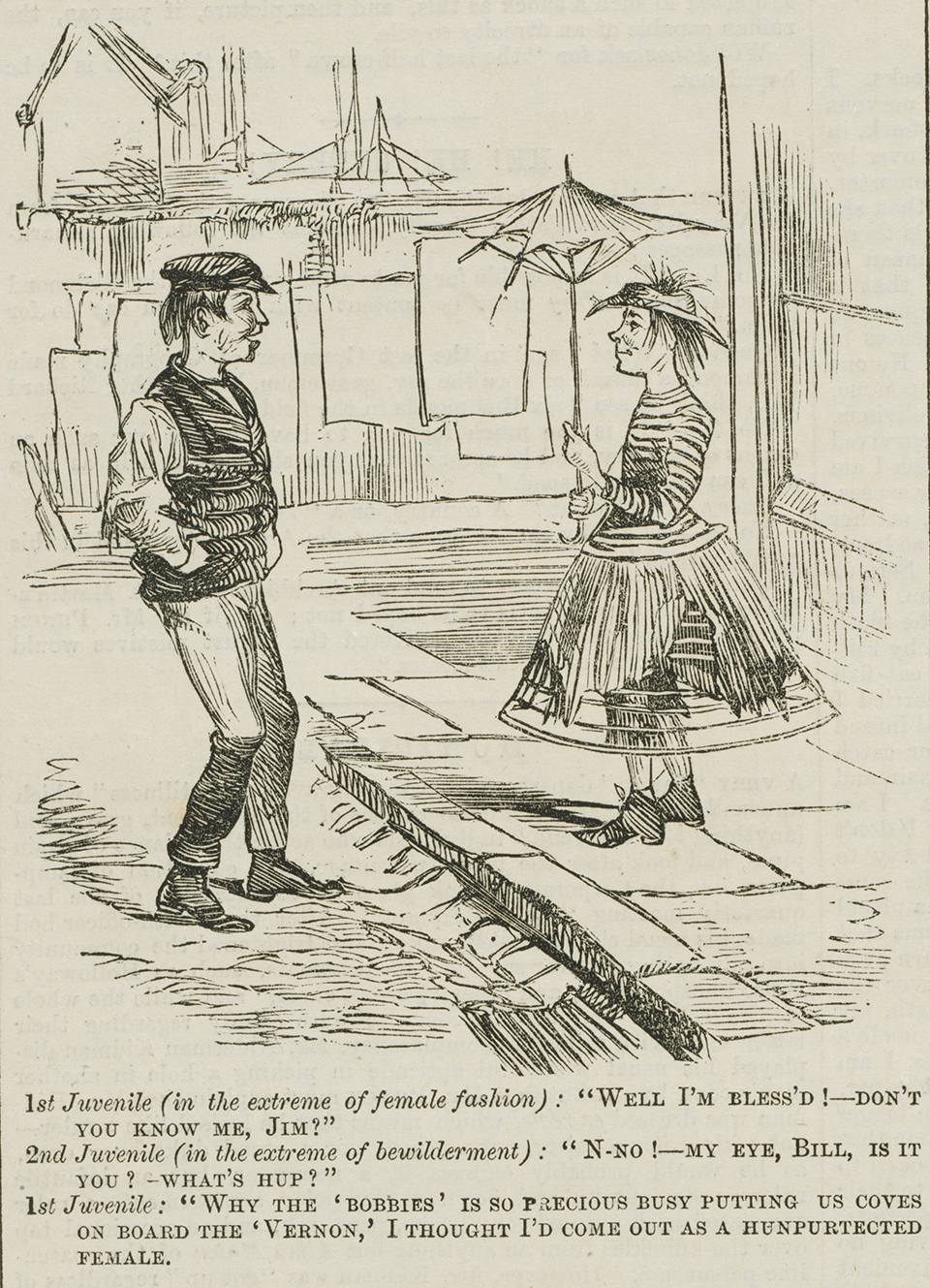 [media]Under this wide-ranging act, the former merchant sailing ship Vernon was purchased in January 1867. It was refitted and declared a Public Industrial School in May 1867. The ship was the embodiment of the principles of the Society for the Relief of Destitute Children. In 1853 the Society had stated its aims: to provide relief for children found in a degraded and neglected state, to place them in protection under good influences, and to train them in the habits of honest industry. [2] 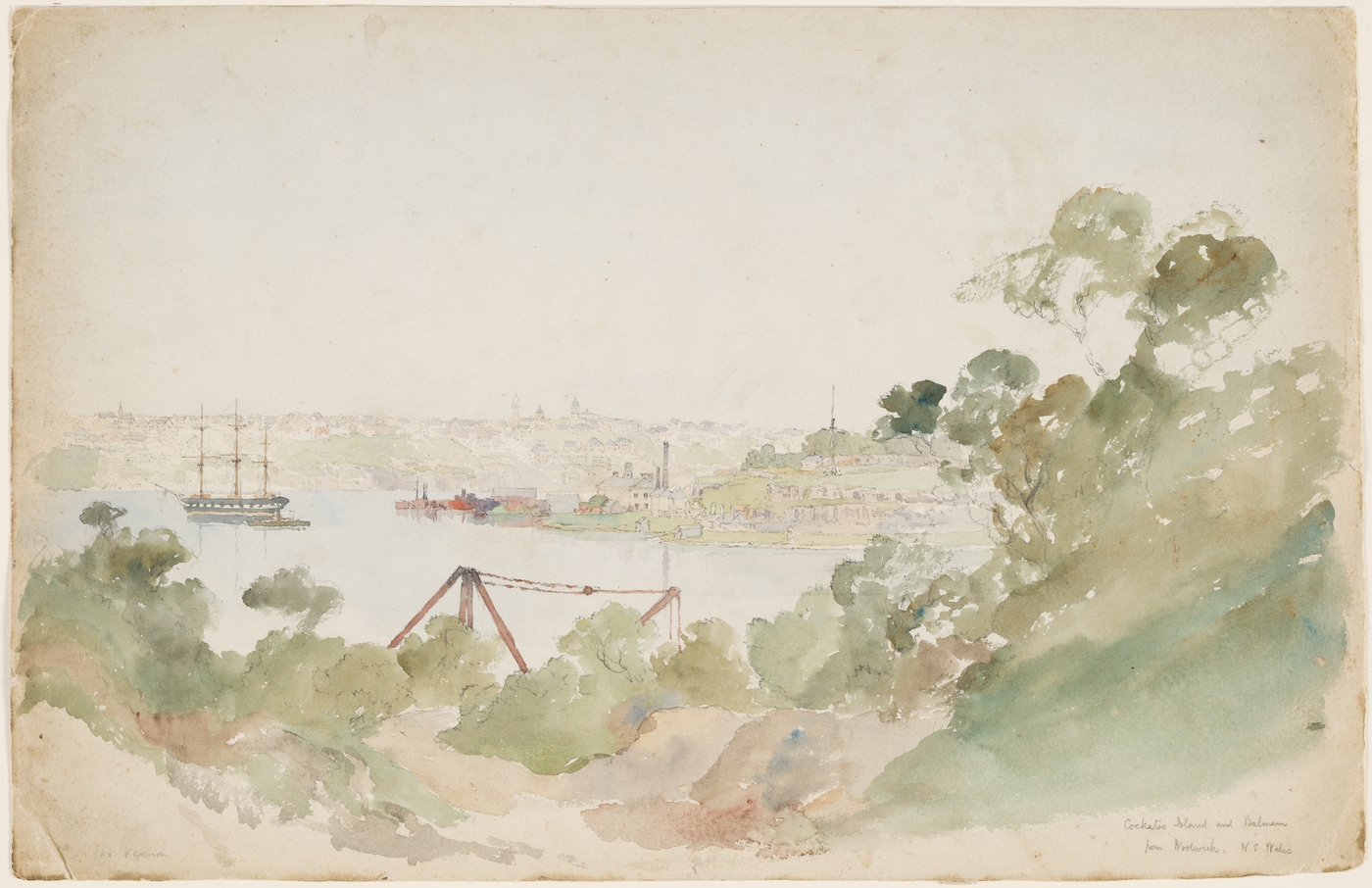 The Vernon was initially moored between the Government Domain and Garden Island. Admissions commenced on 20 May 1867 and by July the following year, 113 [media]boys had been admitted, with some as young as three being sent to the ship. On board, the boys were given moral training, nautical and industrial training and instruction, and elementary schooling. 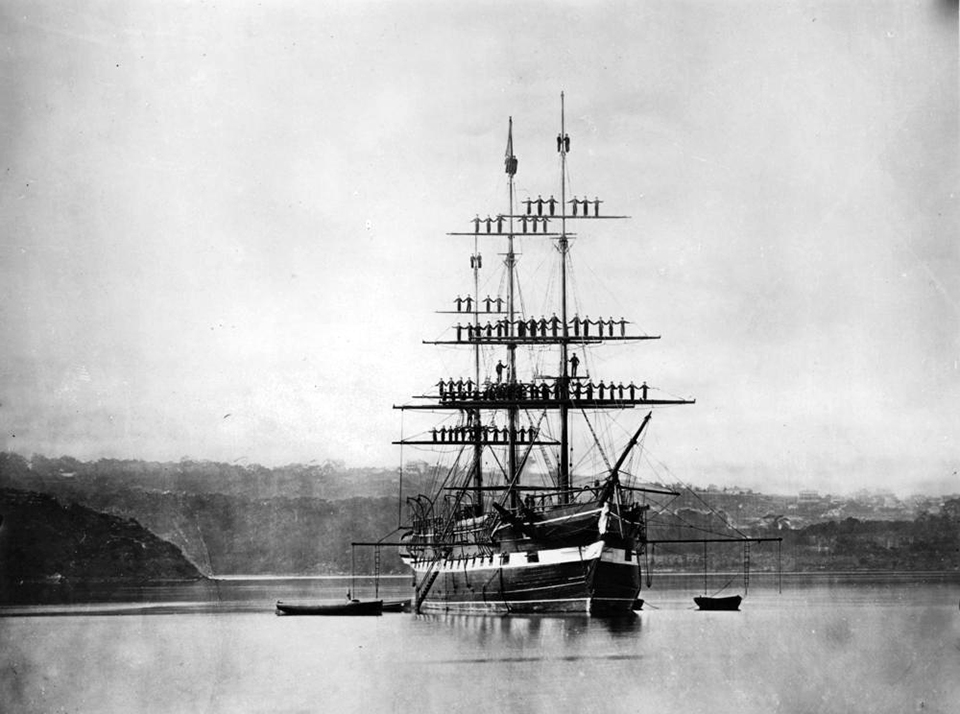 In 1871 the Vernon was moved and moored off Cockatoo Island. The island provided a small plot for the boys to have a vegetable patch and for use as a drill ground and recreational area.

Frederick William Neitenstein[media] had[media] originally joined the Vernon in 1873 as a mate and a clerk. In 1878 he took over as superintendent of the ship and developed a reputation as a reformer. He believed that a combination of discipline, surveillance, physical drill and a system of grades and privileges would create a 'moral earthquake' in the boys and set them on the correct path. In 1896 Neitenstein was appointed the comptroller-general of New South Wales prisons. 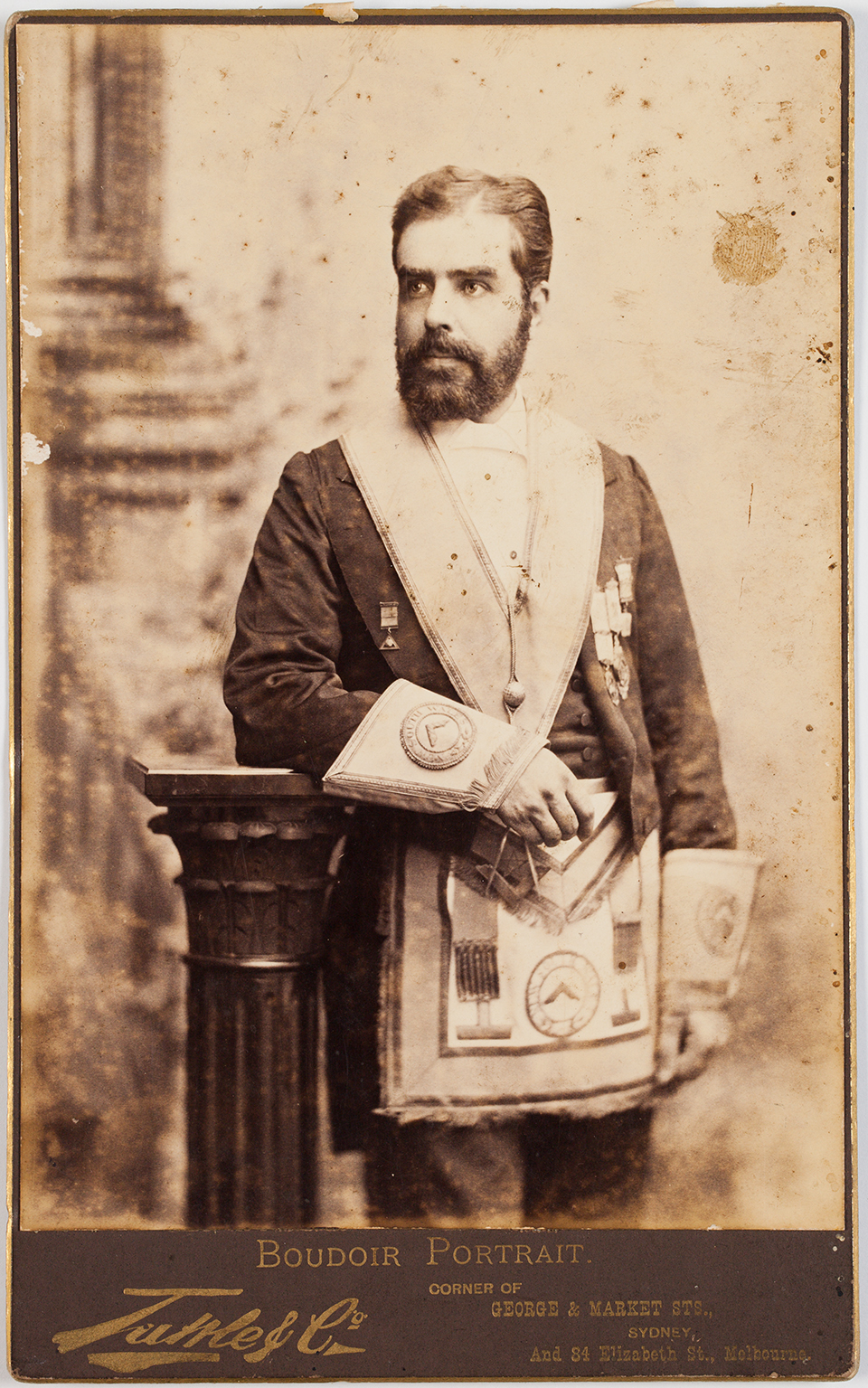 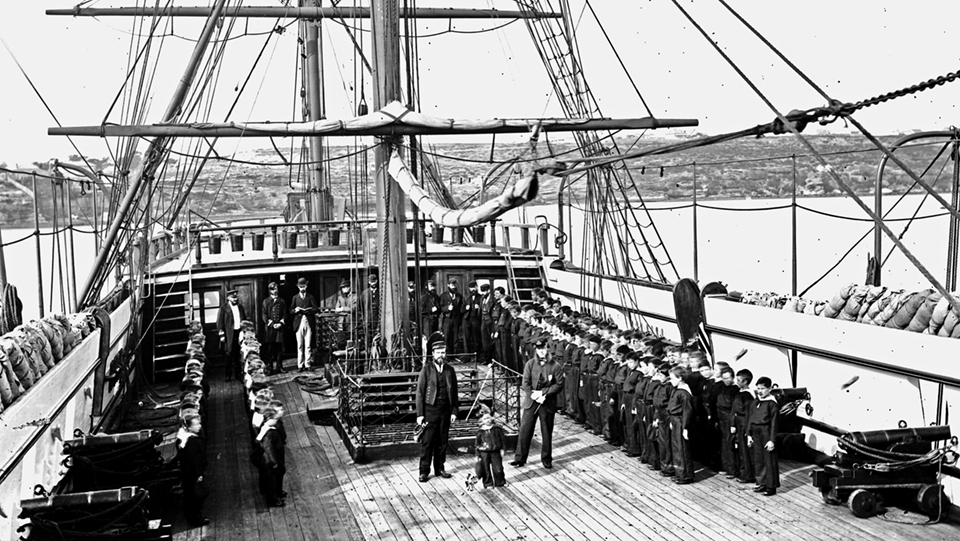 Yet Neitenstein could not overcome the 'fraternisation' between the boys of the Vernon and the girls who lived at the girls' reformatory on Cockatoo Island. Unlike the Vernon boys, the girls were not expected to be reformed and rehabilitated by their incarceration in former convict barracks. Fences were erected to separate the girls from the boys and from the dock workers on the island, yet a number of 'unseemly and unscheduled meetings' occurred. The girls were eventually relocated to Parramatta in 1887. [3]

In 1892 the Vernon was replaced by the Sobraon which was nearly three times its size. The Vernon was sold, and burnt in Kerosene Bay in 1897. The Sobraon continued the traditions of the Vernon, but the idea of Nautical School Ships was in decline. The number of boys sent to the ship began to fall in 1905, after new laws introduced a system of juvenile probation. In 1911 the boys remaining on the ship were discharged to parents or guardians, apprenticed, or sent to the Mittagong Farm Home or the Brush Farm Home for boys at Eastwood. The Sobraon was sold to the Australian Navy, renamed HMAS Tingira and continued as a training ship until 1927.