Reform school for girls established on Cockatoo Island in 1871.

Product of a public controversy about neglected and wayward children, Biloela Reformatory was seen as an advance on imprisoning girls in adult gaols, but it quickly became a dysfunctional institution and lasted less than a decade. 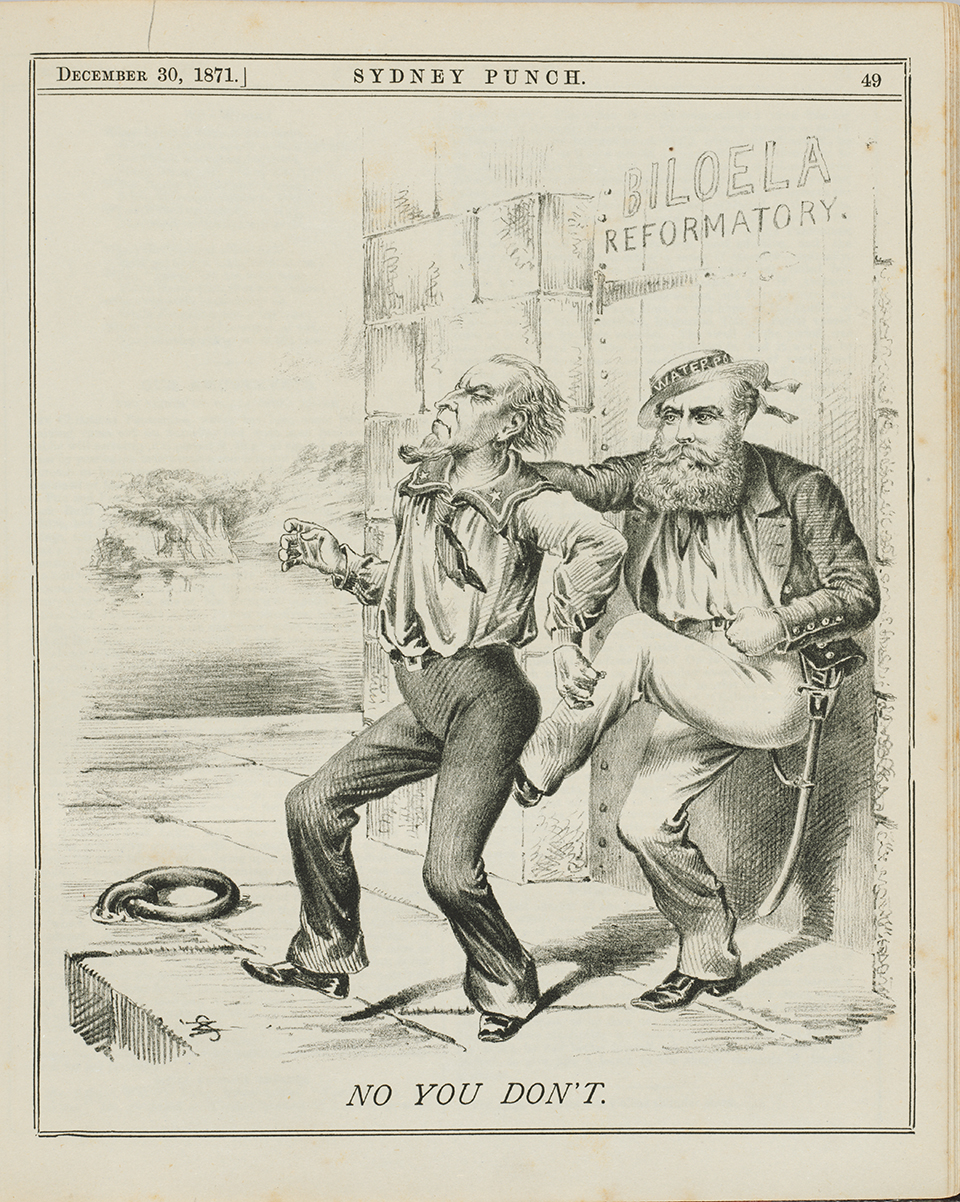