Two thatched sheds hastily erected to to cope with the high rate of illness of convicts who worked and lived in harsh conditions. 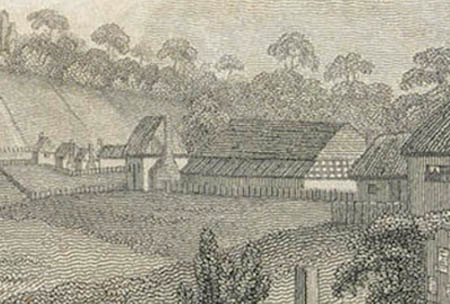