[media]In the late 1870's Glebe was becoming a more sophisticated suburb with the creation of three public buildings near the corner of St Johns and Glebe Point Road. [1] Designed by the Colonial Architect James Barnet, a police station, a post office and courthouse were built within close proximity to each other. 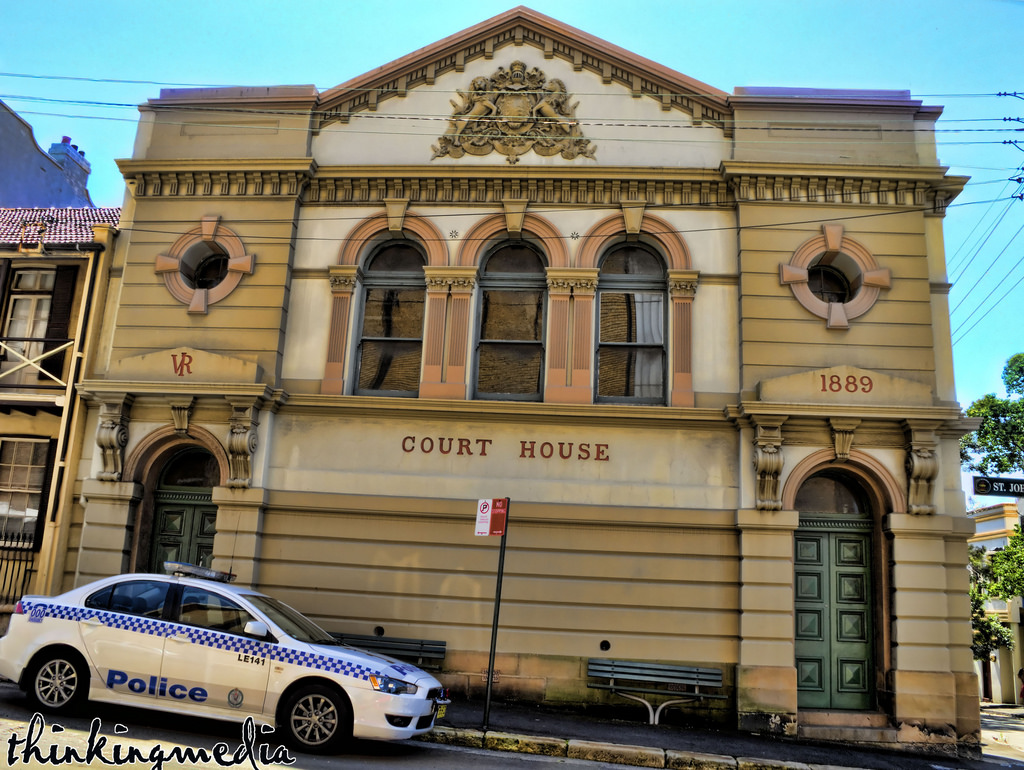 [media]The courthouse is a fine example of Victorian Italianate architecture adapted to suit its suburban location. The building has a classical facade and the courtroom features coffered ceilings in dark timber. There is also a small stone cottage at the rear, dating from around 1840, that was used as the earlier courthouse. [2] 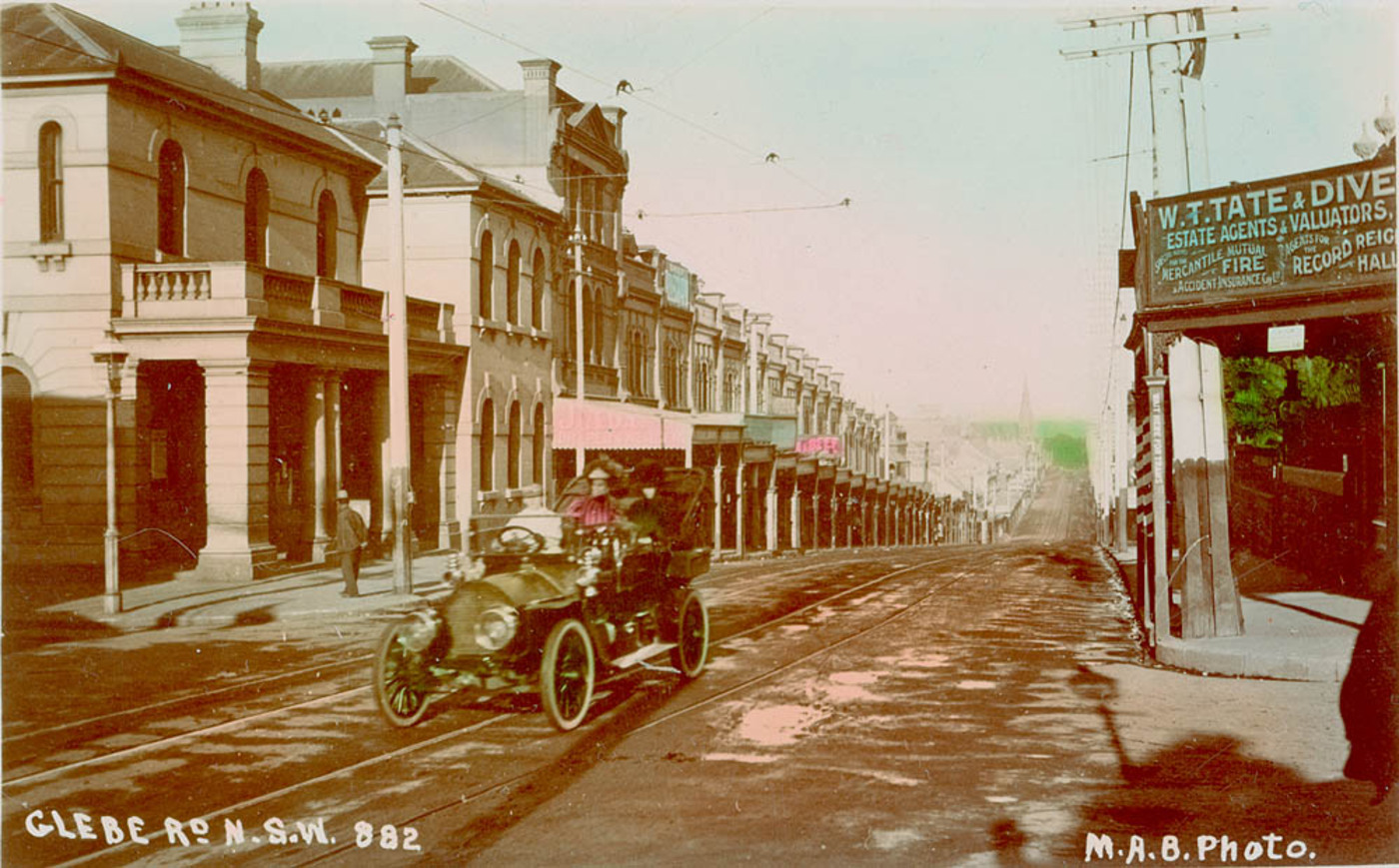 Formerly, the Sydney metropolitan police area comprised just two courts: the Central Sydney [media]and Water Police courts. By 1889 an additional four courts had been added in Newtown, Redfern, Balmain and St Leonards. These six courts were presided over by nine stipendiary magistrates [3] that included one acting and two deputy stipendiaries. [4] The increase in population in Sydney led to an increase demand for courts to deal with local litigation and petty crime.

An ornament to Glebe

[media]The New South Wales government purchased land for the proposed Glebe courthouse in 1888 for 800 pounds; a further 4,000 pounds was allocated for the building. [5] In January 1889 the government called for tenders to erect the courthouse [6] and James Barnet was successful. While the courthouse was built in 1889, it was not used for the first time until 26 February 1890 when the city coroner commenced an inquiry into a local fire. At this time the structure, was described as being: 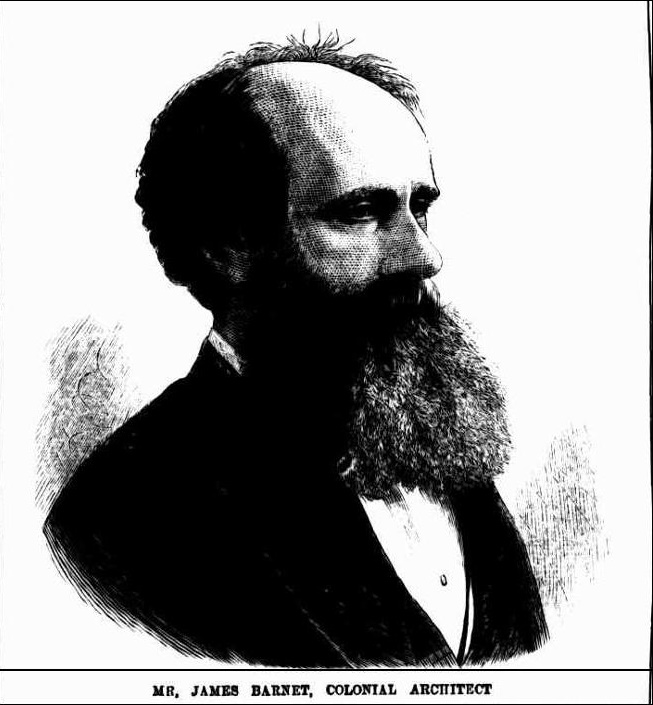 …splendidly fitted up and carpeted, and it is acknowledged by judges to be superior to any other suburban police court. [7]

Use as a courthouse

By early April 1890, the courthouse had only been used on seven occasions for revision courts. [8] Frustrated that the building was still not open for business as a courthouse, aldermen on Glebe Council wrote a letter of complaint to the Minister for Justice demanding to know why. [9]

Mr TJ Houghton, MLA, responded with the advice that the department was not prepared to appoint additional stipendiary magistrates without which the building could not be used for court purposes. Houghton suggested that the council take control of the building and use it for 'public interest (notably as a school of arts)'. [10] This caused much discussion among the council but with no clear resolution. Aldermen on Paddington council were also pressuring the government to open the Paddington courthouse that was built in 1889 and still not in use.

By 1892 the Minister for Justice, Mr RE O'Connor, advised that:

…having failed to find any other use to which to put the new Paddington and Glebe courthouses,…(it has been) decided that they shall be opened as the beginning of the next year and used for the purposes for which they were built. [11]

On 4 April 1893 the court was opened for local police business. The opening was 'strictly informal and no ceremony of any sort observed'. [12]

The end of the courthouse

[media]By 1976 the courthouse was no longer in use as a court. [13] It has subsequently been used as a space for meetings and a venue by the Glebe Music Festival. Today the courthouse is leased as office space administered by the Attorney General's Deportment. 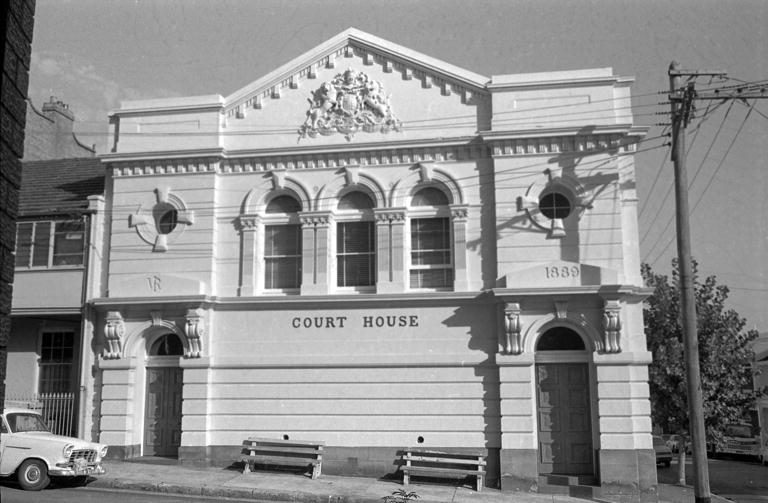 [3] In 1881, the first six stipendiary magistrates were appointed by Governor Loftus to deal with criminal summary offences in the Sydney district under the Metropolitan Magistrates Act 1881. This was a result of the difficulty in getting legally skilled lay justices to sit in summary trials. New South Wales, Parliament Journal 65, part 1(Sydney: New South Wales, Parliament, Legislative Council, 1904): 16