The current Glebe Island Bridge, known as the Anzac Bridge and opened in 1995, is the third bridge to span the entrance to Rozelle and Blackwattle bays.

Before the construction of the first bridge in 1861, the narrow crossing from Pyrmont across to the Glebe Island was made by punt. The punt served the relatively small amount of traffic well until the opening of the Glebe Island abattoir in 1860, which increased traffic generally and added the pressure of stock transportation.

[media]In 1861 the first timber bridge across the channel was opened. Known as Blackbutt Bridge, because it was constructed out of Tasmanian blackbutt logs, the bridge included a hand-cranked manual lift-span, opening to allow shipping to pass through to the bays. The Blackbutt Bridge remained in service until replaced by the second Glebe Island Bridge in 1903. 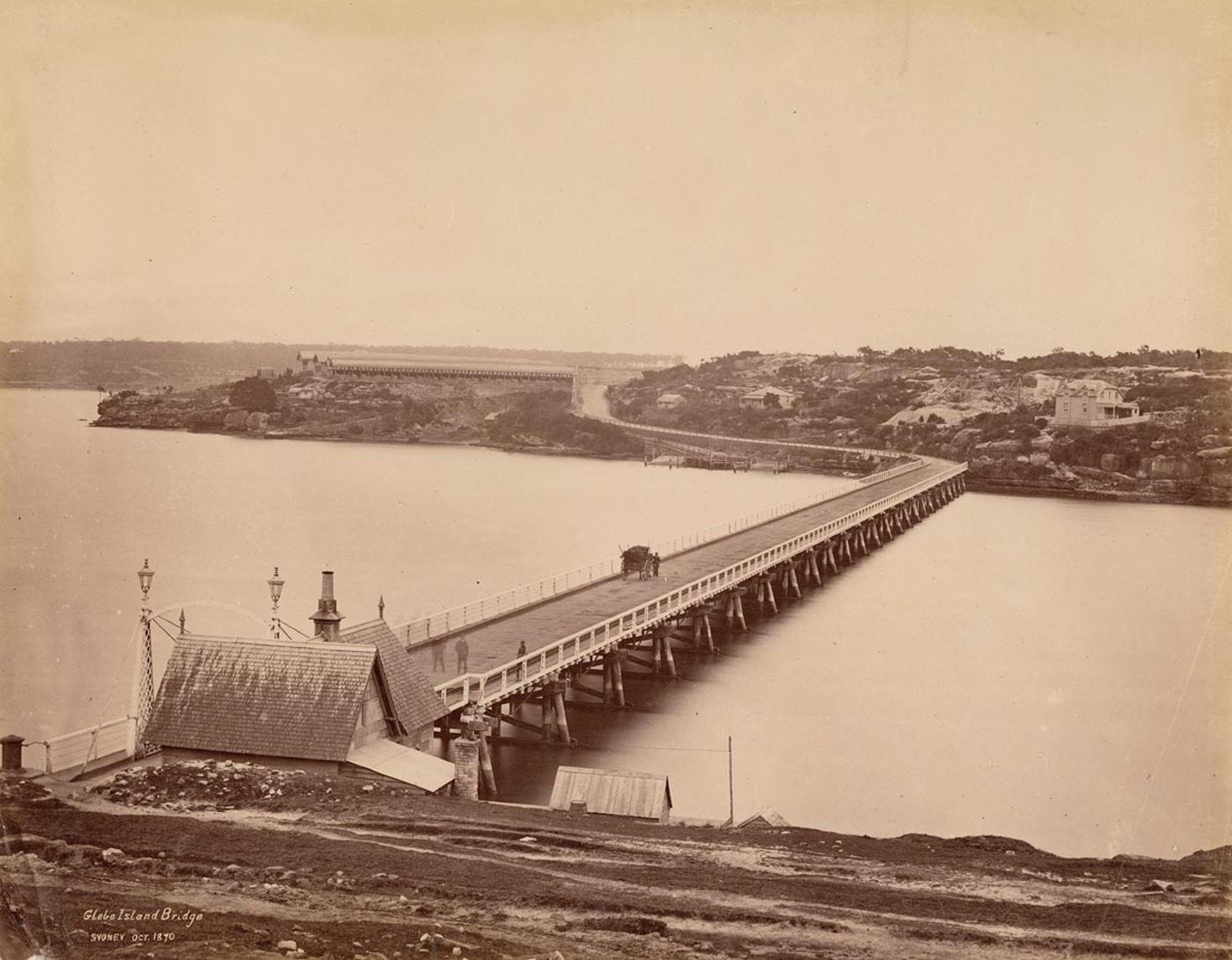 [media]The origin of the second bridge came from the proposal in the 1880s for the Five Bridge Route, to facilitate traffic flow from the city to the developing northern and western suburbs. Bridges were to be replaced at, or built across, Pyrmont Bay, Glebe Island, Iron Cove, Gladesville and Fig Tree. The five bridges were constructed between 1881 and 1901. 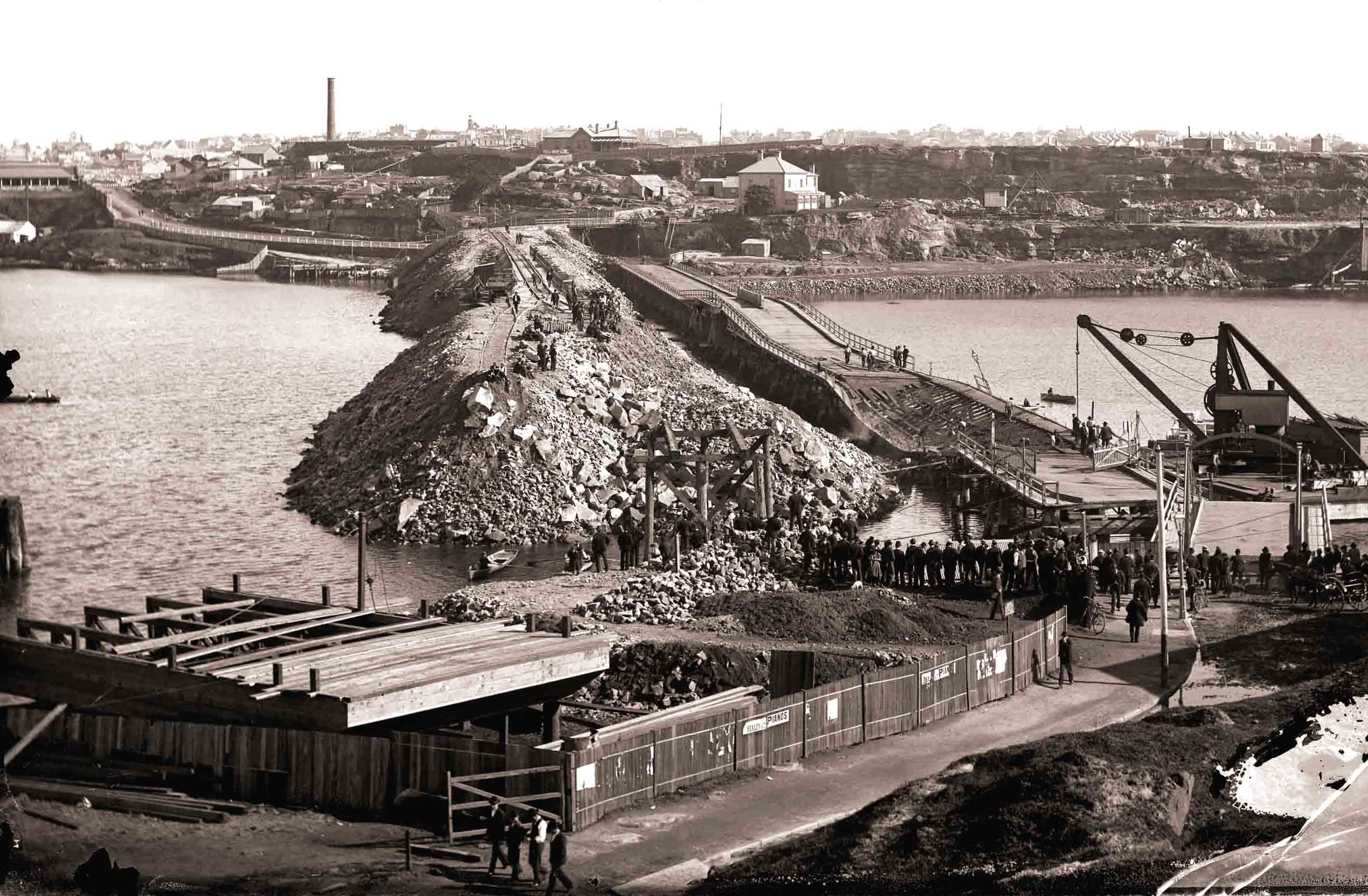 [media]The new Glebe Island Bridge was designed by Percy Allan. Allan was a leading engineer for the Department of Public Works and had been appointed as engineer-in-charge of bridge design in 1896. Allan's design for the new Glebe Island Bridge (he also designed the new Pyrmont Bridge) utilised the new technology for electrically operated swing spans, with Glebe and Pyrmont claimed to be amongst the largest of their type then constructed and among the first in the world to be electrically operated. [1] Power for the bridge came from the nearby Ultimo Powerhouse, with the swing span operated from a control room located in the centre of the bridge. The swing span allowed for the inward and outward passage of two ships simultaneously. 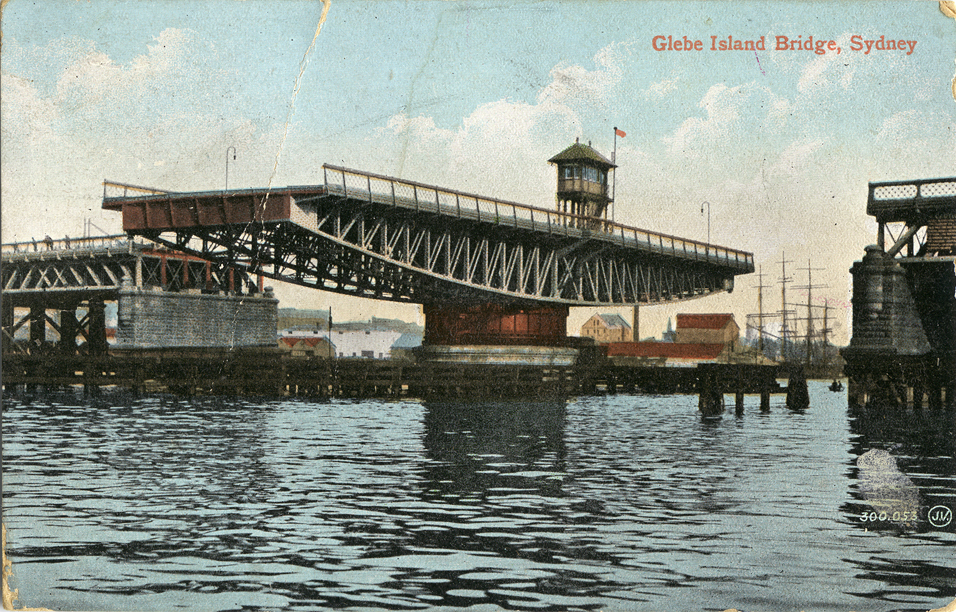 In 1933 the bridge underwent a major upgrade with underpinning to replace decayed piles. The bridge remained in operation until 1995, with little work other than regular maintenance being carried out.

[media]In December 1995 a new Glebe Island Bridge was opened, as part of freeway developments for westbound traffic. The new bridge is a major departure from the low level decks of the earlier crossings. Supported by two 128 metre-high reinforced concrete towers, 128 steel stay cables hold the deck which extends 805 metres: the bridge is high enough to allow shipping to pass underneath. [2] 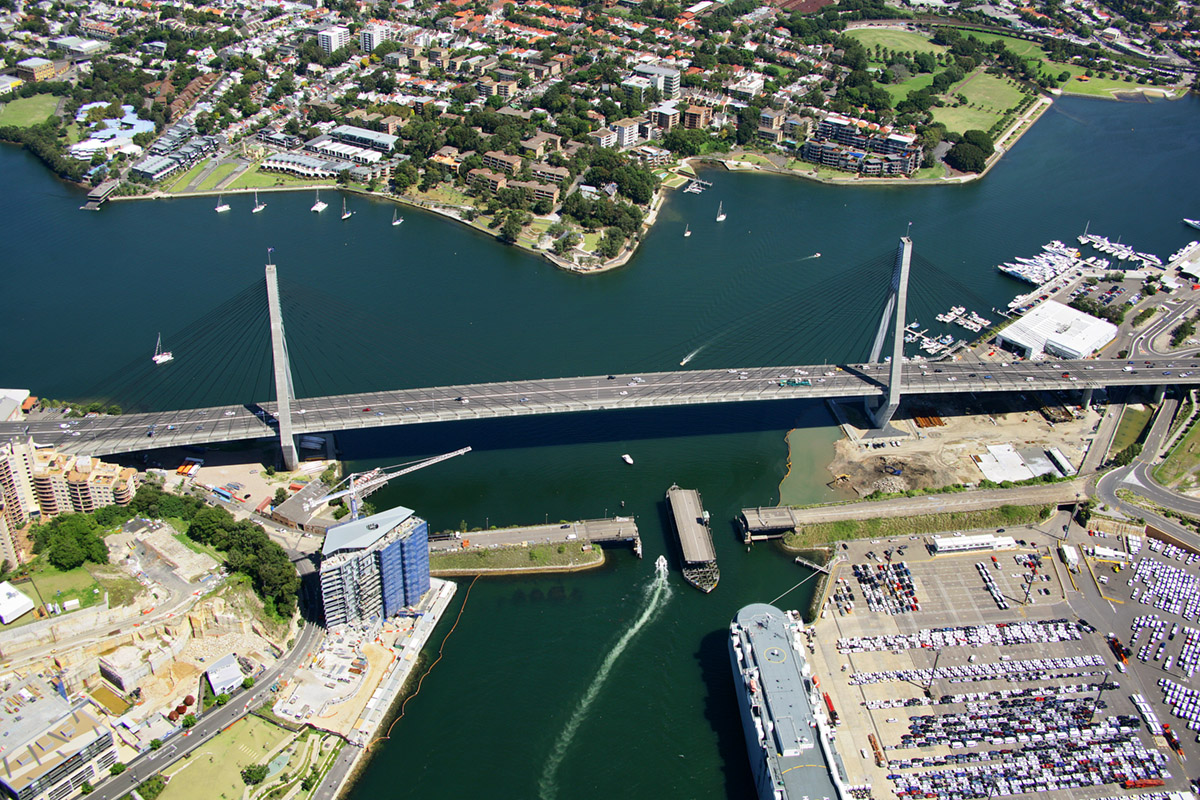 [media]On Remembrance Day in 1998 the Glebe Island Bridge was renamed the Anzac Bridge, with the unveiling of a large bronze statue of an Australian World War I soldier in the 'resting on arms position', on the northern side at the western end. In April 2008 a second statue, of a New Zealand soldier, was added, in the same pose on the southern side at the western end. Both figures were created by New Zealand-born Sydney sculptor Alan Somerville. 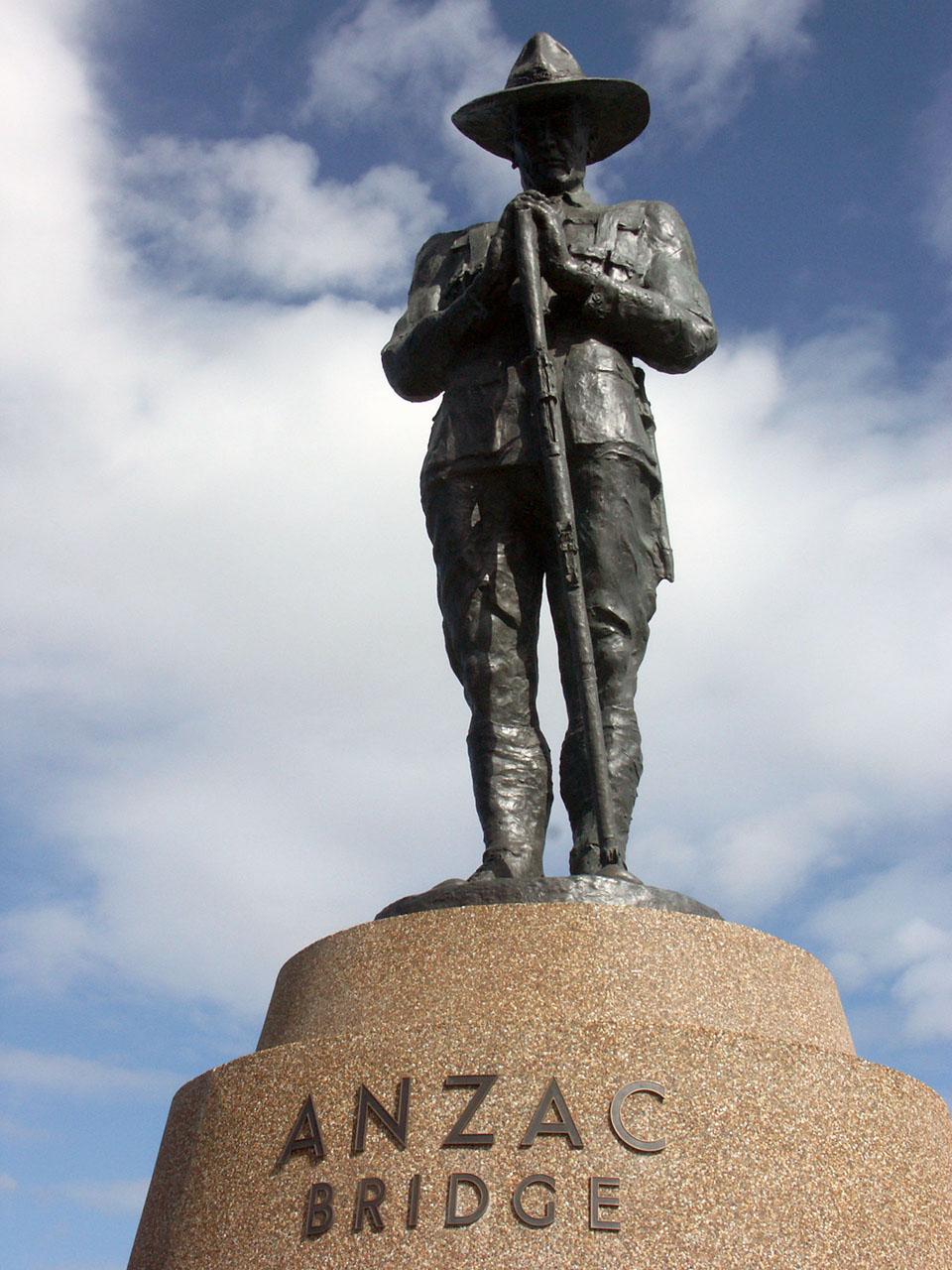