Pymble is a suburb of Ku-ring-gai. It is located 16 kilometres north of central Sydney between the suburbs of Gordon and Turramurra and is bounded by Pentecost Avenue, part of Rosedale Road, a section of Mona Vale Road, Blackbutt Creek, a section of Lane Cove National Park, Avondale Golf Course and Sheldon Forest. The Pacific Highway runs across it and intersects the railway line at Grandview Street. It has an area of 651 hectares.

Pymble was named after Robert Pymble (1788–1861) who acquired a land grant of 600 acres (242.8 hectares) in June 1823. Pymble, a silk-weaver from Hertfordshire, England, arrived in Sydney with his wife and six children on board the Marquis of Wellington on 24 July 1821 as a free immigrant, lured to the colony by the expectation of a substantial land grant which assured him of a prosperous life in New South Wales. Upon arriving in Sydney, Pymble hired convict labour and cleared the forest land for agriculture. By 1828 he had cleared 10 acres (4 hectares) of land east of Lane Cove Road as far as the border of Irishtown (now North Turramurra), sold the timber to lumberyards and had cultivated three acres (1.2 hectares) for orchards of orange trees. From 1826 until 1833 he served as policeman and pound keeper of the Lane Cove district.

The Lane Cove Road was formed closely following the original bullock tracks. JG Edwards, a grandson of Robert Pymble and schoolmaster of Gordon Public School, described the suburb as 'a few paddocks of oats, a few humble houses, and a couple of magnificent orangeries and beyond that, trees'.

Select areas of Pymble were subdivided for residential development in the early 1880s in anticipation of the building of the north shore railway line.

Dominating the landscape was Richard Porter's house, Grandview, on the main road. Land was also settled around present-day Livingstone Avenue and Beechworth Road. Major subdivisions occurred between 1879 and 1900 and by the 1890s Pymble had become firmly established as a principal residential suburb with substantial homes built on either side of the railway station. The sale of the Centre of Pymble estate by Hardie and Gorman was described enticingly:

Those looking for something apart from the ordinary in a home site, the Estate offers rare opportunity; in visible fact, the class of residence erected all along the winding ridge which the line follows furnish abundant proof of this; they and their beautiful gardens, ground and orchards backed by masses of natural forest make the whole district something which rests the eye and more particularly gratifies the sense of those fortunate enough to live there.

[media]A real estate sales prospectus distributed in 1915 for the sale of land at Pymble Grove Estates described Pymble as a centre of beautiful homes and gardens. 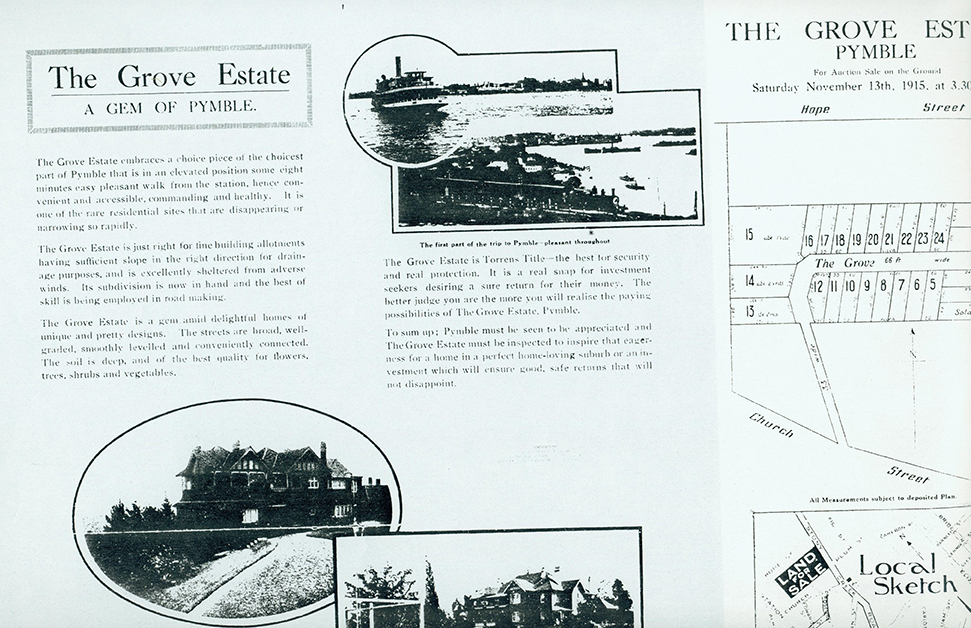 The residential community was serviced by a cluster of shops along Lane Cove Road (now Pacific Highway). The railway track originally ran behind Robert Pymble's weatherboard cottage, and the detached kitchen served as a ticketing office, while the dining room was used as a waiting room for travelers. The train ran four journeys a day to and from Hornsby.

The present Pymble shopping centre is near the intersection of Mona Vale Road (formerly Stoney Creek Road) and Ryde Road (formerly Head of the Bay Road and Field of Mars Road). Both were already in existence in 1859 and were to remain significant access roads to and from the north shore.

[media]As the area attracted more residents, the shopping centre was consolidated around the railway station; the development from Post Office Street to Alma Street to the south occurred between 1910 and 1915. Shops on the highway across the station were built between 1935 and 1940. The Presbyterian Ladies College (now Pymble Ladies College) was established in 1916. Between 1910 and 1930, an electricity substation, fire station and police station were built on Lane Cove Road near the railway station. The Pymble Hotel was built in 1939. [media]Further subdivision and building of houses occurred in 1925, 1940 and 1950. 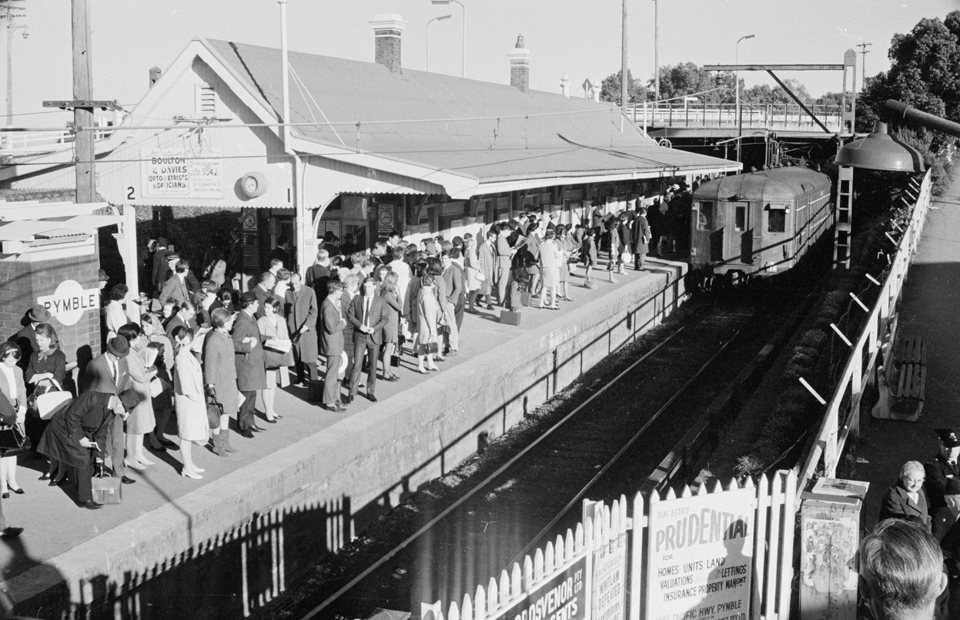 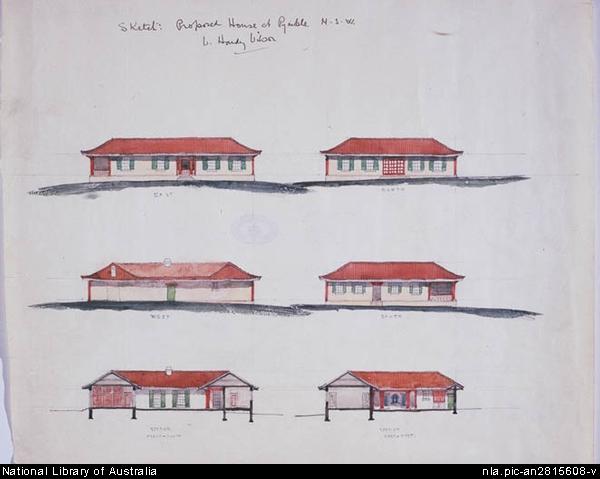 In the 1970s and 1980s a business and commercial centre was created southwards along the highway and Ryde Road and was later expanded.

Significant buildings in the area include the former Sacred Heart Catholic Church (1934) (now Ku-ring-gai Town Hall), Pymble Hotel (1939), and St Swithun's Anglican church on Merrivale Road (1938). Notable houses include Grandview (c1880), Coolinroobee (1900), Merrivale (1930) designed by Colin H Smith and regarded as one of the finest Georgian Revival houses to be built in Ku-ring-gai, and the Pratten House on Telegraph Road, designed in the Art Deco/Prairie style by Walter Burley Griffin for the Pratten family in 1935.