The first observatory in New South Wales was established by Captain William Dawes in 1788, at the western point of Sydney Cove. The point was named Point Maskelyne in honour of the Astronomer Royal, who supplied Dawes with books and instruments to carry out his astronomical work, including quadrants, clocks, telescopes and sextants. Dawes made observations on the First Fleet voyage and at the prefabricated observatory once ashore. He also recorded meteorological data during his time in Sydney, including rainfall, wind, temperature and air pressure.

Dawes's observatory was primarily established to determine the longitude east or west of Greenwich, to improve navigation. Until the invention of a reliable chronometer, there was a strong link between astronomy and navigation because longitude was calculated using the positions of the sun and moon.

Dawes returned to England in 1791, and his observatory was unused after this time. It was not until the appointment of Governor Thomas Brisbane in 1821 that an observatory was re-established in New South Wales. Brisbane's private observatory was in Parramatta, close to Government House. Brisbane was assisted by astronomers Carl Rümker and James Dunlop during his term of office.

Following Brisbane's departure from the colony in 1825, the astronomical instruments he accumulated were purchased by the Government. Rümker was appointed Government Astronomer from 1827 and, following his return to Europe, in 1831 James Dunlop was appointed Superintendent at the Parramatta Observatory, a position he held until 1847. The Parramatta Observatory closed after this, as it was in disrepair.

A new observatory on the hill

The place where the Sydney Observatory was built in the late 1850s was known by different names over the nineteenth century, reflecting its varied uses, including Windmill Hill and Flagstaff Hill. Work began in 1804 on building fortifications there, known as Fort Phillip, in response to the convict unrest of the Castle Hill uprising and the Battle of Vinegar Hill. Although these fortifications were never completed, the foundations were used as a platform for a Signal Station, erected in 1825 and rebuilt in the 1840s, which sent messages to the South Head Signal Station and to ships moored in the harbour below.

The site of the Sydney Observatory was selected by Governor William Denison in 1856 because, at 40 metres above sea level, it was the highest natural point in Sydney. Initially, it was intended to only build a time-ball tower on the site, the ball of which would be dropped daily at 1 pm in coordination with a cannon fired at Dawes Point (and later at Fort Denison), to give the correct time to the residents of Sydney, and to shipping in the harbour.

Sydney Observatory, built next to the Signal Station, was designed by Alexander Dawson, the Colonial Architect. The building group was designed in the Italianate Villa style used for commercial architecture, which reflected the close links between scientific endeavour and commercial shipping at this time. In addition to the time-ball tower, the Observatory included two telescope rooms, offices, and accommodation for the astronomer and family, who lived onsite. Its first 'weather forecast' was issued in mid-1858.

[media]Dawson's sandstone observatory building was completed by 1859, and William Scott, the observatory's first director, began making observations. The building was extended in 1877, with the addition of a library, additional offices and another chamber for telescopes. 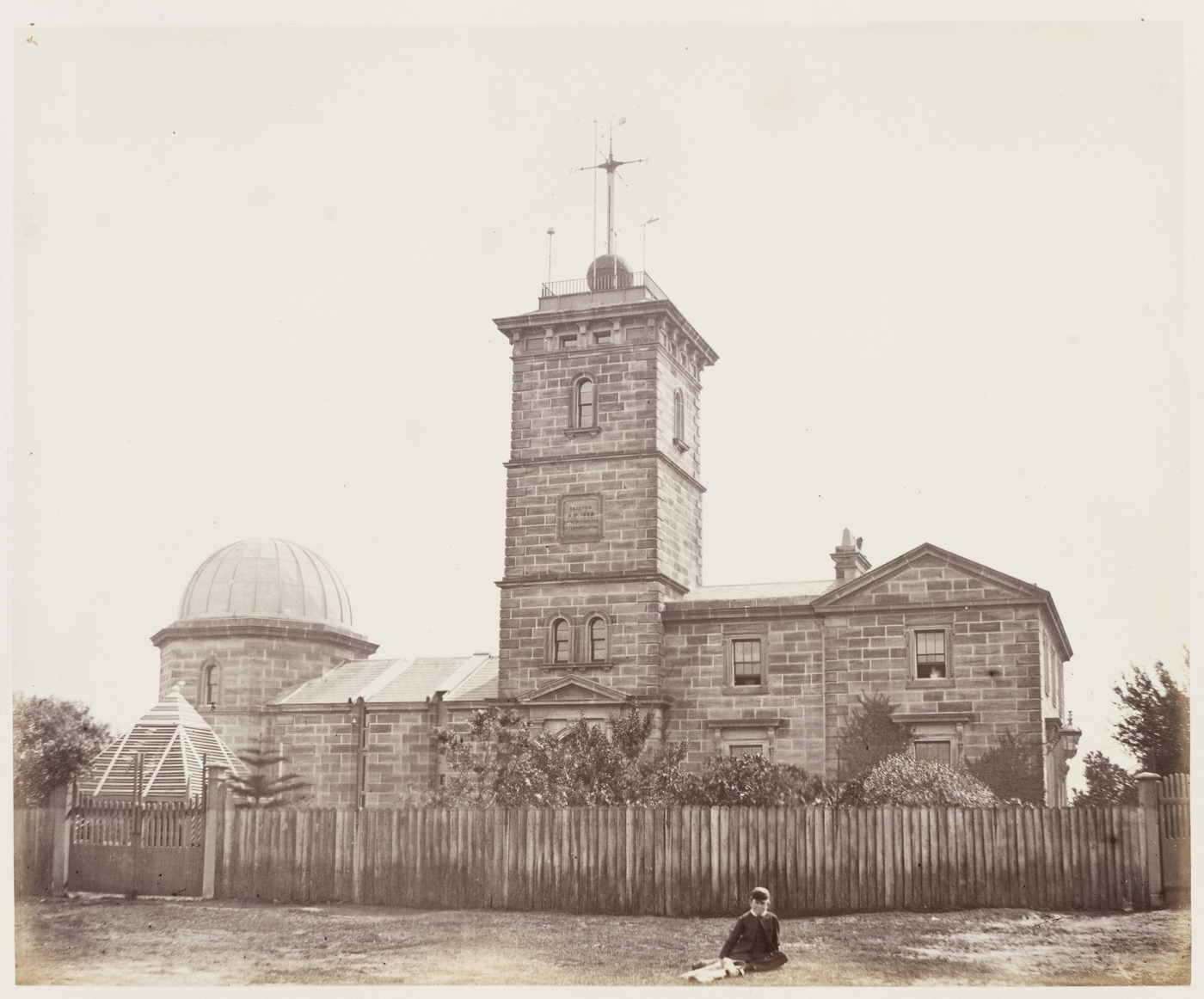 Henry Chamberlain Russell, the longest-serving Government Astronomer in New South Wales (1870 to 1905), gained Sydney Observatory international renown. He was responsible for instituting the first synoptic charts, or weather maps, in the daily newspapers in 1877, and commenced the Astrographic Catalogue in the 1880s, which mapped the Sydney sky over an 80-year period.

With Federation in 1901, the dual functions of the Sydney Observatory, meteorology and astronomy, were split. The Federal Government took over responsibility for meteorology, forming the Bureau of Meteorology in 1908. As the State was responsible for astronomy only, the Sydney Observatory ran at a reduced capacity from this time. As the city became more populous over the twentieth century, air pollution and visual pollution from the city lights, made it difficult for astronomers to read the night skies. It was thought that observation of the skies would be better carried out at other observatories around New South Wales with darker skies.

[media]Sydney Observatory was in continuous use until 1982, when it came under the ownership and management of Museum of Applied Arts and Sciences, now the Powerhouse Museum. In the mid-1980s the observatory was converted into a museum, presenting its own history, as well as the history of astronomy and meteorology in New South Wales.