Railway bridge across the Hawkesbury River near Brooklyn. The original bridge opened in 1889 and was replaced in 1946. 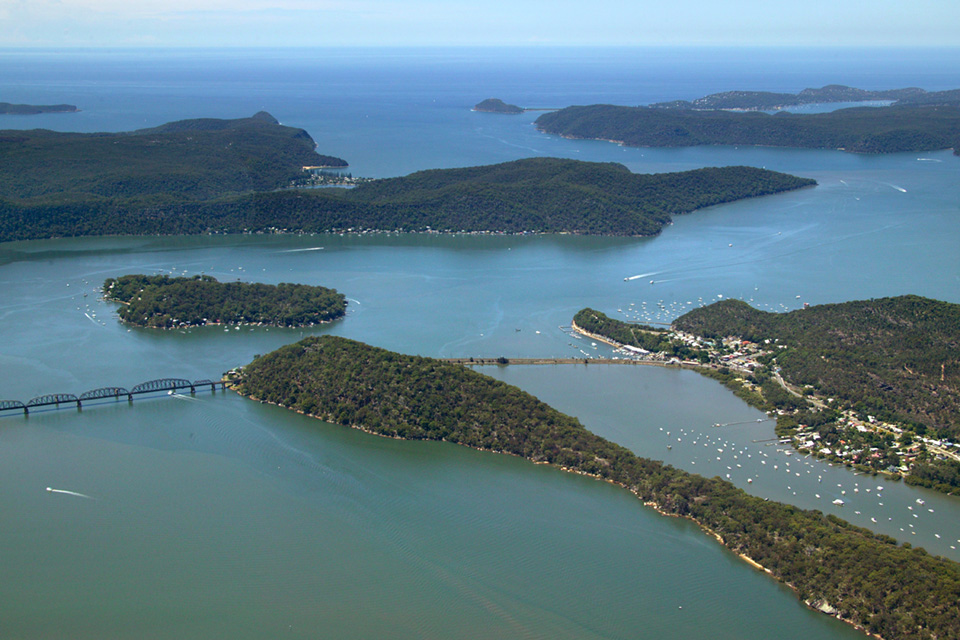 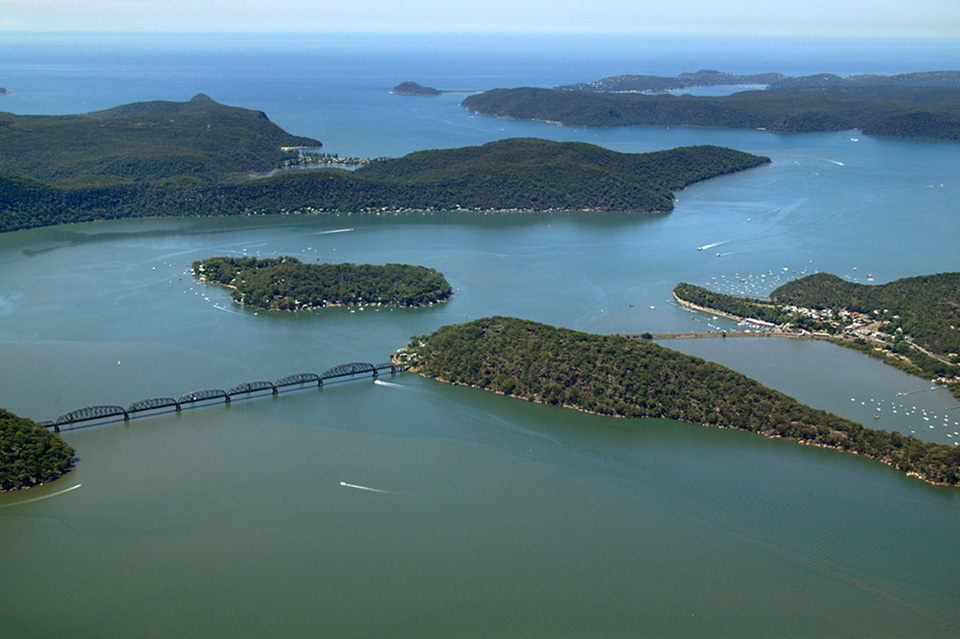