William Henry Paling was born in Rotterdam in 1825, the son of a pianoforte-maker and noted musician. As a child, William showed considerable promise as a violinist and studied under the celebrated Berthold Tours. Later, he taught at the Rotterdam Academy of Music. Seeking wider opportunities, but apparently not lured by gold, Paling travelled to Sydney. Eve Keane, historian of the house of Paling, states that he arrived in the early spring of 1853, but his 1869 naturalisation certificate indicates that he arrived on the Clio in 1855.

As an accomplished musician, Paling found no lack of prospects. Aside from giving private lessons, he was engaged as a professor of music at Springfield College, Lady Murray's boarding school for young ladies, in Darlinghurst.[media] When Sydney's first railway was opened in September 1855, Paling composed a 'Railway Waltz', complete with locomotive sounds. In November of the same year he opened the New South Wales Academy of Music in Bligh Street, Sydney. In the following year he gave numerous recitals on the violin and organ. From his Academy, Paling handled a thriving trade in imported pianos, including those made by his father. He also began publishing sheet music. This was to have a significant impact in broadening the musical horizons of the Australian public. 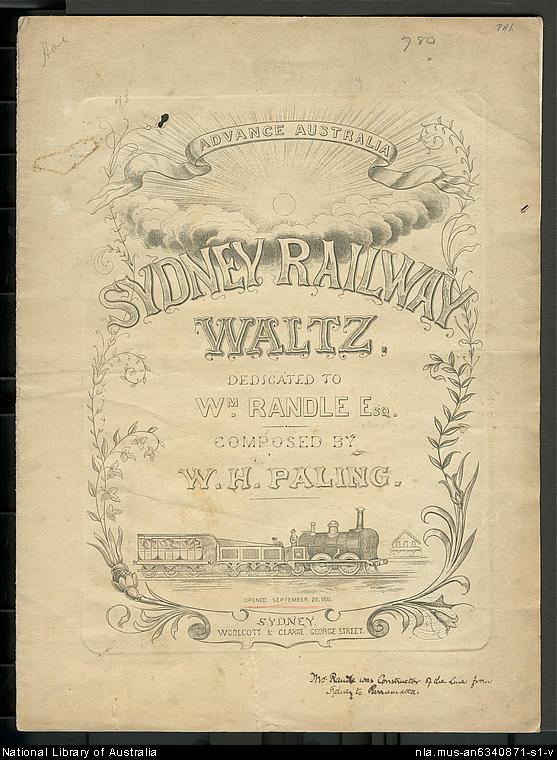 But Paling was a man of his times. Although a Dutchman, he appears to have embraced the British imperialist ethos. In April 1858, he presented a Grand Vocal and Instrumental Concert for victims of the so-called Indian Mutiny. Under the patronage of Governor Sir William Denison, he organised several glittering performances which set Sydney abuzz.

In 1864, as a British subject, Paling visited his native Holland. Family, friends and nostalgia may have drawn him home, but he made his return profitable by purchasing instruments enough to fill a ship's hold. He made another European purchasing visit in 1870–71.

Paling's business, first located in Wynyard Square, became a Mecca for Sydney's music-lovers, but by 1875 the business in Wynyard Square had outgrown its premises. It was to do so several more times – first in Barrack Street and then in George Street. In 1881, Paling had 43 employees. Still his business grew. Two years later, he paid £45,000 for land at 356 George Street, on which to build another showroom. It was the highest price ever paid for land (per square foot) in Sydney.

[media]An inveterate traveller, Paling again set sail for Europe, on 28 March 1884 on the City of Sydney . He returned the following year. 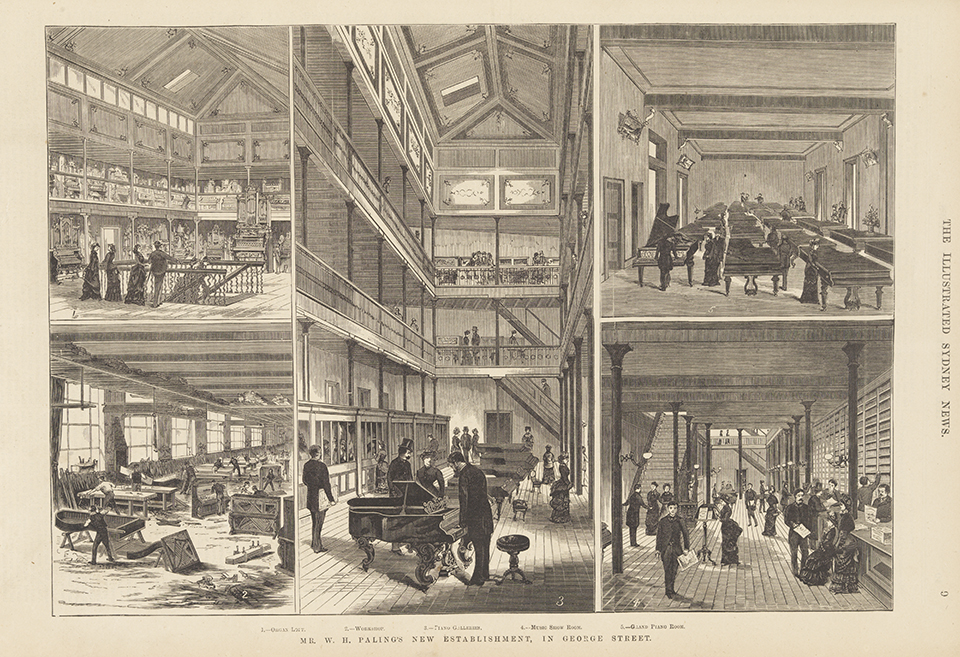 Within five years, Paling's had entered a new era; recorded music was echoing through the parlours of Europe and America, and sales of Edison's phonograph were phenomenal. Paling's again outgrew its showroom. New premises were built at 338 George Street. From the late 1880s, Paling eased his personal involvement in the day-to-day affairs of his company. On 27 August 1895, less than a year after returning from yet another extended sojourn abroad, William Paling died of a heart attack. He is buried in Waverley Cemetery. Paling's wife Mary had predeceased him in September 1877. They had no children. The name Paling survives in both the chain of stores William founded in this country and the descendants of his brother Richard, who also emigrated to Australia.

William Paling was a generous philanthropist. In 1888, he donated Grasmere, a magnificent 450-acre (182-hectare) farm at Camden, plus £10,000 to establish the Carrington Convalescent Hospital. He also appears to have been the very first Dutch-born mayor – in Petersham, between 1881 and 1882 – of any Australian municipality. From 1876 until 1889, he served as an alderman on the Petersham Council. Aside from his civic involvement and, in the words of Eve Keane, being the 'estimable pioneer of the musical community in Sydney', Paling was a foundation director of the Mercantile Mutual Insurance Company.

E Keane, Music for a Hundred Years: The Story of the House of Paling, Oswald Ziegler Publications, Sydney, 1954