[media]The Royal National Park was the second national park in the world (after Yellowstone in the United States), and the first to have ‘National Park’ as part of its name. The 16,300 hectare park was founded by Sir John Robertson, acting premier of New South Wales, and formally proclaimed as the National Park on 26 April 1879. It was renamed the Royal National Park following Queen Elizabeth’s visit to Australia in 1954.[1]

Built specifically for use by the military, the line initially linked Loftus Station on the Illawarra Line to an army camp in the Royal National Park. The line opened shortly after the main Illawarra Line and at various times served the army camp, park visitors and residents of nearby Grays Point. The original terminus station boasted a 10-car island platform, goods bank, and five sidings. When electric trains were introduced in 1926 this branch was included in the electrification. At its peak in the 1930s, 25 passenger services ran on weekends.

[media]The Scouts Platform was introduced in 1946 to serve the nearby NSW Scouts Jamboree of that year, but services were reduced in the 1960s and 1980s. On 4 July 1967, three of the five sidings at the station were removed and the remaining tracks were reconfigured to provide a run-around loop for occasional train stabling.[3] 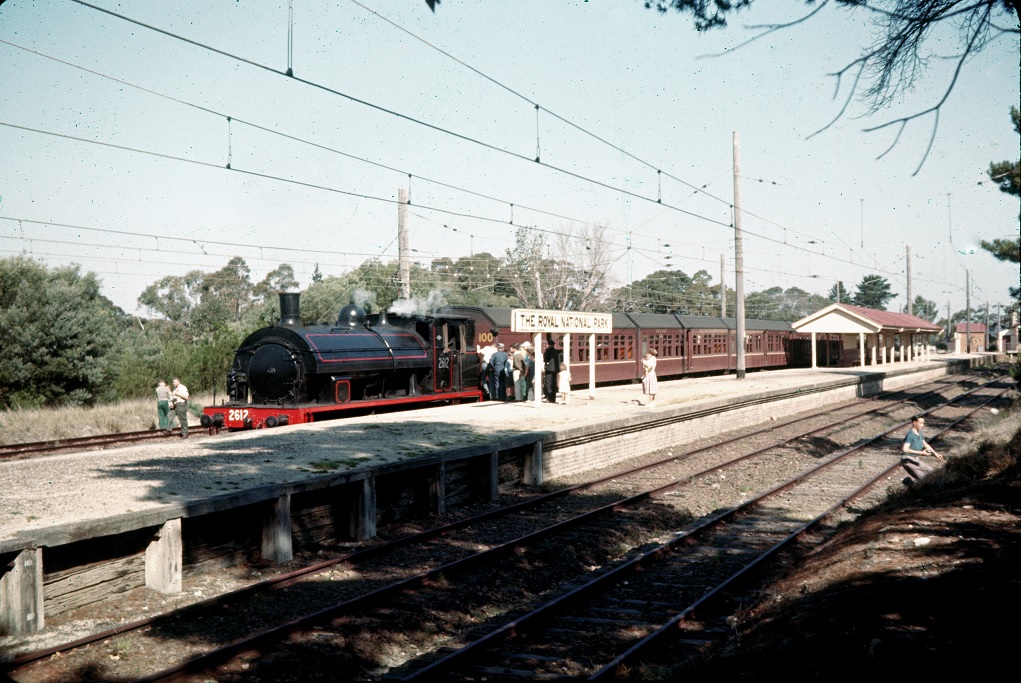 [media]In 1978, the old The Royal National Park Station was closed to make way for an improved national park visitors’ centre. A new station was constructed adjacent to the site, and opened in time for the park's centenary the following year.[4] 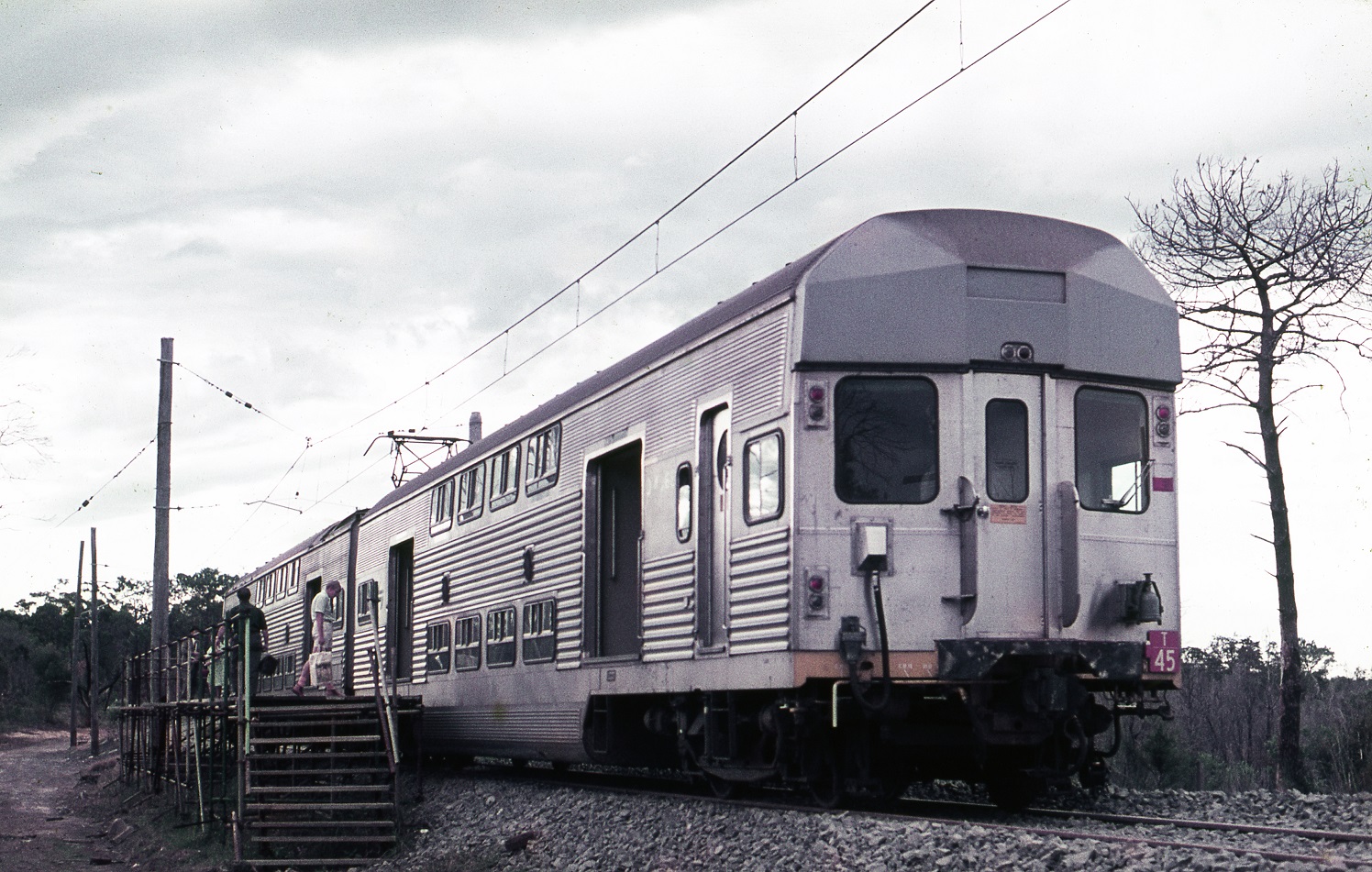 [media]By the mid-1980s only three trains a week serviced the branch on weekdays, with four on Saturdays and Sundays.[5] Because of this, the station was sometimes used for unusual purposes. Following the 1990 Cowan Bank collision, the branch was used to test whether automatic sanders could insulate a train's wheels from the track circuit – the experiment had a successful outcome. The line was also used for driver training, and track irregularities from wheel skids are still visible in places. 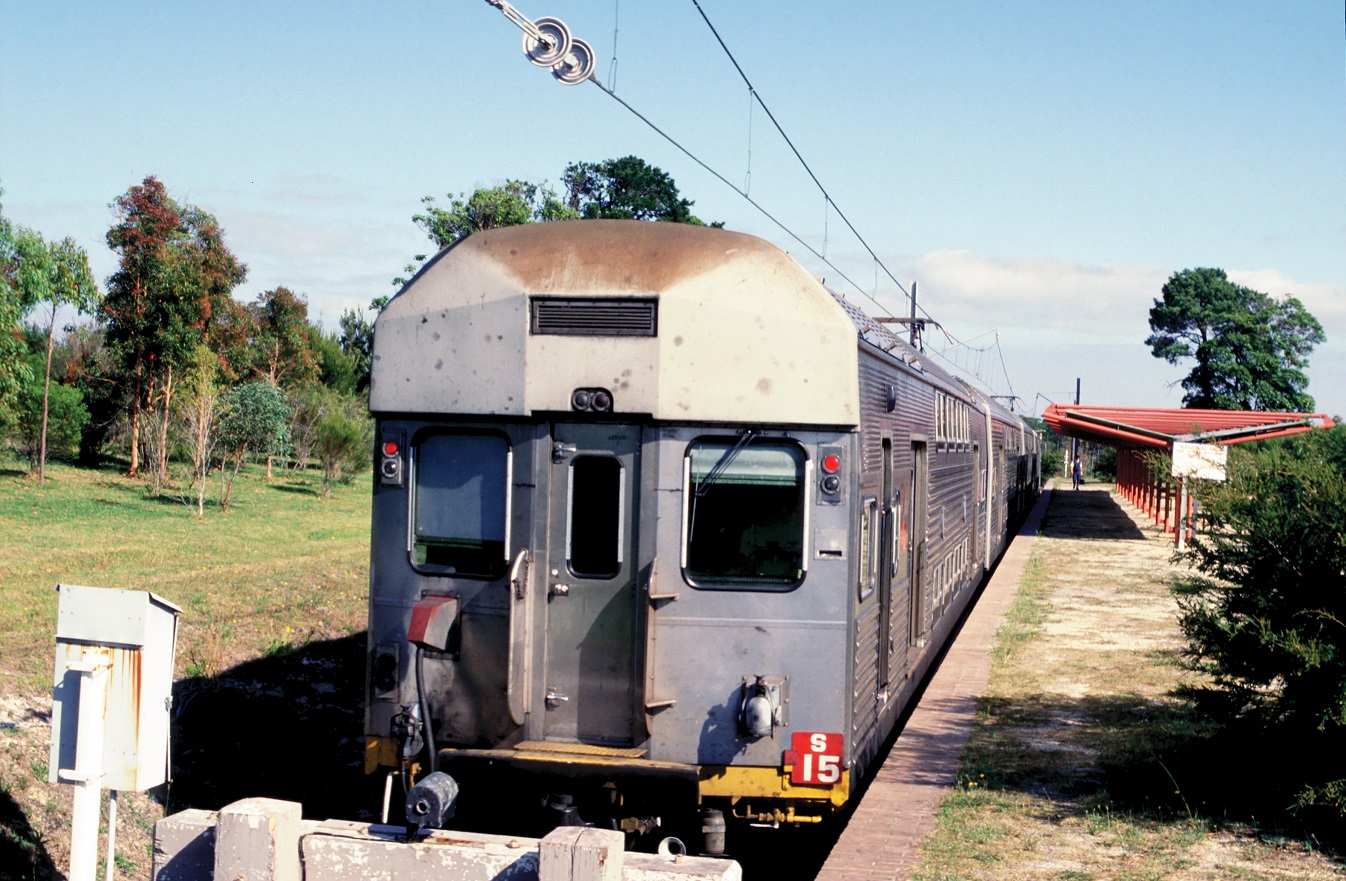 In 1991, a signalling irregularity caused the suspension of services. When it was found that $400,000 would be required to bring the line up to acceptable standard, the line was officially closed. A free taxi service ran from Sutherland to the Royal National Park and return, although indicators at stations on the Illawarra Line continued to show services to the park. Given that the average number of passengers on each train to the park was three, CityRail announced the service would be discontinued, although any submission from the private sector for continued use of the line would be welcomed.

[media]Two years later the line was taken over by the then Loftus-based South Pacific Electric Railway’s Tramway Museum. Its workshop and tram sheds were originally located within the Royal National Park. The Museum now operates tourist trams from Loftus to the new The Royal National Park platform. The first official tram crossed the Princes Highway at Loftus on its journey to the Royal National Park following the opening of the new service by New South Wales Minister for Transport Bruce Baird on 1 May 1993. This transformation was the first example of the New South Wales Ministry of Transport’s plan to utilise disused railway lines identified as ‘con-commercial’ for tourism.[6] 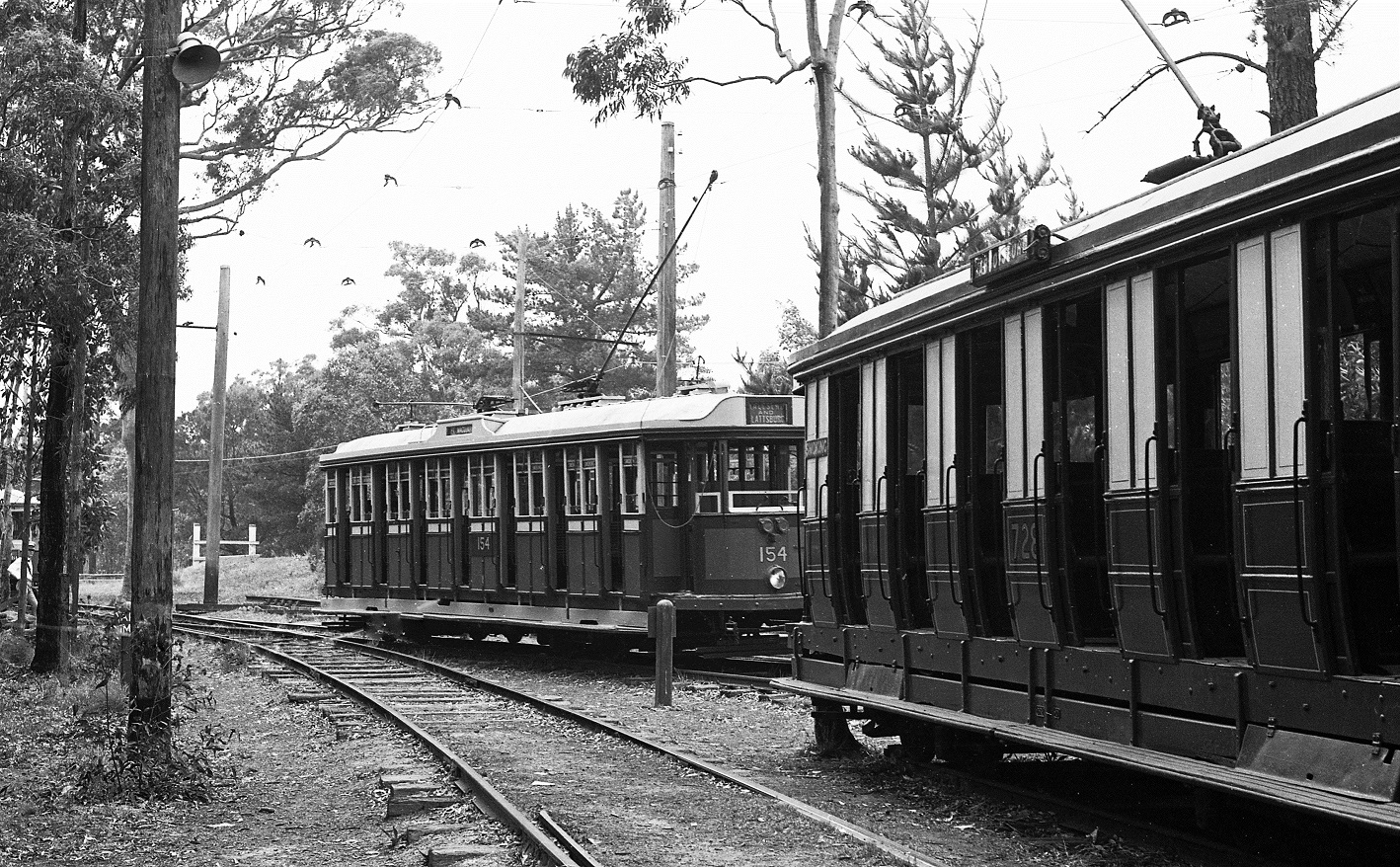 [media]Now called the Sydney Tramway Museum, the facilities are located adjacent to Loftus Station. Vintage trams from the museum’s extensive collection continue to operate over four kilometres of track to the Royal National Park Station and on a short line north from Loftus from 10:00 to on Wednesdays and Sunday until 15:00 Wednesdays and 17:00 Sundays. 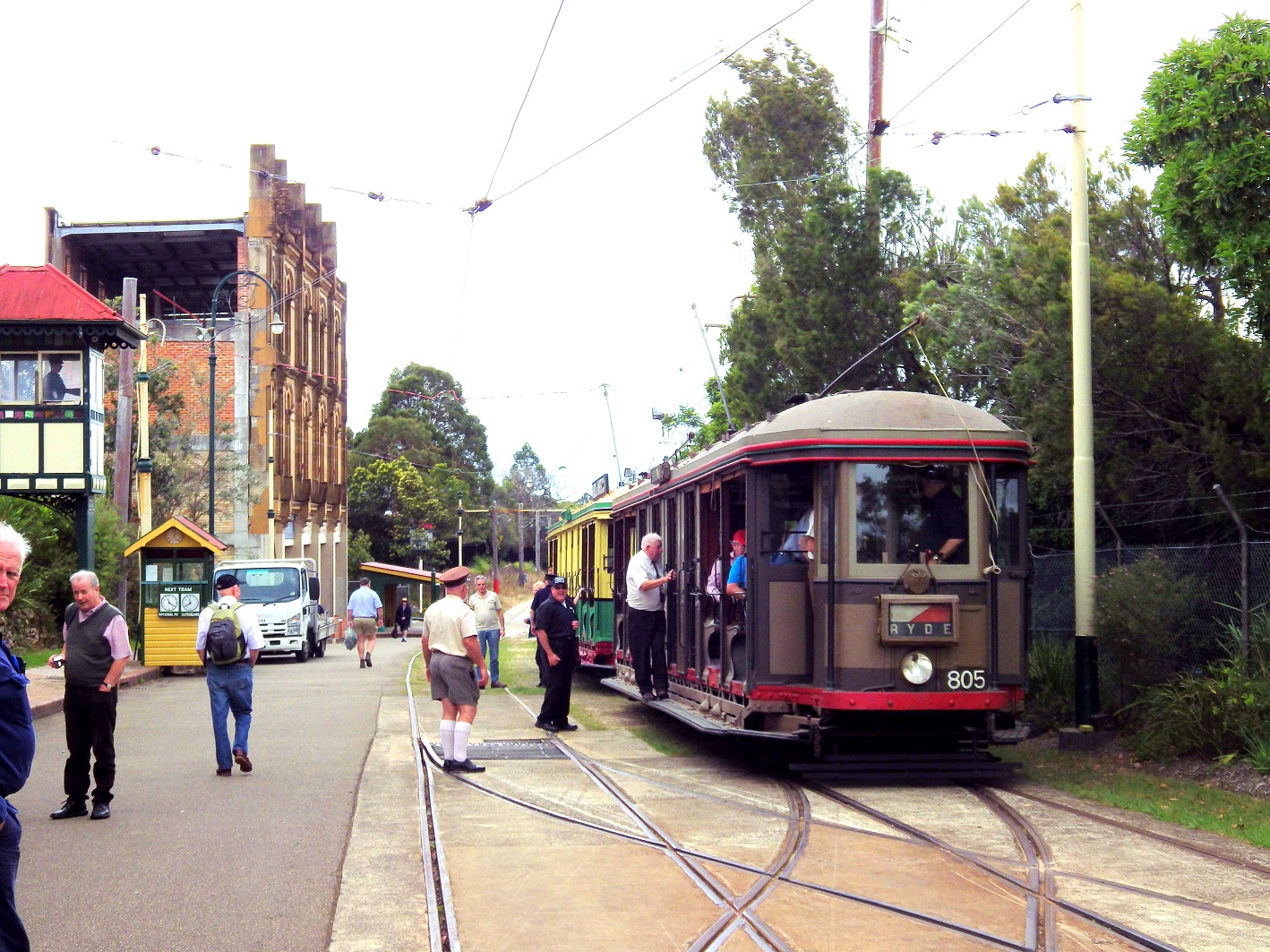