The [media]respectable Sydney suburb of Clontarf has an unusual claim to fame: it is one of the few sites in the city that has seen a political assassination attempt. But residents can sleep easy – it was in the mid-nineteenth century. 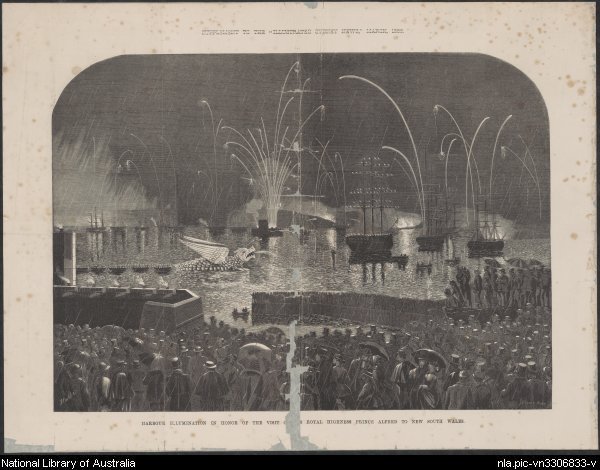 In 1868, Prince Alfred Ernest Albert, Duke of Edinburgh, Earl of Kent and Earl of Ulster and second son of Queen Victoria, was on a world tour on the steam frigate HMS Galatea, with Australian ports of call at Adelaide, Melbourne, Hobart and Brisbane, as well as Sydney.

After [media]visiting Tasmania, he arrived in Sydney on 21 January 1868. Here, he received a most enthusiastic welcome, and many events were organised in his honour. He then spent a week in Brisbane, before returning to Sydney. Despite rumours of possible sectarian strife, he agreed to attend a picnic at Clontarf, a popular picnicking spot, on 12 March. The picnic had been organised as a fund raiser for the Sydney Sailors' Home by Sydney barrister and politician William Manning. During the event, an Irishman who had suffered considerable mental illness, Henry James O'Farrell, attempted to assassinate the prince. Although O'Farrell fired his pistol at close range, the bullet, on striking the prince's back, glanced off the ribs, inflicting only a slight wound. O'Farrell only narrowly escaped lynching by the crowd, and was immediately arrested. The prince was nursed by the newly arrived Lady Superintendent of Sydney Hospital, Lucy Osburn. 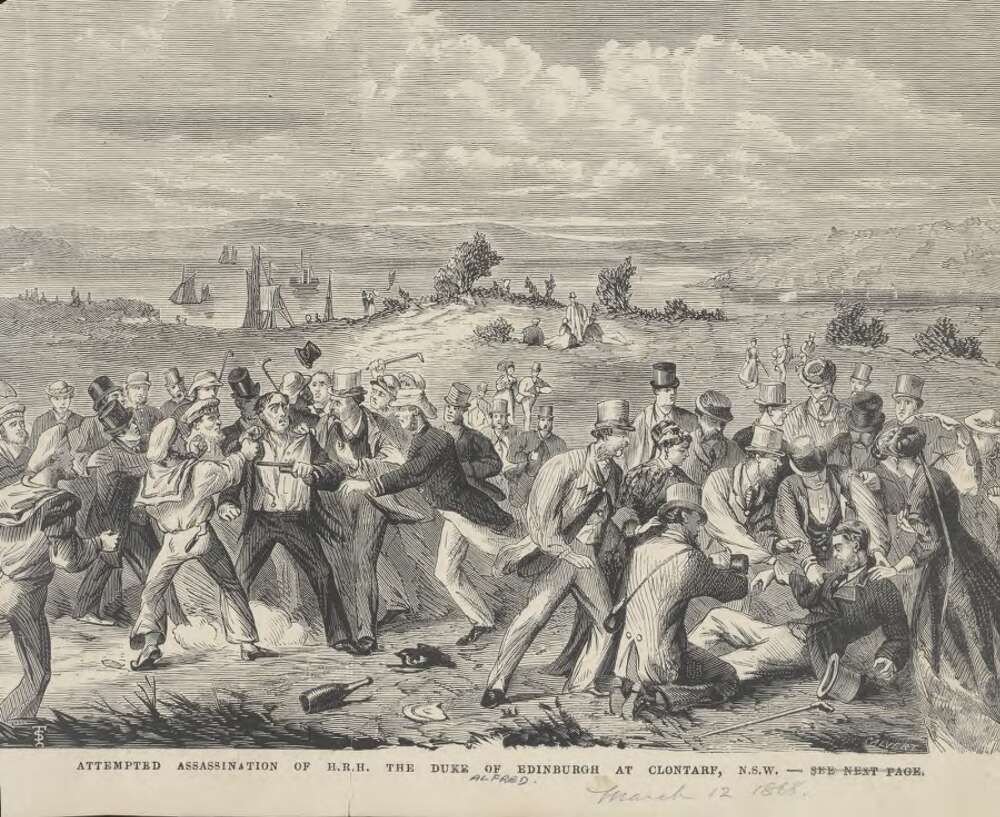 This [media]was a time of simmering sectarian tension in the colonies, between Irish Catholics and non-Catholics. Even before the shooting at Clontarf, Australians were aware of 'Fenian terrorism' in England, from reports in newspapers. On the Prince's visit to Melbourne, there had been a shooting incident between Orange and Catholic factions, as well as a riot at a free public banquet. 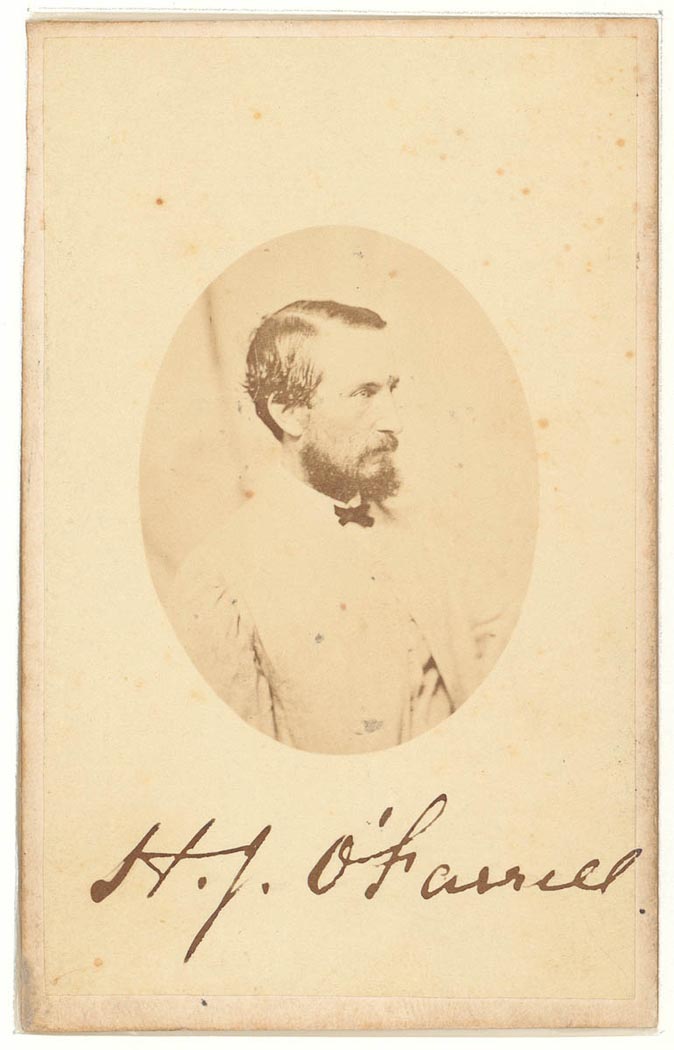 The events that followed the assassination attempt at Clontarf included an outpouring of prejudice and racism towards Catholics and Irish. Many public meetings were held around the country with nearly 20,000 people attending a meeting in Sydney the day after the shooting. By the following week, there were daily 'indignation meetings' everywhere. At a time when Britain was still referred to as 'home', many Australians felt that the scandal had wounded their national pride.

The [media]local newspapers fanned public indignation. The Sydney Morning Herald along with the Empire published many stories and editorials about both the shooting and the subsequent public meetings. The Herald also published telegraph messages from rural New South Wales and others about the feeling of horror among many Australian communities. 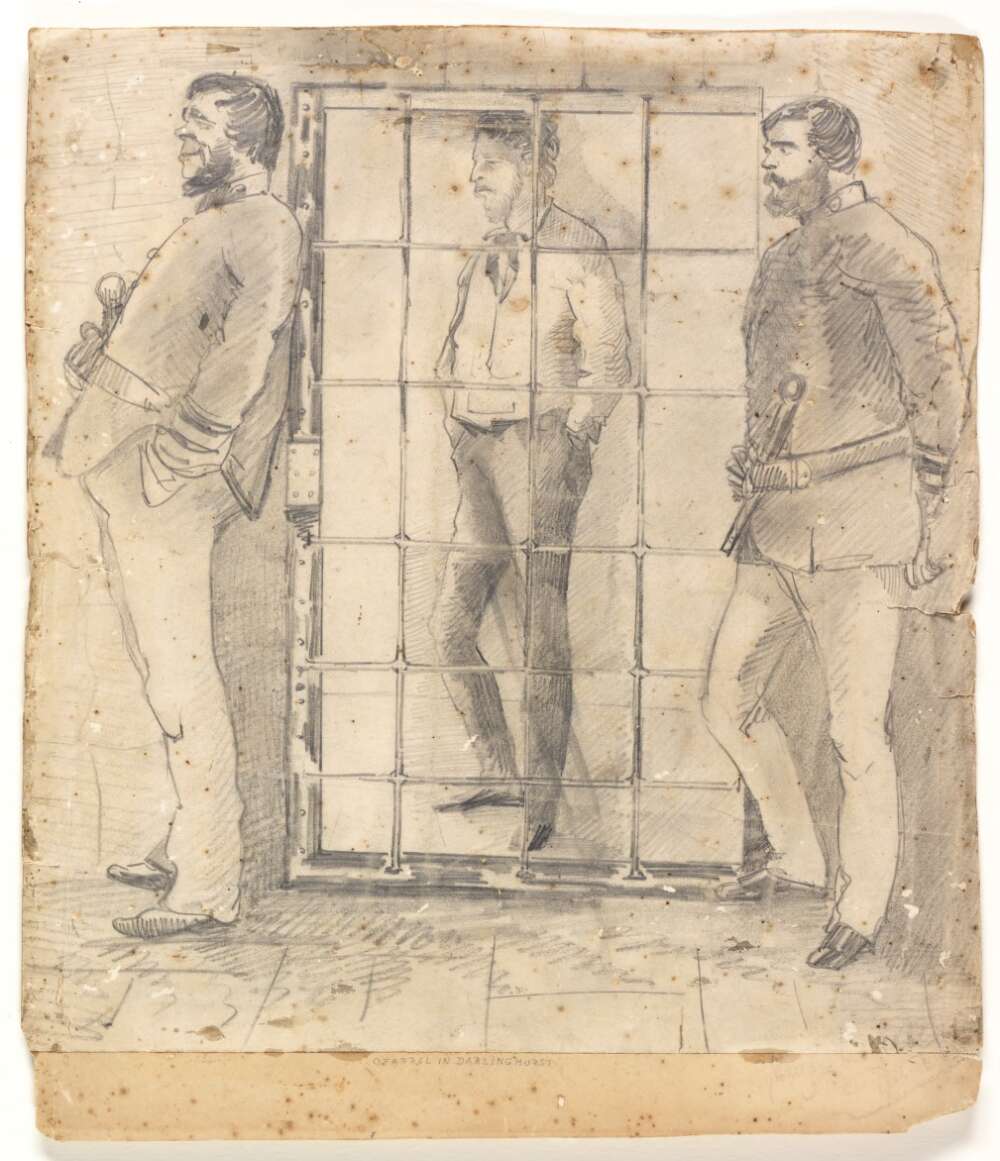 Anti-Irish sentiment boiled over even in Parliament: the New South Wales government, including Henry Parkes, passed the Treason Felony Act on 18 March, making it an offence to refuse to drink to the Queen's health, and tried unsuccessfully to uncover a conspiracy. Clemency for O'Farrell was refused, despite the prince's own proposal to refer the sentence on O'Farrell to the Queen.

O'Farrell was convicted of attempted murder, despite his evident mental instability, and hanged on 21 April at Darlinghurst Gaol. The prince, who had recovered completely by the end of March, left for England on the Galatea in early April and arrived on 26 June.

[media]Citizens of New South Wales opened a public subscription fund to build a hospital as a memorial to his safe recovery. The prince authorised his coat of arms to be used as the crest for the Prince Alfred Hospital (later Royal Prince Alfred Hospital), in Camperdown. A city park and a street at Circular Quay were also named after Prince Alfred. 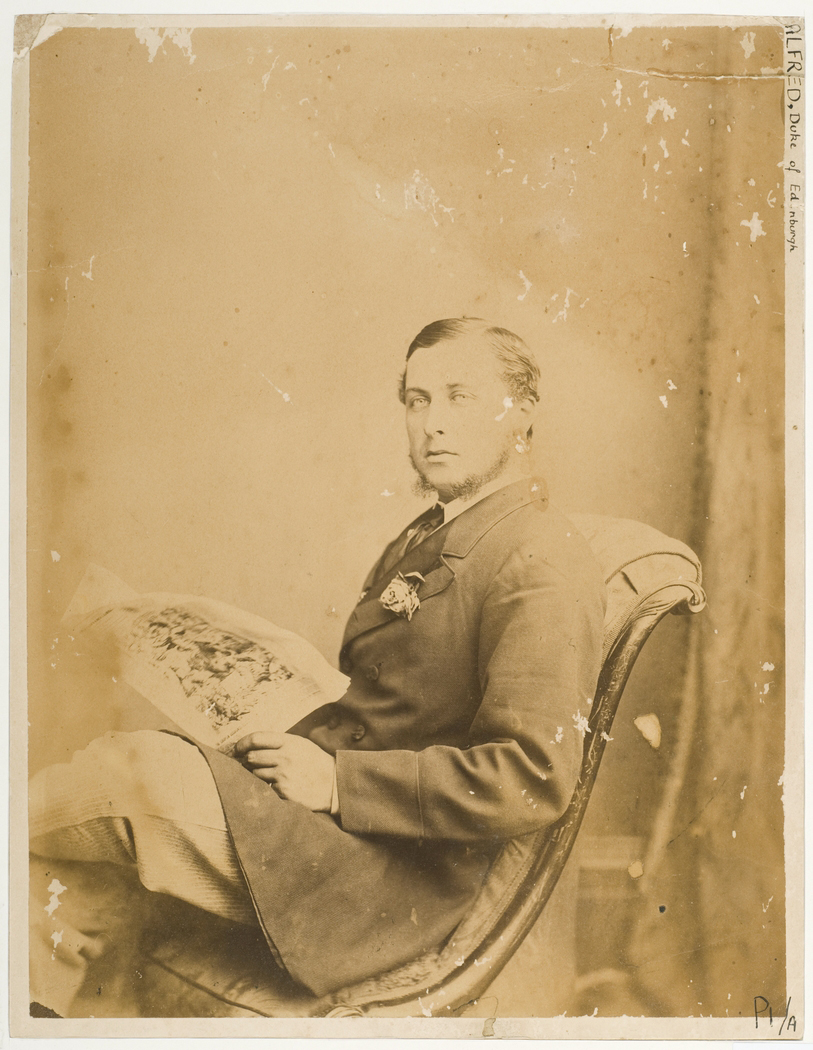