HMS Supply accompanied the First Fleet's flagship HMS Sirius as [media]an armed tender. A two-masted brig of 170 tons burthen, she was the smallest and fastest ship in the fleet.

[media]Built in 1759 in a Thames-side shipyard, the Supply set sail with the fleet from Portsmouth on 12 May 1787. Aboard were approximately 43 crew and 16 marines. She was commanded by Lieutenant Henry Lidgbird Ball, with 2nd Lieutenant William Dawes in command of the Marines. 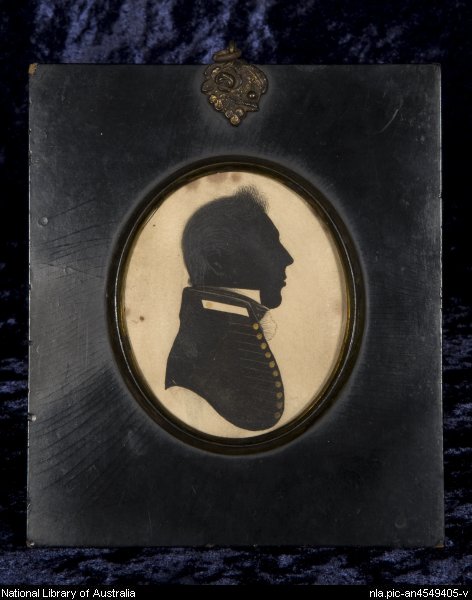 [media]The fleet reached Teneriffe in the Canary Islands in June, Rio de Janeiro in August and Cape Town in October, taking on supplies and, at the Cape, livestock. Taking advantage of the 'Roaring Forties', the fleet then sped across the southern Indian Ocean. Governor Arthur Phillip transferred from the Sirius to the Supply on 25 November, planning to go ahead of the fleet with three other fast ships to prepare the Botany Bay site for settlement. 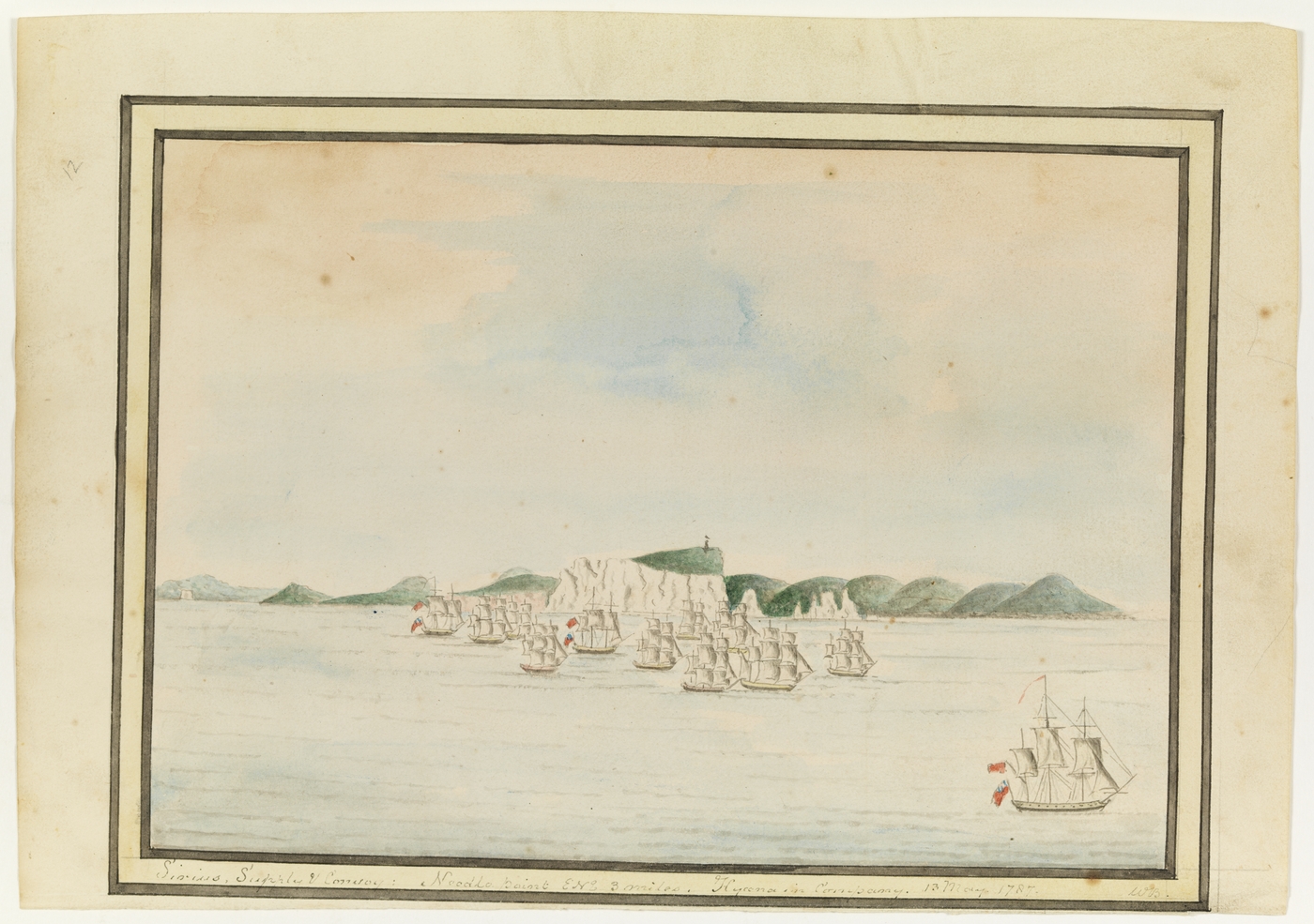 [media]On 18 January 1788, the Supply reached Botany Bay, with the Friendship, the Scarborough and the Alexander arriving the following day. Even the 'slower' ships had kept up, and a day later they too were at anchor in Botany Bay. With no fresh water and little shelter for ships, the bay was unsuitable for a settlement, and Phillip took the fleet north to Port Jackson, going ashore there on 26 January. 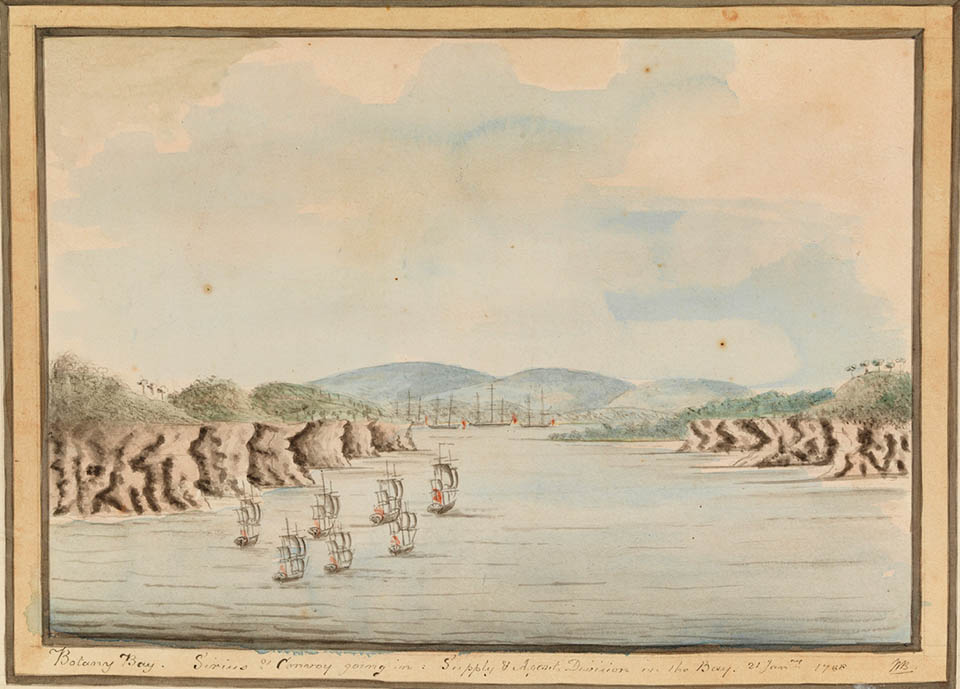 [media]The Supply went on to make 11 voyages from Sydney Cove in the next three years. On 14 February she took a party led by Philip Gidley King to Norfolk Island to start a settlement there, discovering Lord Howe Island and Ball's Pyramid on the way. She returned to Lord Howe Island in May to catch turtles as a cure for the scurvy afflicting people in Sydney, but none were to be found. 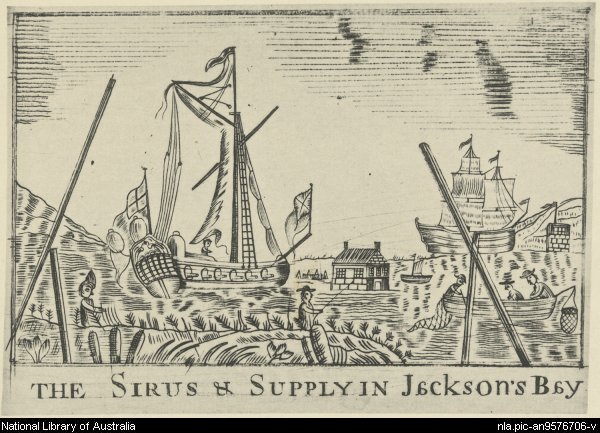 [media]There were more voyages to take supplies to Norfolk Island and catch turtles on Lord Howe Island until 5 March 1790, when she left with the Sirius to deliver convicts to Norfolk. [media]The Sirius was meant to go on to China to procure supplies, but was wrecked on a reef at Norfolk on 19 March. In Deputy Judge Advocate David Collins's words: 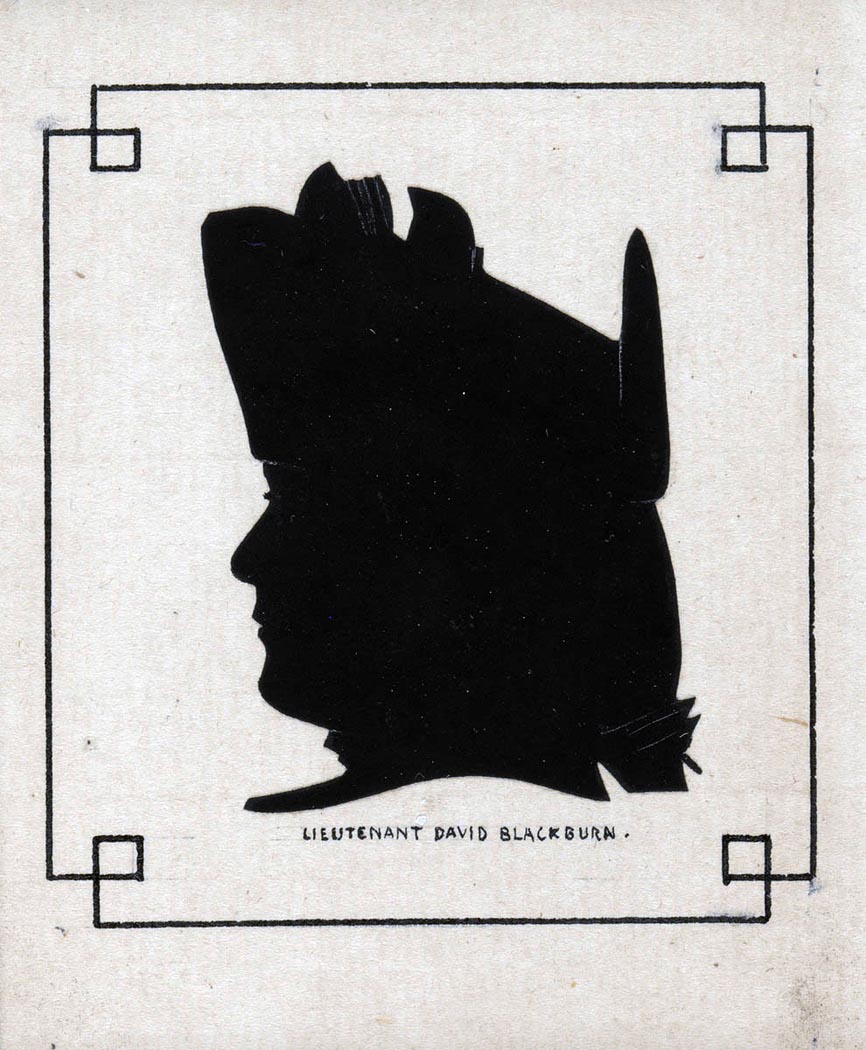 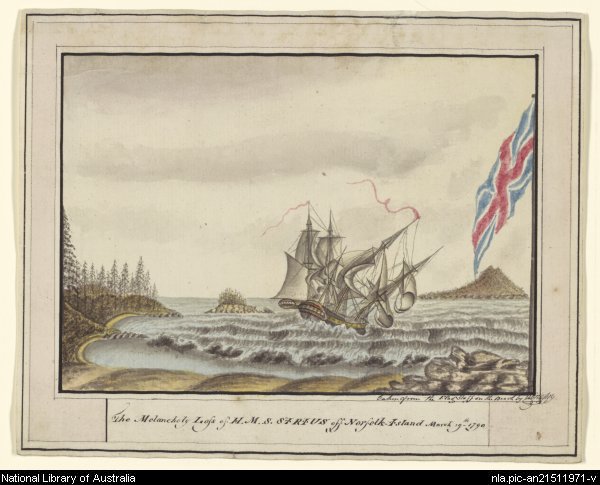 The general melancholy which prevailed in this settlement when the above unwelcome intelligence was made public need not be described; and when the Supply came to an anchor in the cove every one looked up to her as to their only remaining hope. [1]

[media]On 17 April, Ball left Sydney in the Supply for Batavia, ordered to procure eight months' provisions there. The Supply returned on 19 October, followed two months later by the Dutch transport Waakzaamheid, which Ball had engaged. There was a further voyage to Norfolk Island in January and February 1791 to bring back the stranded crew of the Sirius, and another from March to May. The Supply returned so damaged by this final voyage that she was ordered back to England. 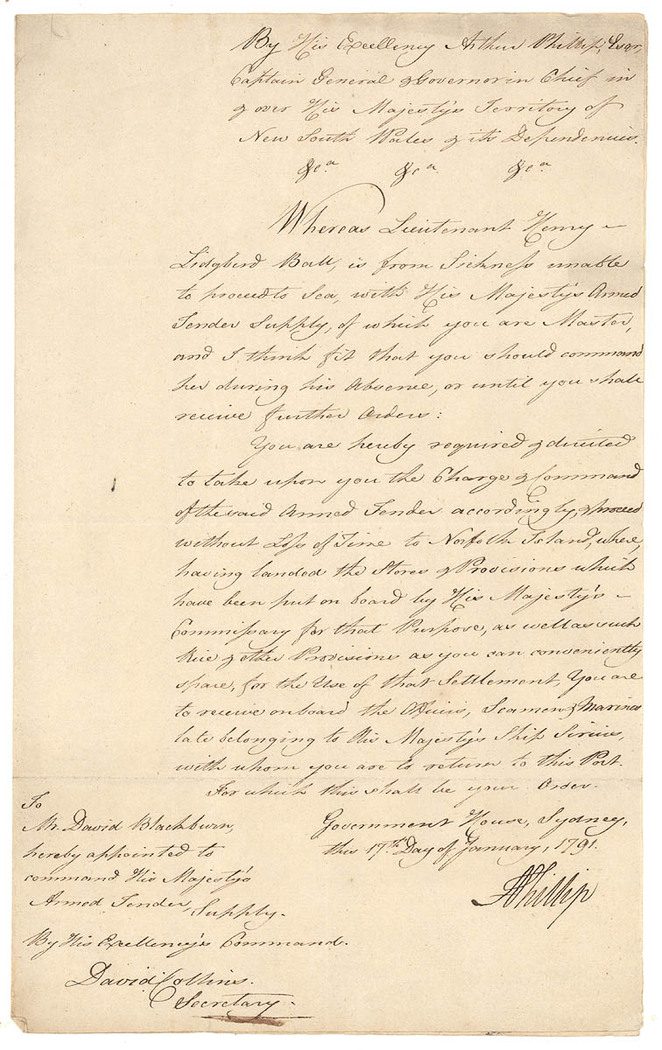 Collins recorded that 'The services of this little vessel had endeared her, and her officers and people, to this colony'. Commanded by Captain John Hunter, the Supply left Sydney on 26 November [media]with a kangaroo on board as a gift for King George III, reaching Plymouth on 21 April 1792. She was sold at auction on 17 July, renamed the Thomas and Nancy, and carried coal in the Thames area until about 1806. Her name would live on between 1962 and 1985 in the Royal Australian Navy's replenishment oiler HMAS Supply. 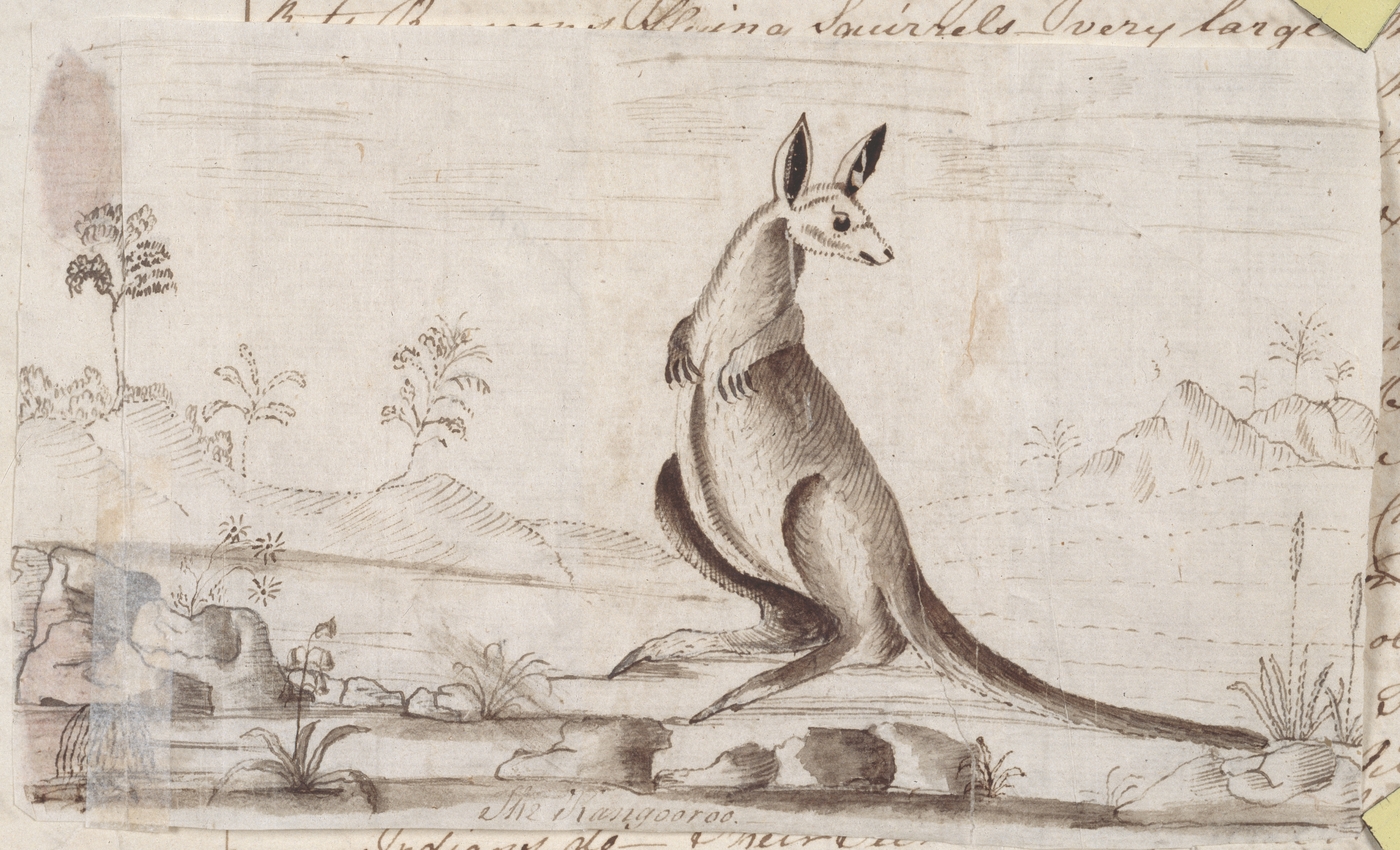 Collins, David. An Account of the English Colony in New South Wales: With Remarks on the Dispositions, Customs, Manners, &c. of the Native Inhabitants of that Country, vol 1. London: T Cadell jnr & W Davies, 1798.

Hunter, John. An Historical Journal of the Transactions at Port Jackson and Norfolk Island. London, 1793.