Melrose Park is one of 16 suburbs that form the City of Ryde. The city is approximately 12 kilometres from the centre of Sydney and occupies most of the divide between the Parramatta and Lane Cove Rivers. It is bisected from west to east by one of Sydney's busiest roads, Victoria Road. It is crossed north-south by another main road, Lane Cove Road and is skirted on the north-west by the M2 Motorway and Epping Road.

At the time of the arrival of Anglo-Europeans at Sydney Cove in January 1788, the Wallumedegal or Wallumede were the traditional owners of the area which they called Wallumetta. This clan formed part of a large Dharug language group.

The suburb of Melrose Park comprises the land that was originally granted to two ex-marines, John Colethread and Isaac Archer, on 3 January 1792. Archer travelled to New South Wales on the First Fleet, aboard the Alexander as a marine private, 20th (Portsmouth) company, while Colethread was a marine private with the 58th (Plymouth) company on board the Lady Penrhyn. The grants were among eight grants given to former marines, hence the name of the area, Field of Mars, Mars being the ancient Roman god of war.

In 1826 the [media]land was acquired by Major Edmund Lockyer (1784–1860). He had come to the colony the previous year as an officer in the 57th regiment. In 1825 he was ordered by Governor Brisbane to explore the area around the Brisbane River and in the following year he was sent to Western Australia to forestall any attempt at settlement by the French. On his return to Sydney, Lockyer sold his commission and was appointed a police magistrate at Parramatta. In 1828 he [media]took out a mortgage and built Ermington House, naming it after the parish of Ermington in Devon. It was a stately two-storey Georgian mansion constructed of sandstone blocks with a veranda around the ground floor. It was surrounded by a garden with tall trees and had a sweeping driveway to a private wharf on the Parramatta River (called Major Lockyer's Wharf) and another to the public road now called Wharf Road. 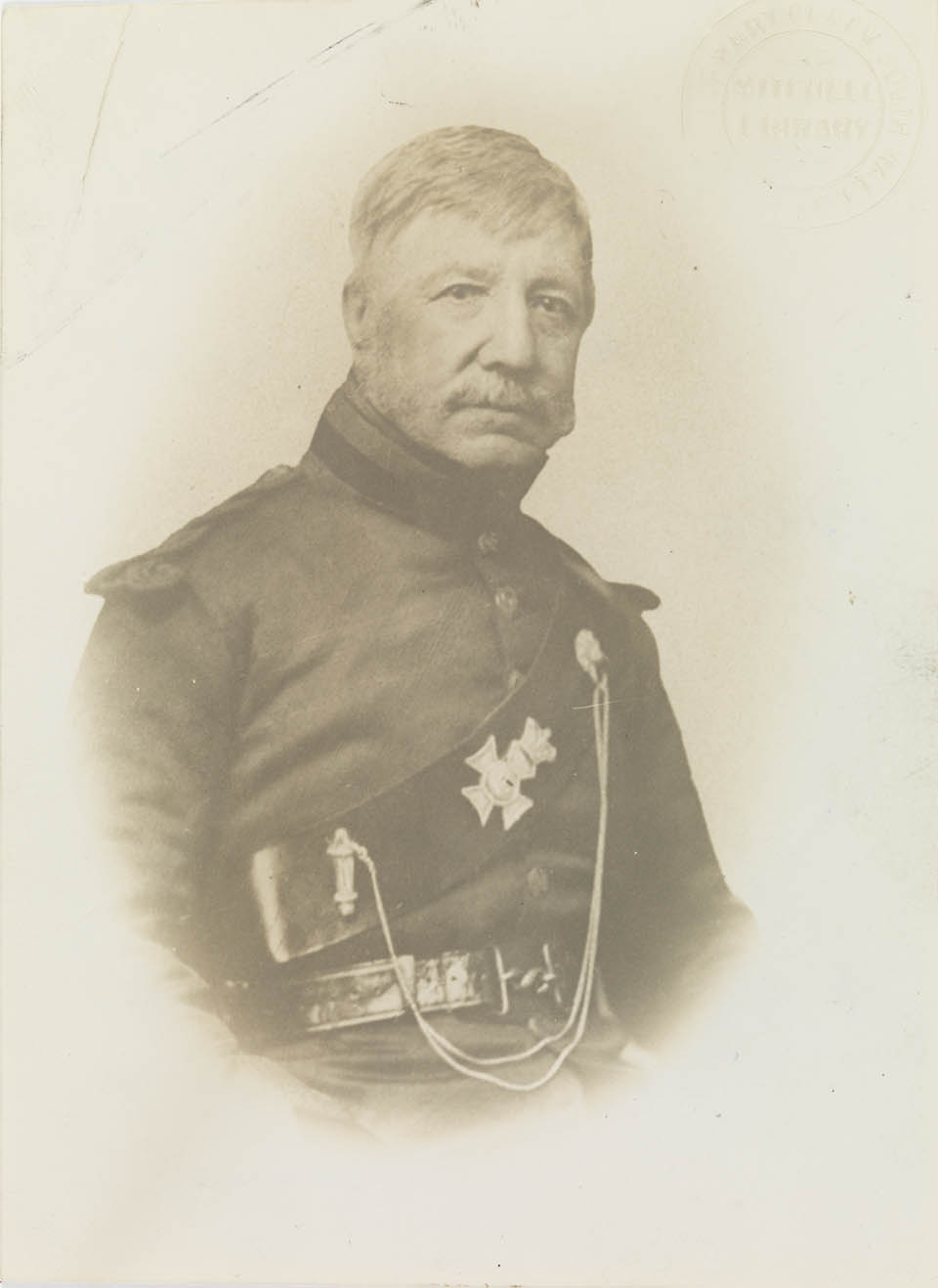 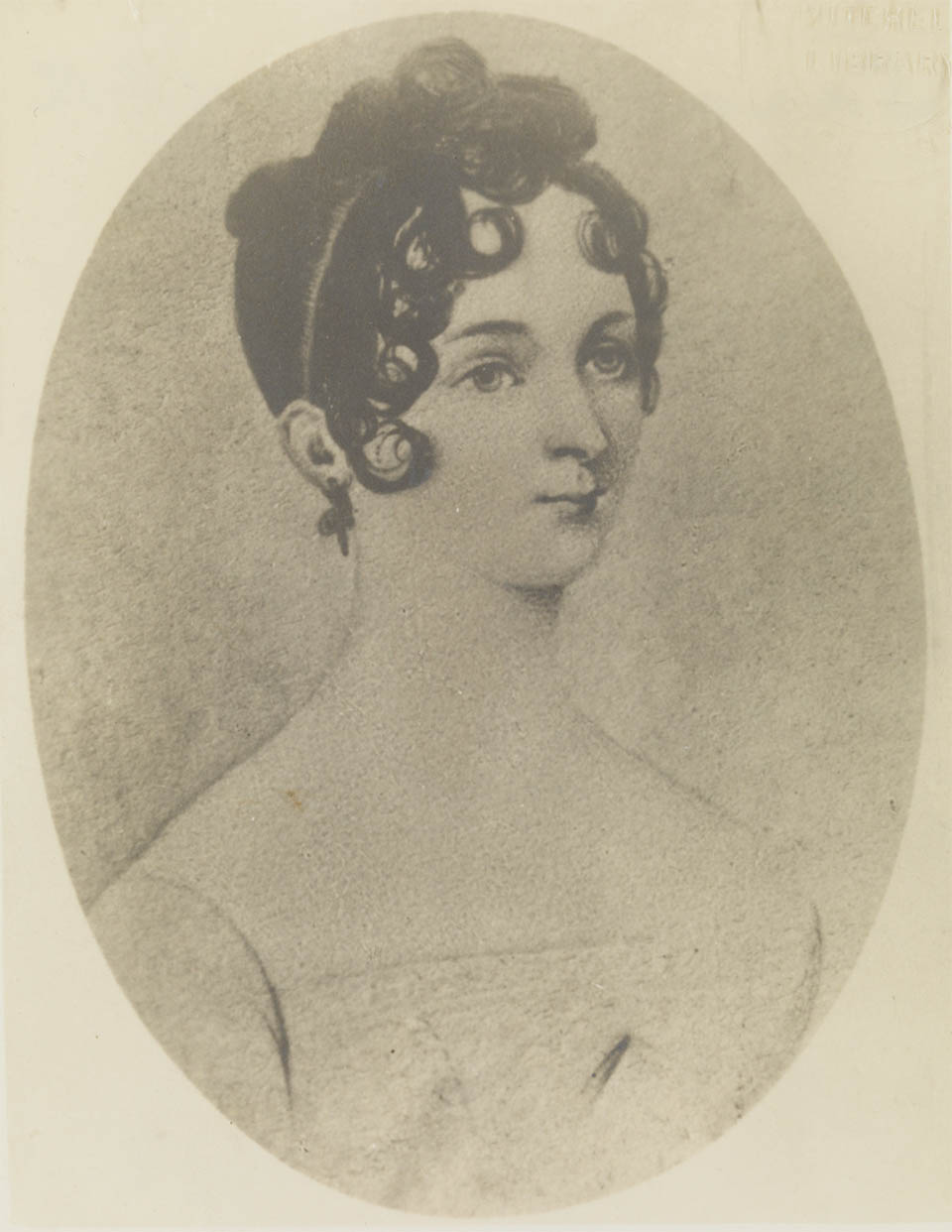 Wharf Road led to a wharf which was vital for the economic vitality of the colony. It was known by various names, including One Tree Wharf, Pennant Hills Wharf and the Government Wharf. The wharf serviced the government sawyers' establishment at Pennant Hills from the 1820s. The wharf was also used in transporting produce to market in Sydney. A roads itinerary published in the 1830s described the wharf as follows

In the late nineteenth century the wharf was used in the shipment of blue metal from the Pennant Hills quarry.

By 1830, Lockyer had over 1,900 hectares of land. However, he ran into financial trouble in the depression of the 1840s and part of the property was subdivided and auctioned off as the village of Ermington. There was little spare money in the colony however and only a few lots were sold. The residue of the estate was sold through a number of short-term owners to Jabez King Heydon, who bought it in 1854. In 1876 Ermington House was sold to John Richard Linsley, who was Mayor of Ryde from 1877 to 1880. From the mid-1890s, when Linsley died, the house and property were tenanted. In 1926, they were bought by the City Mutual Life Assurance Society Limited. The general manager, George Crowley, had a vision of a satellite town complete with its own golf course. Ermington House was demolished to make way for the houses between Crowley's property and Lancaster Ave.

Melrose Park itself is believed to be named after another flyer, Charles James (Jimmy) Melrose (1913–1936), who was born at Burnside in Adelaide. In August 1934 he flew 8000 miles solo around Australia, reducing the previous record by almost two days to five days, 10 hours and 57 minutes. He then flew to London and joined the Melbourne Centenary Air Race and – despite being the youngest entrant and being forced to make an emergency landing at Darwin – came third in the handicap and was the only solo flyer to finish. His achievements continued until on 5 July 1936, on a charter flight from Melbourne to Darwin, his plane broke up, killing him and his passenger. Funeral services were held simultaneously in Melbourne's and Adelaide's Anglican cathedrals. In Adelaide both houses of parliament suspended their sittings and St Peter's Cathedral was packed. Three Royal Aero Club Moths flew over as the service ended. It has been assumed that naming the area Melrose Park and the naming of the streets were contemporary but, as can be seen, that is not the case.

There were several subdivisions of the area with much of the northern section of the suburb being part of the Golf Links Estate No 3, advertised in 1940. The theme of honouring aviators was continued in the naming of the streets in later subdivisions, with streets named after flyers Jean Batten and Amy Johnson.

By 1945, the area east of Wharf Road (Melrose Park) was filling with houses but the western side (modern-day Ermington) had not been subdivided for houses. Crossing Wharf Road now divides the City of Ryde from the City of Parramatta, but in the 1940s the road divided houses from farms and nurseries. A hand-drawn painted map of the area shows Lindsay's dairy, Vines' Riding School, Rogers' Riding School, Dovgan's Poultry Farm, Southeron's Nursery, Edwards' Rose Nursery and Cahill's Nursery. Further west into Ermington was Palmer's Nursery, Swane's Nursery, and a Chinese market garden.

Also on the western side of Wharf Road was the Wallumetta Infants' School. This was established in 1944 after six years' agitation, and educated the smaller children on the Golf Links Estate. In 1947 its name was changed to Melrose Park Public School. The renaming of the primary school from Wallumetta to Melrose Park appears an innocuous change but behind it lay a passionate debate. Few inhabitants know how close the suburb came to being called Wallumetta, that is, the name by which the traditional owners, the Wallumedegal, called the land.

Battle over the name

The Historical Records Committee of Ryde Municipal Council (25 October 1946) had, as one of its items of business,

to receive deputations from bodies in the locality known as 'Melrose' regarding a change of name.' It was reported that 'this area was known notionally by a variety of names but has no official title. The time has come for it to have a distinctive name. Melrose is not acceptable.

Members of the Melrose Progress Association were strident in their belief that the subdividers had christened the area Melrose Park. The only other contender 'Walumetta' (sic) 'had no reference to the district, the authority for this contention being the Boy Scouts!' The change had been suggested by Ryde Municipal Council which, they believed, did not have the right to suggest a name. They also objected on principle to native names being used. They claimed a petition found 83 per cent of those who signed did not like that name and 'business houses in Sydney thought the name ridiculous'. The Council was told the residents would not accept Walumetta but would accept Melrose Park.

Opposition to this came from the Walumetta Methodist Church Trust. The Walumetta Methodist Church was established in August 1946 and represented 30 per cent of the residents. It had accepted the name Walumetta because it was the name of its church and men's club; the name applied to a school serving more than 100 children and was accepted when naming the local mothers' club. The Post Master General said the name Melrose and Melrose Park were not acceptable, but the name Walumetta, which was approved by the Department of Lands in 1942 and by Ryde Council in 1946, 'is not departmentally objectionable'.

As the place required naming and as the name 'Walumetta' is officially acceptable, is used by several bodies and is becoming known and accepted, it should be adopted.

The official, and unanimous, recommendation from the Historical Records Committee was that the area be called Walumetta. When that recommendation went to Council on 30 October 1946 it was moved that consideration of the matter be deferred for the time being. That motion was carried.

The Melrose Progress Association continued to write to council on matters variously giving their writer's address as Melrose or Melrose via Ermington. One particularly strident letter dated 25 November 1946 stated that the Melrose Progress Association objected to Council's actions in spending ₤800 in having The history of Ryde published and stating that the money could be put to better use in the municipality. Could this have anything to do with the fact that the author of the book, MCI Levy, was also the vice-chairman of the Historical Records Committee?

The rest, as they say, is history. Melrose Park School, which had been Wallumetta until December 1946, changed its name in 1947. By November of that year one of the polling places for the triennial election of aldermen for Ryde Municipal Council was listed as being Cobham Avenue, Melrose.

Manuscript drawing of the area around Wharf Road in 1945, Ryde Local Studies Collection