Australia's first professional artist. A talented artist with an interest in scientific studies, Lewin decided to travel to Australia to paint its natural history. He arrived in Sydney in 1800 and was encouraged by patrons including Governor Philip Gidley King, Governor Lachlan Macquarie, William Paterson and Sir Joseph Banks. He published Australia's first illustrated book 'Birds of New South Wales' in 1813. In 1810 Governor William Bligh appointed him to the role of coroner in the town of Sydney and of the County of Cumberland, which he held until his death in 1819. The headstone to his grave was moved from the Devonshire Street Cemetery to Pioneer Memorial Park in Botany Cemetery in 1976. 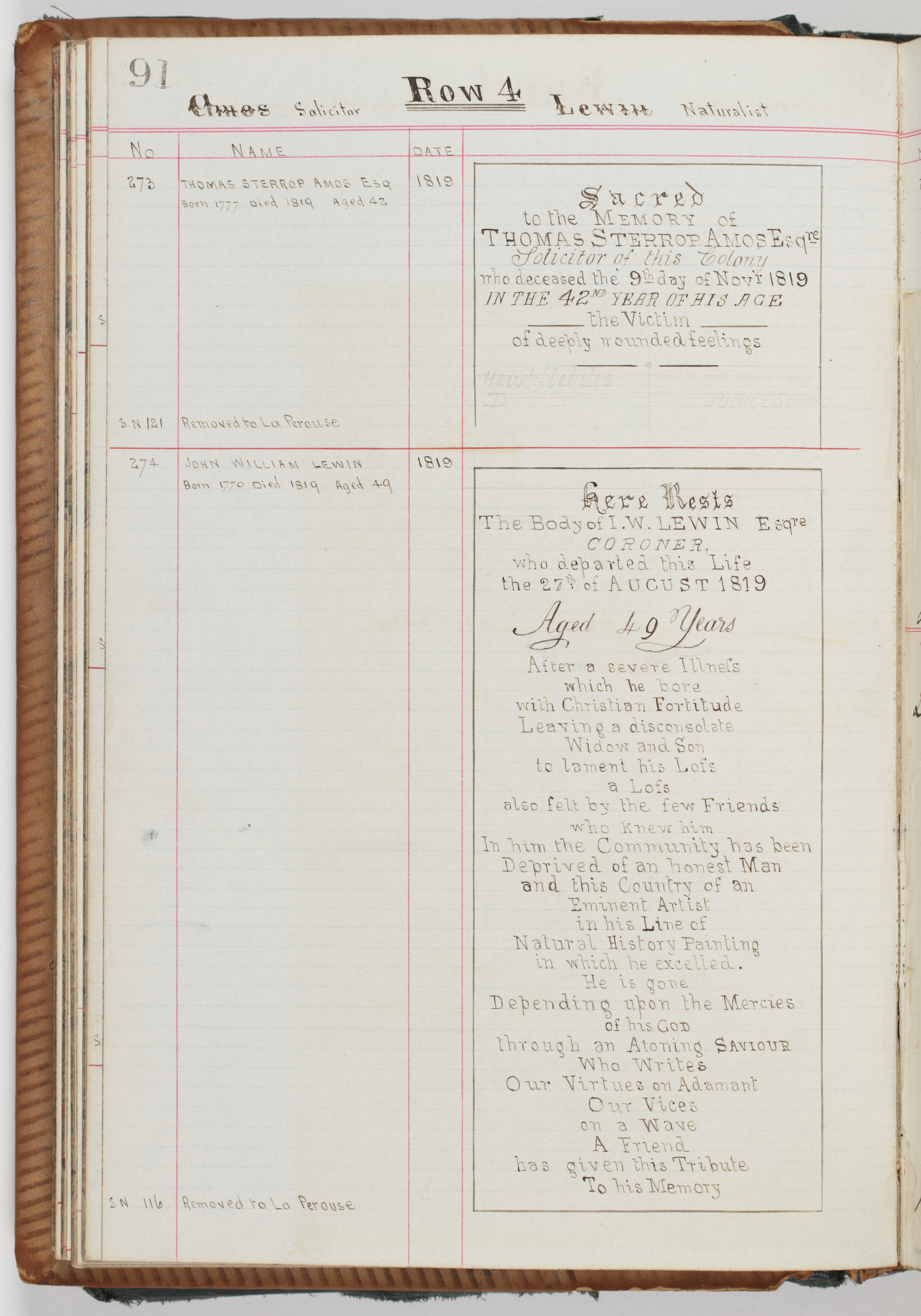 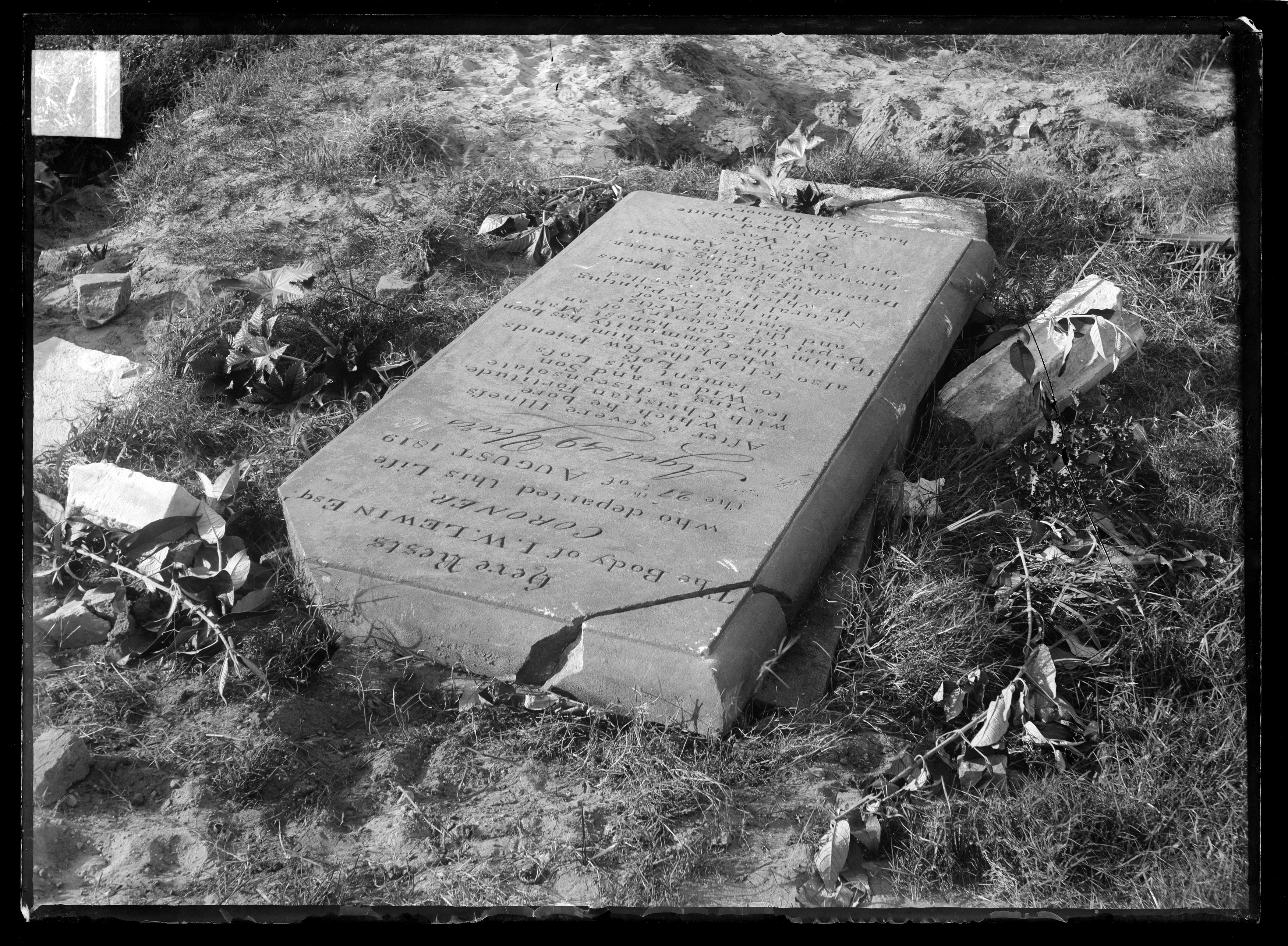