Sydney's first general hospital, on the western shores of Sydney Cove, was housed in a prefabricated structure imported from Britain on the Second Fleet. By the first decade of the 1800s, this building was becoming dilapidated, and was too small to provide adequate medical care for the growing population.

[media]In 1810, Governor Lachlan Macquarie proposed a new hospital on the elevated ridgeline at the eastern fringe of the town, which is today defined by Macquarie Street. The architect for the General Hospital is unknown, but there is speculation that Macquarie and his wife, Elizabeth, were involved in the design. The hospital had three colonnaded wings, each two storeys high, and took up most of the eastern side of Macquarie Street between the governor's Domain and Hyde Park. Its lofty location and monumental scale reflected Macquarie's desire to provide both amenity for the nascent township and a symbol of its future growth. It was the first, and one of the most ambitious, of the public building works carried out during Macquarie's 11 years as governor.

[media]The hospital was constructed between 1811 and 1816 by convict labour. The British government did not pay for it, as Macquarie had turned to three of Sydney's entrepreneurs for funding: Garnham Blaxcell, Alexander Riley and D'Arcy Wentworth. It was commonly referred to as the Rum Hospital, because the contractors were given a limited monopoly on the distribution of spirits in the colony, in return for building it. 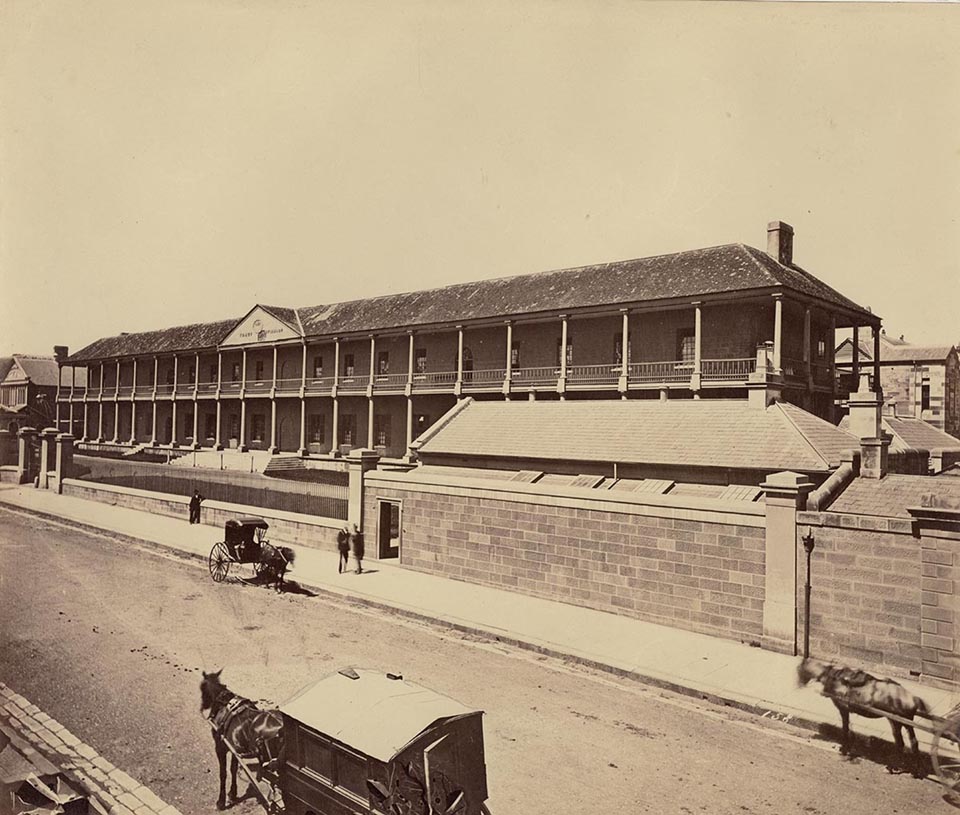 Initially, the hospital was too big for the population of Sydney, and the northern and southern wings, originally intended as accommodation for the surgeon and assistant surgeon, were eventually given over to other uses. However, buildings on the site of the central wing have been in continuous use as hospital wards from the time of the hospital's completion in 1816.

The hospital was criticised because it was considered shoddily constructed and structurally unsound. The convict architect Francis Greenway was appointed to oversee extensive repairs to the three wings during the 1820s.

[media]The central wing of the hospital was initially used for the treatment of convict patients. In 1826, the Sydney Dispensary was formed. It was a charitable organisation for the treatment of paupers, both free settlers and ex-convicts, and it was housed in the southern hospital wing (the building which is now the Mint). With the end of transportation in the 1840s, and the subsequent dissolution of the convict medical system, the Sydney Infirmary and Dispensary, as it was then known, moved from the southern wing to take over the central wing. In the early 1880s, this institution was renamed Sydney Hospital. 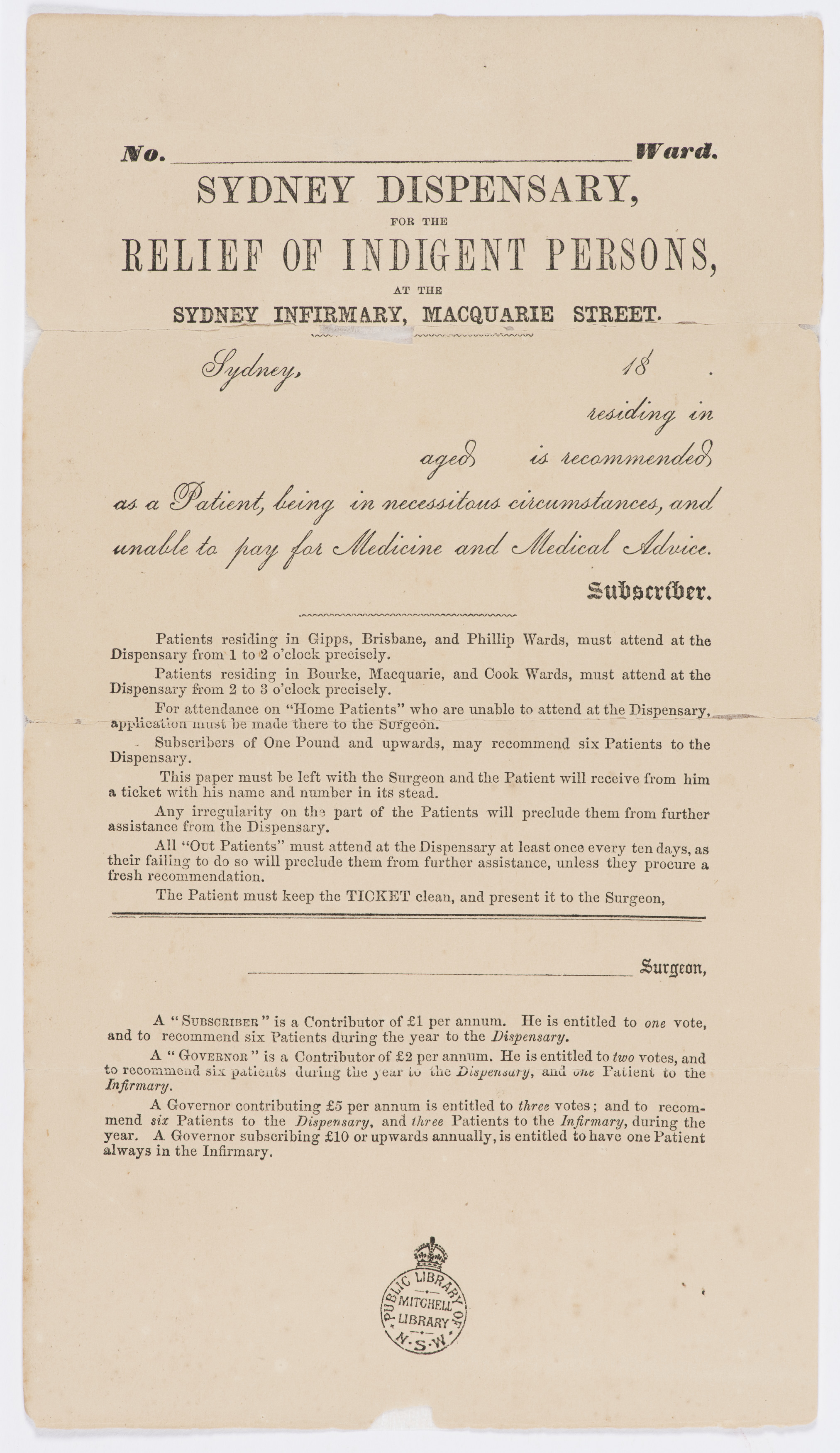 By [media]the 1850s, the hospital, now comprising only the main central wing, was outgrowing its space. In the 20 years from 1857, a number of buildings were constructed in the hospital grounds behind the central wing for offices, wards and staff accommodation. In 1869, the Florence Nightingale wing was built to a design by the Cornish architect Thomas Rowe to provide accommodation for a group of trained Nightingale nurses led by Lucy Osburn. This is now the oldest building on the hospital grounds. 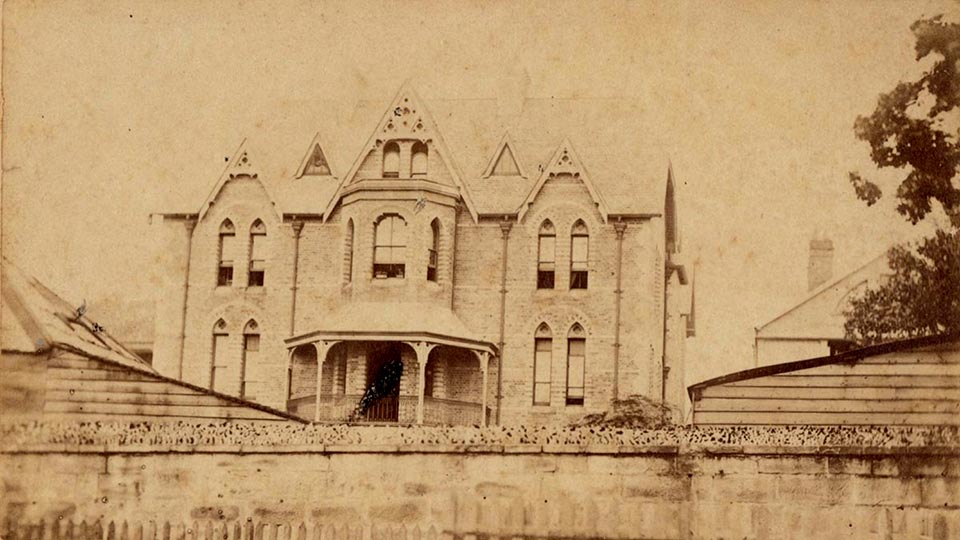 In 1878, a competition was announced for a new hospital building on Macquarie Street, on the site of the central wing of the Sydney Infirmary. Rowe's design was selected, and the following year the central wing of the original Rum Hospital was demolished. Work began soon after, but stopped in 1884 because the project was over budget. Construction work was suspended until 1892, when Rowe was taken off the project and a new architect, John Kirkpatrick, appointed. 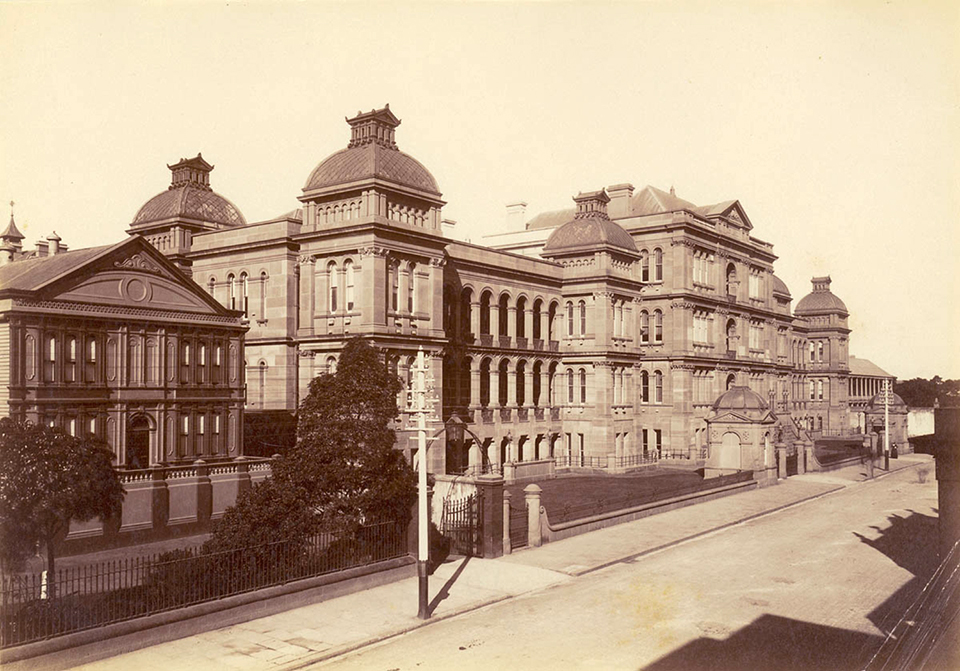 The hospital site was constantly added to and modified to accommodate the growing population of Sydney over the twentieth century, with a number of additional buildings erected in the hospital grounds facing Hospital Road. The most recent work, carried out between the mid 1980s and the 1990s, was the construction of the clinical services building and accommodation for the Sydney Eye Hospital. Although it is no longer a general hospital, Sydney Hospital and Eye Hospital continues to function as the oldest working hospital in Australia.