Fort Denison is one of [media]eight islands in Sydney Harbour. Five of the harbour's original 14 islands were joined to the mainland in the nineteenth century, while Spectacle Island was formed from two islets. 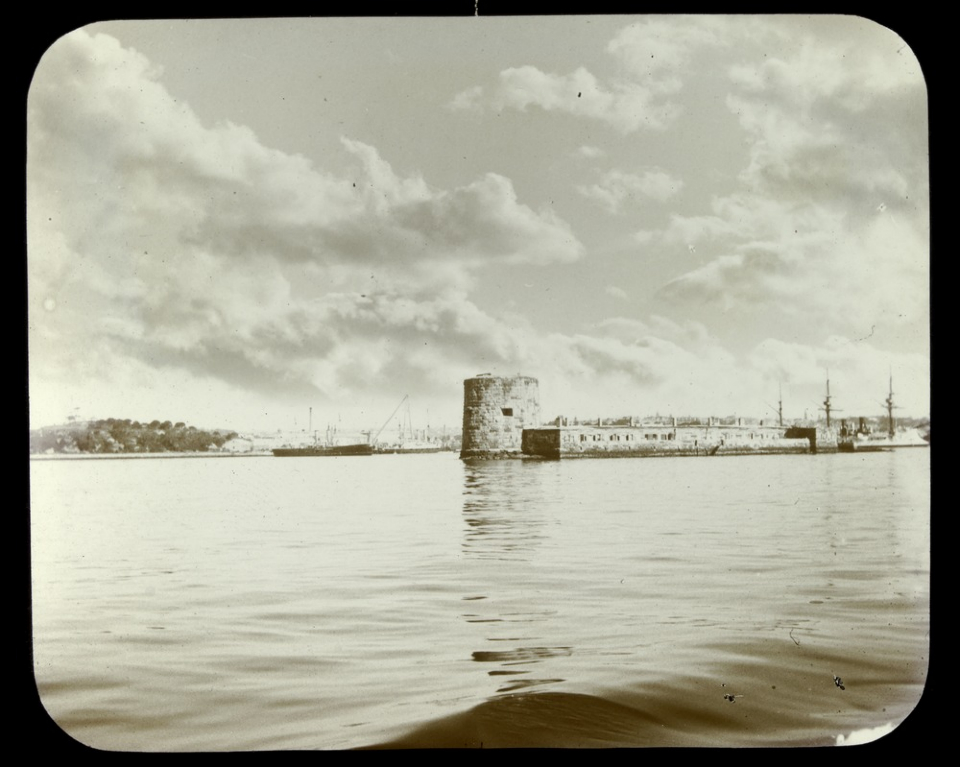 Fort Denison [media]was originally a rocky outcrop to the north of Woolloomooloo Bay, known by its Aboriginal name of Mat-te-wan-ye, also spelt Muttewai or Muttenwaya. Governor Arthur Phillip renamed it Rock Island soon after European settlement to Sydney Cove, but it was informally known as Pinchgut Island. This colourful name is commonly believed to refer to the island's use as place of punishment for convicts until the early 1800s, and the starvation diet they received there of bread and water. The name may also refer to the nautical term that indicates the island's location at the narrowest point of the harbour. 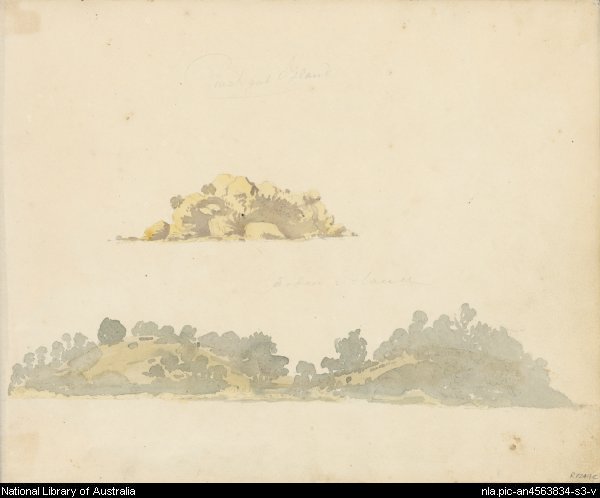 [media]Noted for its distinctive, rocky topography, the island originally rose 75 feet (almost 23 metres) above sea level. Alexander Harris, a visitor to Sydney in the 1840s, described Pinchgut Island and neighbouring Garden Island to the south-east as 'two small scrub clad piles of hoary stones, each standing solitary amidst the whistling winds of the Stream'. 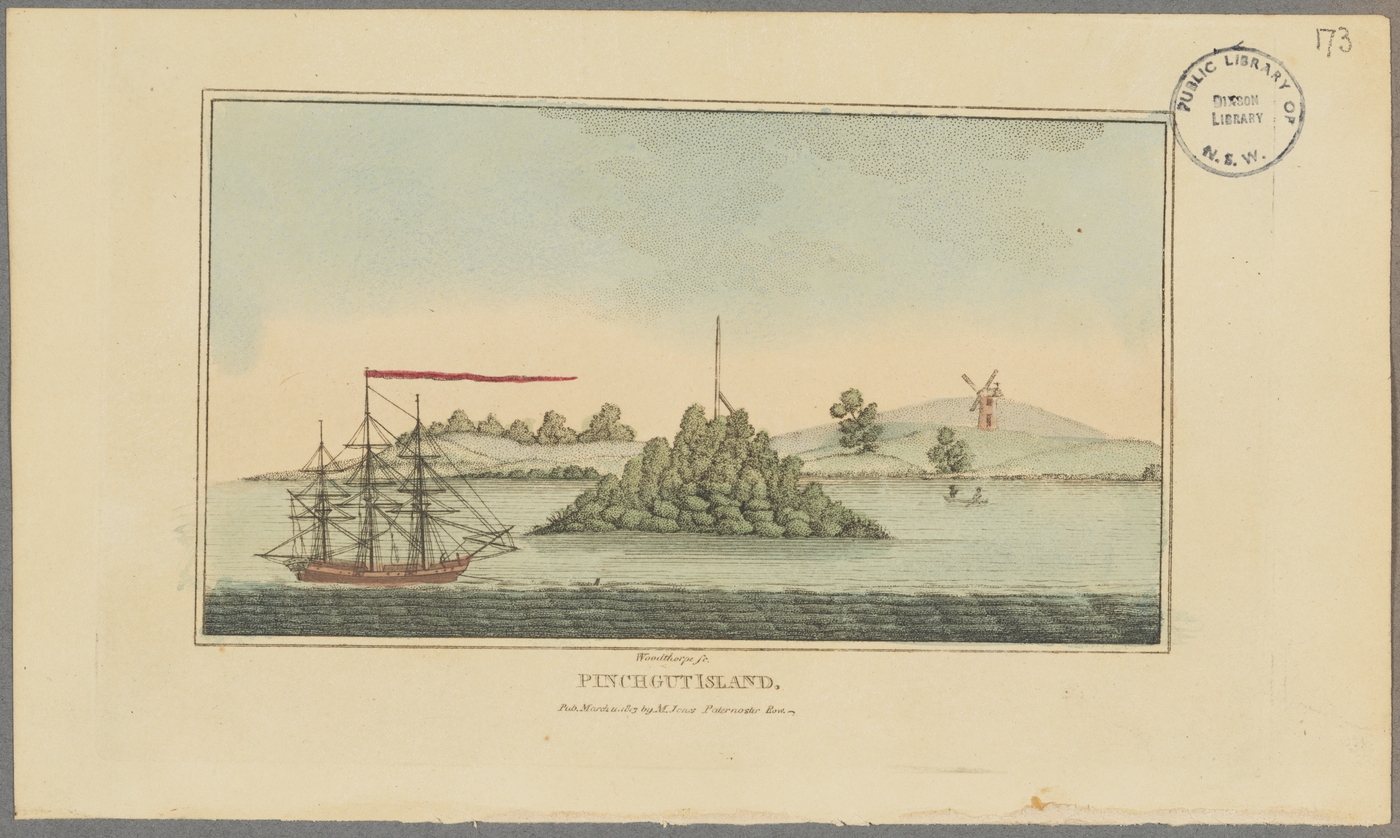 Short-lived works to excavate rock from Pinchgut Island were begun in 1841, and the island was [media]levelled to make way for a fortification in response to the threat perceived when American sloops had entered the harbour two years previously. The suspension of these works coincided with the end of convict transportation, which placed the responsibility and expenses of public works onto the colony. 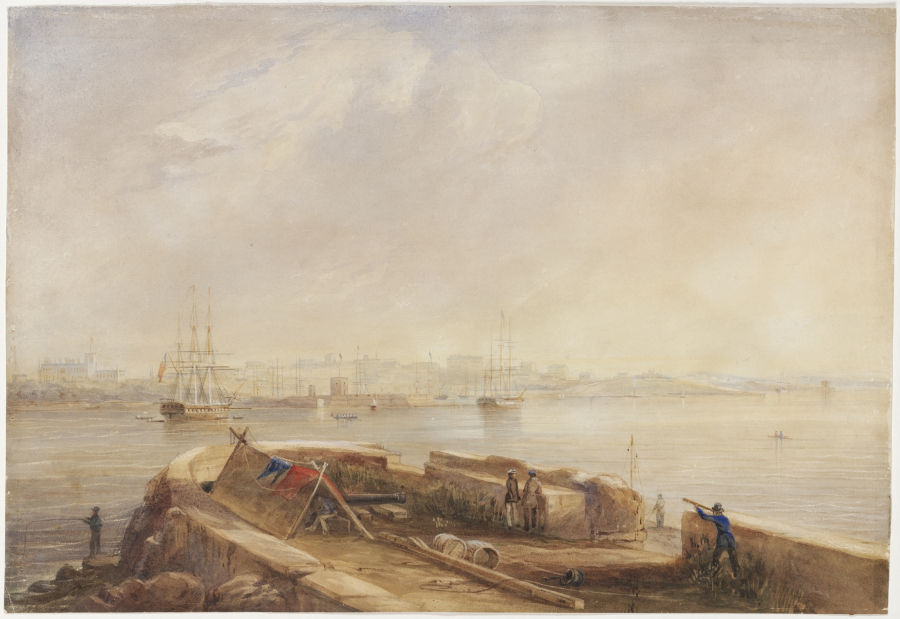 The levelling of Pinchgut Island can be considered one of the earliest 'heritage issues' in Sydney. The Presbyterian minster John Dunmore Lang derided its destruction as 'the folly of man'. Writing in 1875, Lang described the intact island as a 'natural ornament of the harbour' which had stood 'like a sentinel keeping watch upon the harbour for thousands of years'.

In 1855 work began again on transforming the island into a fortification, part of a program of public works initiated under Governor William Denison to improve the defences of Sydney Harbour. By the 1850s, the external threats to Sydney were from Russia, with whom Britain was at war in the Crimea (1853–56), as well as the French.

Stone to construct the fortification came from Thrupp's Quarry on Kurraba Point, Neutral Bay. Construction was supervised by William Randle, who had the contract to build part of the railway line between Sydney and Parramatta in the early 1850s. The distinctive Martello tower – to the design of the forts that ringed the British coastline in the Napoleonic wars – was the only one built in Australia. It was equipped with two 10-inch guns and 12 eight-inch pounders. Initially, Fort Denison was manned by Royal Artillerymen.

The fortress island, named after the Governor, was officially opened in 1857.

Fort Denison [media]was never used for its intended purpose, in that it never fired an angry shot. The Martello tower was outmoded by the time of its completion, and Sydney's defence needs changed in the twentieth century. The Martello tower received some damage during World War II, when it was hit by a shell from the USS Chicago during an engagement with Japanese midget submarines entering the harbour.

As well as being one of the primary defences on Sydney Harbour, Fort Denison has collected meteorological and tidal data. The fort is still used to measure tidal activity.

In 1901, Fort Denison was passed to the control of the new Sydney Harbour Trust, renamed the Maritime Services Board in 1936, which managed the harbour's shipping and wharves. In 1906, the time gun from Dawes Point was moved to Fort Denison, where it was fired daily at 1 pm to coincide with the dropping of the time ball at the Sydney Observatory. This service was suspended during World War II and reintroduced in 1986. The firing of the cannon, now purely ceremonial, was originally to assist ships in the harbour to set their chronometers, and for Sydneysiders to set their watches and clocks.

Fort Denison was [media]opened to the public from 1936, apart from a brief spell during the war when it came under the control of the Commonwealth Government and was used as an anti-aircraft base. 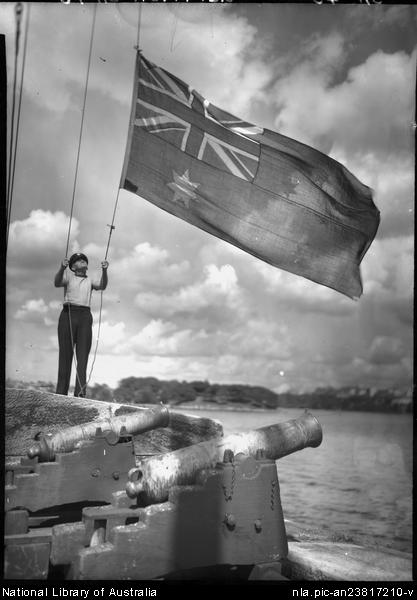 Until the mid 1980s, a caretaker lived at Fort Denison, with water, gas and electricity supplied from the mainland. In 1992, it was transferred to the National Parks and Wildlife Service and became part of Sydney Harbour National Park. It was closed to visitors while extensive conservation works were carried out in the late 1990s. Since it reopened in 2000, Fort Denison has been open to the public as a function venue and for tours.

Alexander Harris, Settlers and convicts, or, Recollections of sixteen years' labour in the Australian backwoods [by an emigrant mechanic], C Cox, London, 1847