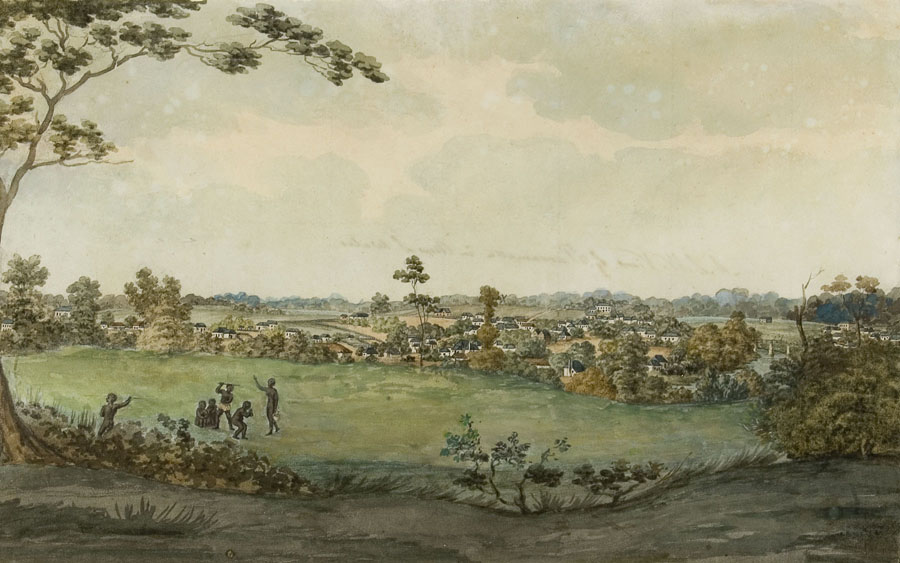 After the [media]penal colony was founded at Sydney Cove in January 1788, Governor Arthur Phillip organised exploring expeditions up the Parramatta River. When more fertile land near the head of the river was found, he decided to set up a second settlement. On 2 November 1788, a site was selected for a redoubt at the Crescent, in what is now Parramatta Park, and on 4 November 1788, convicts were sent to the site. Land was cleared and planted with crops. Apart from government agriculture, private farming also began. In November 1789, James Ruse was occupying land at Experiment Farm, which he was cultivating. Later, it was granted to him. 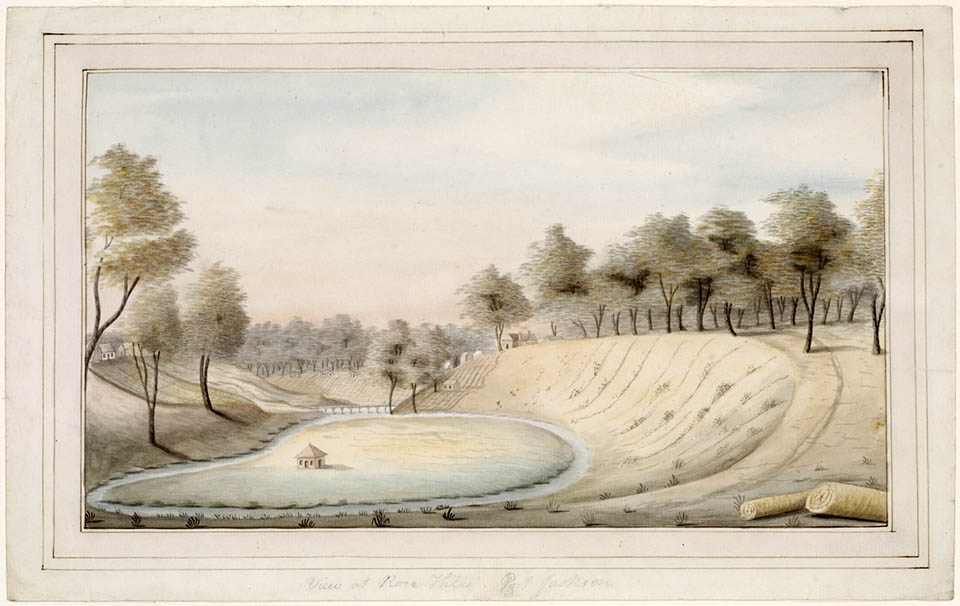 From Rose Hill to Parramatta

The settlement was originally known as Rose Hill in honour of George Rose, Secretary to the British Treasury, who was reputed to have helped Phillip secure appointment as governor of the penal colony. On 2 June 1791, Phillip renamed it Parramatta, using the locality name used by the Burramattagal. Various meanings have been ascribed to the name Parramatta, but Elizabeth Macarthur wrote at the time that it meant 'head of the river'. It was the first place to be given a name by Europeans that was based on an Aboriginal name. [1]

A [media]town was laid out in 1790 with a long transverse street, later known as George Street, leading from the wharf to Government House. It was lined on both sides with convict huts. Other buildings erected included a granary, stores, and military barracks. A hospital was operating in 1789: in 1792 a new brick hospital was built on a site by the river. A gaol was commenced in 1797 in what is now Prince Alfred Park. The first service at St John's Church was held on 17 April 1803. Its distinctive towers were added in the 1810s. Originally all communication to and from Parramatta was by river, but a rough track to Sydney was opened. Parramatta Road was laid out about 1797 under the direction of Surveyor-General, Augustus Alt. [2] 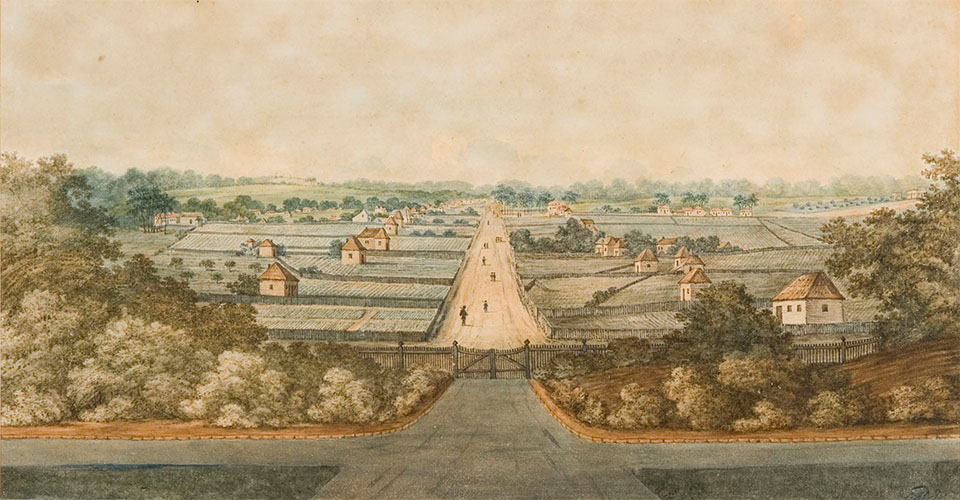 Government House was set up as the governor's Parramatta residence and a large area around it was set aside as the Governor's Domain. It became Parramatta Park after it had been greatly reduced in size. Until the 1850s many governors preferred to rule from Parramatta rather than Sydney.

Manufacturing in Parramatta included weaving, brewing, and brick kilns. The streets were regularised in 1811 and 1814. Inns emerged as commerce expanded in the town, changing a convict-based economy into a market-based economy.

The Female Orphan School, a [media]pet project of Governor Macquarie's wife Elizabeth, was completed on 30 June 1818. It now forms part of the University of Western Sydney. The Female Factory was occupied in February 1821, housing convict women awaiting assignment or returned to the government by their employers. 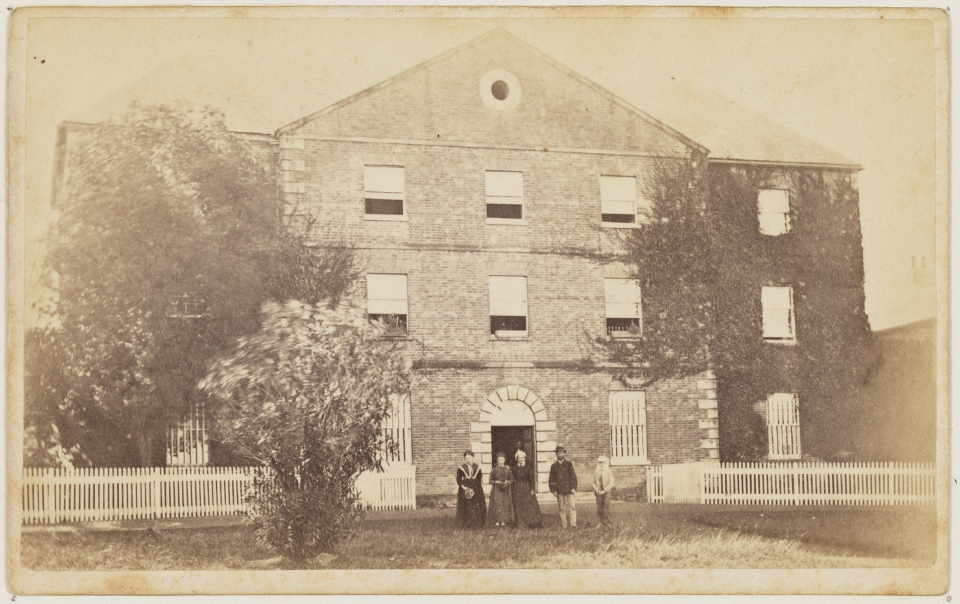 [media]In May 1823, a Governor's Proclamation permitted those who held land in towns, including Parramatta, to obtain a lease for 21 years. Those who were willing to pay 21 years 'quit rent' or had spent over £1,000 on building were entitled to a grant. Previously, some grants been made in the town but most land was held under lease or at sufferance. The proclamation gave townspeople secure tenure of their land, which they could develop for commercial or residential purposes. When the leases expired in the 1840s, there was a long period of tidying up of property ownership in Parramatta, which enabled some canny speculators to obtain a good deal of land in the area. The process of finalising grants continued into the 1850s.

Parramatta grew as the major regional centre for western Cumberland with its courthouse, Government House, markets and stores. It provided professional services in law and medicine. Many specialist suppliers operated from Parramatta while notable hotels such as the Red Cow and the Woolpack added to its attractions. The establishment of the King's School fixed Parramatta's role as a major educational centre. The school moved into new premises on the north side of the river in 1835.

The [media]end of the convict regime in the 1840s and the withdrawal of the imperial garrison and the loss of its financial expenditure meant a reduction of functions for Parramatta, so its economy suffered. However, Parramatta was left with a legacy of major convict era buildings. These were later converted into public institutions such as the Lunatic Asylum (former Female Factory), Benevolent Asylum (George Street convict barracks) Lancer Barracks (former military barracks), and Parramatta Gaol. 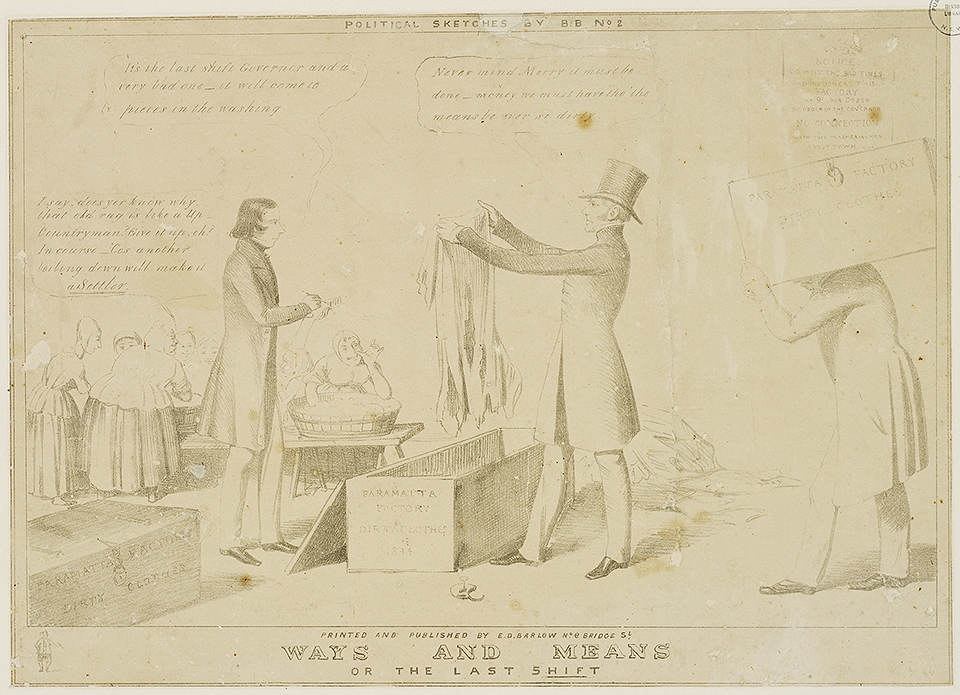 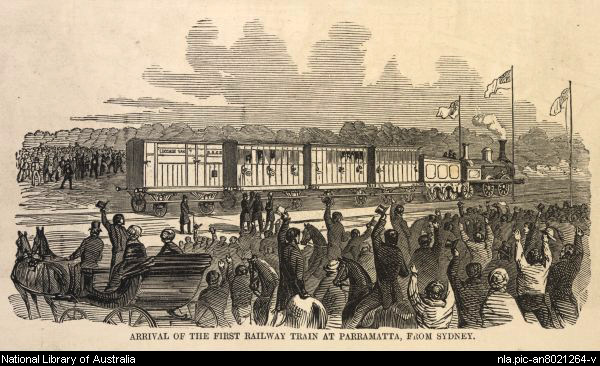 A [media]local government authority was proclaimed for Parramatta on 27 November 1861. An election on 20 December 1861 was followed by the first meeting of council on 2 January 1862 in the courthouse. Parramatta's Town Hall was completed in September 1883. 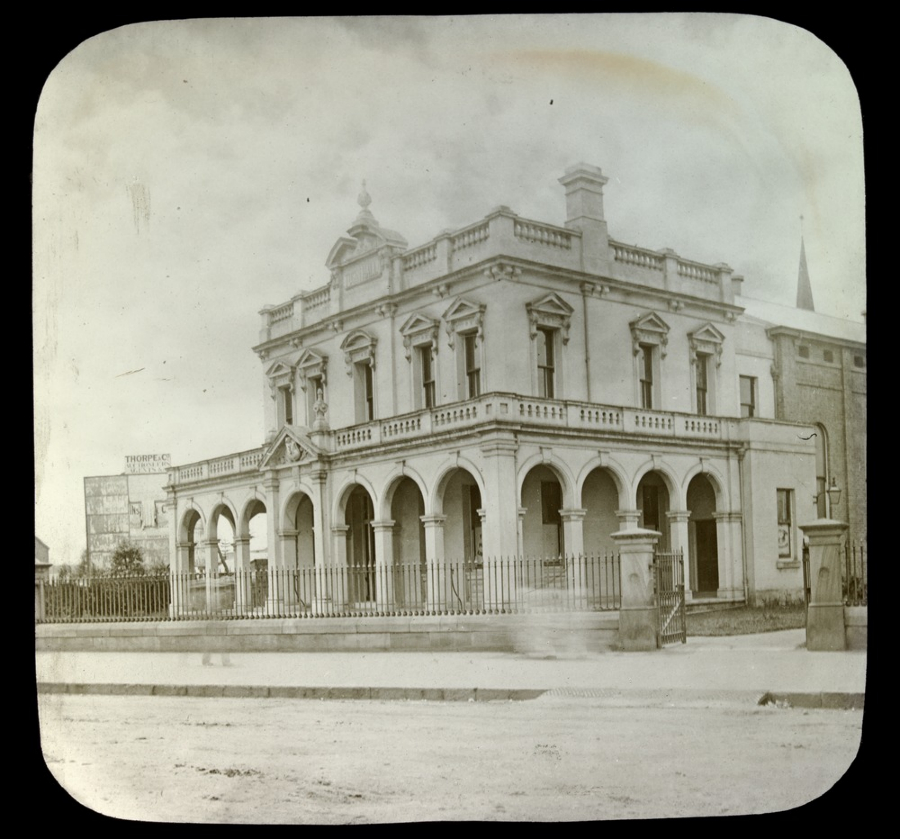 Industrial [media]businesses set up in Parramatta included blacksmiths, which later turned into engineering firms such as that of the Ritchie family; millers such as Henry Harvey and the Byrnes Brothers; tanneries, brick kilns and tweed mills (also run by Byrnes Brothers). Parramatta's continuing role as a retail centre with many stores was reflected in the number of newspapers issued at Parramatta, though, unfortunately, few issues survive from before the 1870s. Major banks established in Parramatta included the Commercial Banking Co of Sydney (1861) and Bank of New South Wales (1874). 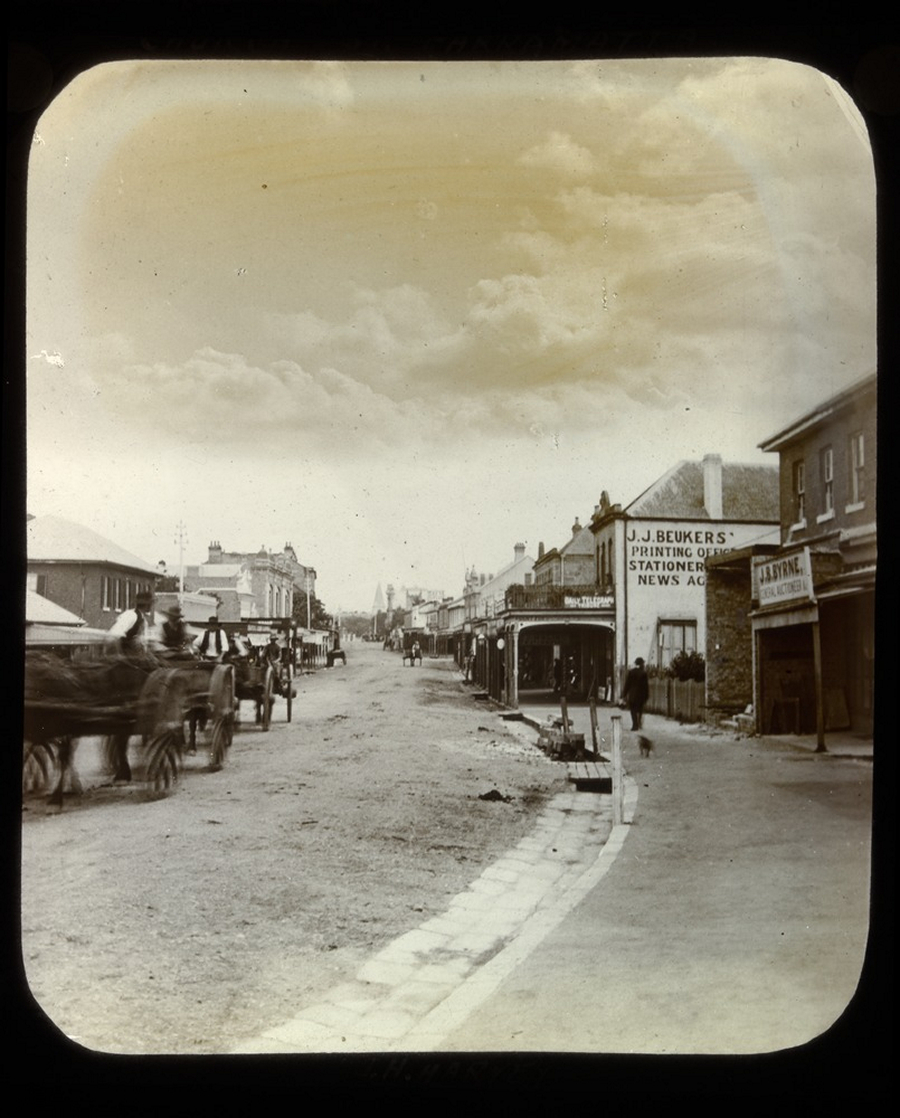 A suburbanisation boom from the 1870s onwards created satellite towns in areas such as Harris Park and Granville. Initially, since there were only a few general stores in those centres, most residents still patronised Parramatta for major purchases or professional services. At the same time, more intense development pressures within Parramatta forced some manufacturers to shift to outer areas on 'green field' sites. Byrnes Brothers weaving mills moved to Granville and Ritchie's engineering works went to Auburn.

As a town with an 'old world' feel by the 1870s, Parramatta emerged as a holiday or honeymoon destination, a function it retained into the 1910s. Centred on a pleasant landscape of farms and orchards with the river and hills nearby, its less hectic lifestyle brought Sydneysiders there for holidays. Parramatta was also the centre for many established sports including clubs for cricket, football and tennis, as well as wheeled sports such as bicycling, motor-cycling and eventually car racing.

Parramatta has a special place in the history of [media]flying. On 3 November 1911, William Ewart Hart flew his plane from Penrith to Parramatta for breakfast with his father, taking his 16-year-old brother, Jack, as a passenger. It took 19 minutes to complete the journey. It is reported that Jack vowed he would never go up with Billy again after the flight. It is recognised as the first long distance flight in Australia. 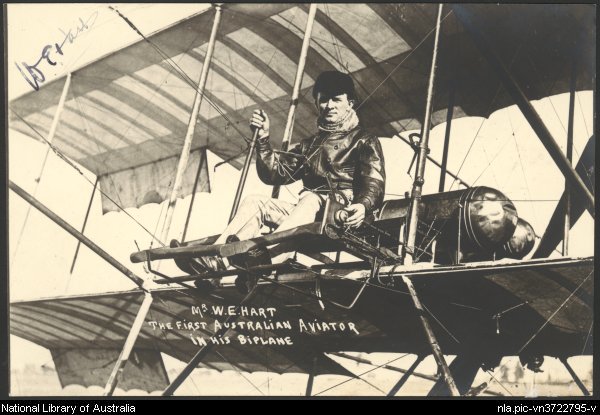 Major stores commenced by local entrepreneurs included Erby's, Rawlinson's and the most famous of all, Murray Brothers. WR Murray and EN Murray combined their businesses in 1884 and expanded. In 1889, they built new multistorey premises which dominated Church Street, and which may be the first multistorey commercial store built in western Sydney. They are still extant at 263 Church Street.

By the 1930s, Sydney-based chain stores such as McIlrath's, Moran & Cato and Nock & Kirby were entering Parramatta and pushing out local firms. Grace Brothers opened its new [media]Parramatta store on 5 April 1933. A band of local unemployed men welcomed and entertained customers as they entered the premises. Murray Brothers expanded into new purpose-built premises on a new site at the corner of Macquarie and Church Streets. Local ice cream producer Lynam's opened a milk bar in Macquarie Street in the [media]1930s. For 18 months, it was conducted by John Goffage, later better known as Australian character actor 'Chips' Rafferty. Industrial development spread east along Parramatta River and to the south in the 1920s into what was then the Municipality of Granville. 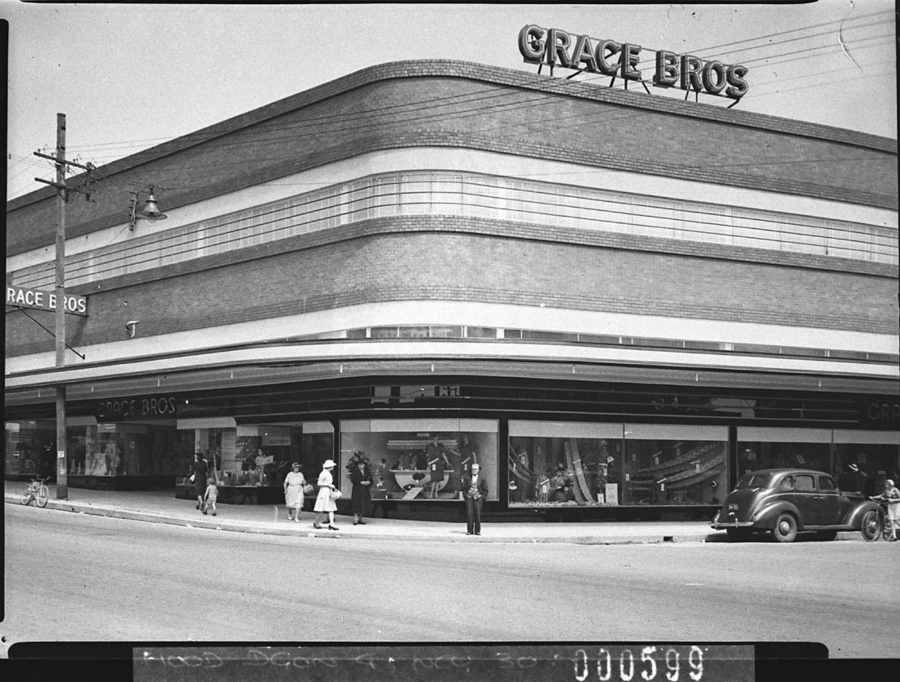 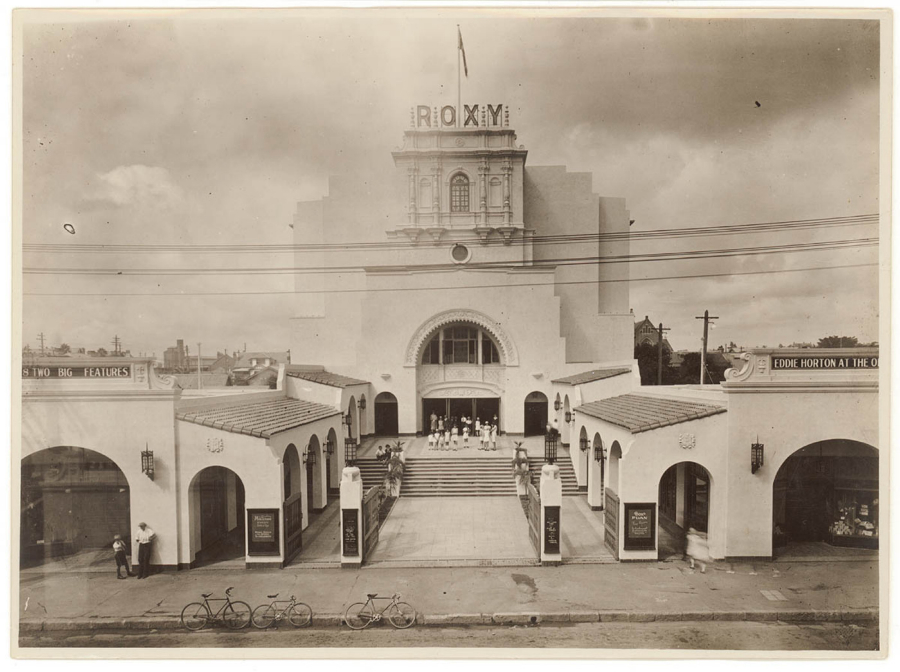 Municipal amalgamation forced by the state government in 1948 permitted Parramatta to absorb the municipalities of Granville, Dundas, Ermington and Rydalmere, despite the observation of Granville's Town Clerk that 'You can't make one rich man by tying three poor men together'. [3] A major part of Blacktown Shire covering Northmead and Winston Hills was added to the City of Parramatta in 1972.

Institutions such as the George Street Benevolent Asylum and Homes for the Aged were closed, and their sites redeveloped, reducing Parramatta's dependence on government institutions. Yet, the continuation of others such as the former Female Factory, which became the Lunatic Asylum (now Cumberland Hospital), the former Female Orphan School (later Rydalmere Lunatic Asylum) and now the University of Western Sydney's Rydalmere campus, maintained the role of large institutions in Parramatta and ensured the survival of its historical fabric.

Vigorous commercial redevelopment commenced in the 1950s, as commercial offices entered the Parramatta central business district, diversifying its former retail focus. The process was hastened by zoning and the need for regional headquarters for firms serving western Sydney, which had boomed after World War II. Retailing changes were highlighted by the remodelling of Grace Brothers store in 1956 with rooftop parking. The opening of David Jones Church Street store by the Parramatta River on 22 November 1961 helped to steer retailing northwards away from the railway station.

Subsequently, Westfield redeveloped the Grace Brothers site on Church Street next to the railway station. When it opened in 1975, it sought to reverse the trend of shoppers bypassing Parramatta for regional shopping centres such as Roselands. The strategy was successful and Westfield has expanded further since then. Wholesale redevelopment of entire blocks adjacent to the railway station is currently altering the core of Parramatta.