Linking up the scattered communities that developed in the convict colony was an important project for the early governors, even though 'containment' was an official policy for some time. River and coastal shipping provided access to some of these communities and their activities, but not all, and transport costs by water, because of the distance, could be prohibitive. So for commercial as well as administrative reasons, a road network was soon a necessity.

North of Sydney Town, discovery of coal deposits in Newcastle and the Hunter valley had led to developments in that region, and while coastal shipping provided the major means of access and transport of goods and personnel, the necessity for a road connection was early understood. Major Thomas Mitchell had planned the 'Great Roads' of the colony in the 1820s – at a time when road transport depended on animal power – and the first possible road to the north was surveyed in 1825. [media]Work commenced in 1826 on the route chosen for the Great North Road: it led off from the road between Sydney Town and Parramatta just west of Ashfield, along modern-day Great North Road to Abbotsford, where the Parramatta River was crossed by punt. The road continued through Gladesville and along the ridge line, north through what is now Ryde, then north-west, eventually crossing the Hawkesbury River at Wisemans Ferry, and then proceeding north to the Hunter valley. 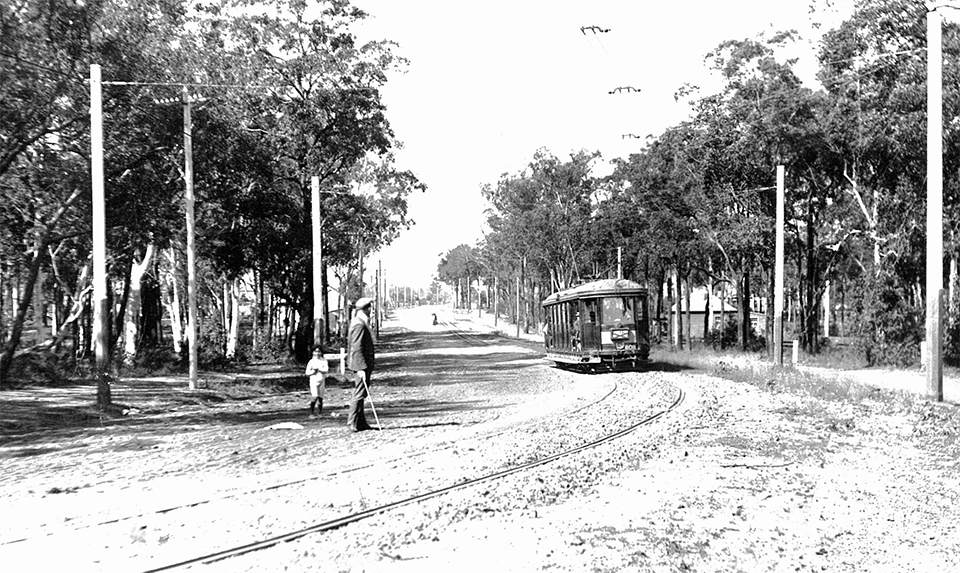 Mitchell's Great North Road to Newcastle was infrequently used, largely because the route went through nearly 30 miles (over 48 kilometres) of very mountainous country. This was a discouragement to travellers especially after 1831, when steam-powered shipping and the appearance of the paddle-steamer Sophia Jane in Sydney made transport by sea more efficient than that by land. Captain BH Martindale, who arrived at Sydney in July 1857 and became Commissioner of Internal Communications, was of the view that Mitchell's Great North Road was an integral part of his scheme for providing 'indispensible communications on a rational basis' for the colony, but the [media]use of the Great North Road grew only gradually over the decades. 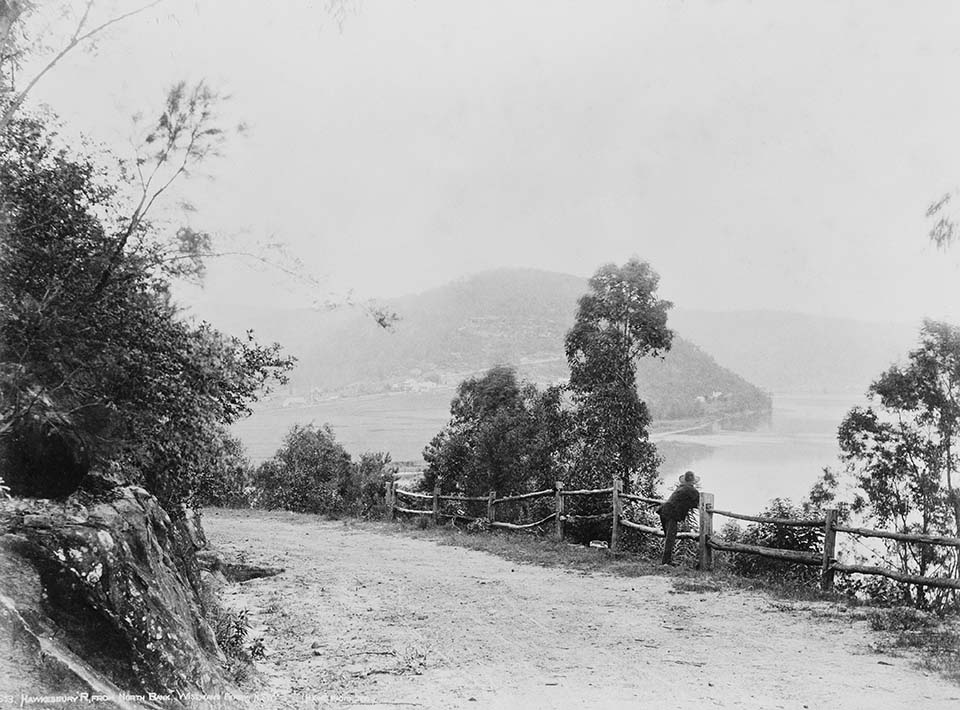 [media]This slow growth was also the result of another possible route north out of Sydney Town. During the 1830s, George Peat had carved out a track, largely for timber-getters, from around Berowra to the Hawkesbury River at Peats Ferry. By 1847, Peat had fully marked out a track which left Sydney Harbour at Milsons Point and passed through Hornsby at Pearces Corner, going on to the Hawkesbury. This route was formally surveyed and formed as a road in 1853, and became the preferred route to the north. The rail line, going north to the Hunter valley and beyond, was not completed for another three decades, with the rail bridge across the Parramatta River from Rhodes to Meadowbank only completed in 1886. Goods transport tended to prefer this mode, and early suburban development followed the railway line along the ridge tops from Hornsby, where the road also ran. 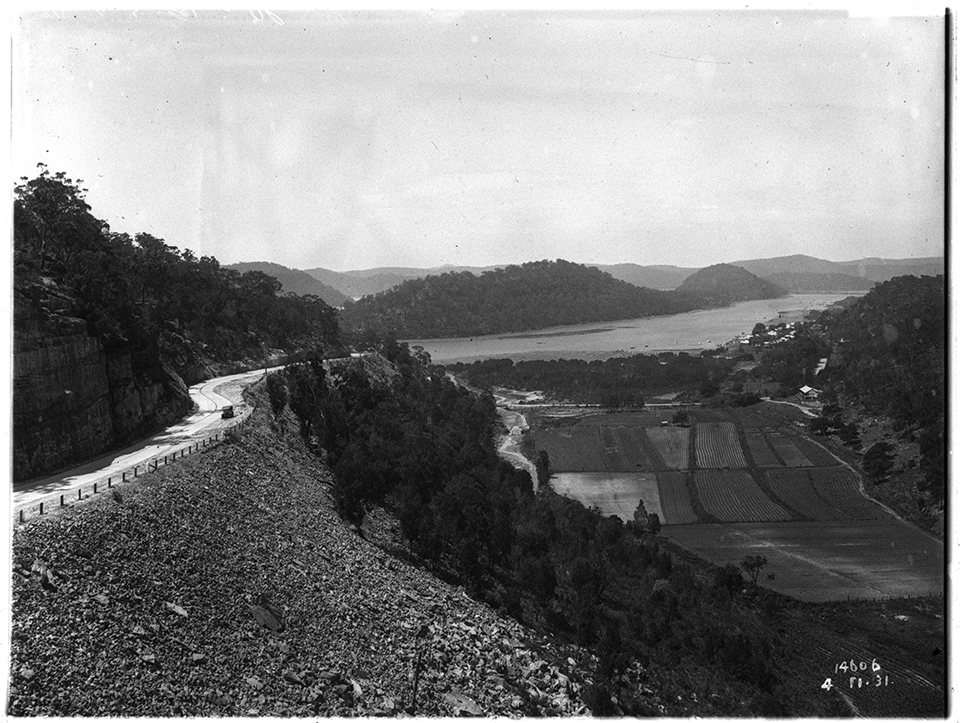 Because the main northern railway line and the new North Shore suburban line joined at Hornsby, it developed as a railway town, with Hornsby railway station opening in September 1886, and Berowra, Hawkesbury River (Flat Rock) and Mt Colah railway stations opening the following year (1887). The first Hawkesbury River railway bridge, at Brooklyn, was also opened in 1887. The road north was almost complete.

Development along the north road

[media]While the road and rail networks that gradually stretched out from Sydney tended to be the skeletons around which habitation and industry developed, this was probably least observable along the north road, largely because the area the road passed through was rugged, highly wooded, and unsuitable for agriculture or pasturage – and there were other areas, to the west and south of Sydney, that were far easier to settle. In fact, apart from those accessible by ferry, most of the suburbs north of the Harbour were not developed until well into the twentieth century. The opening of the Harbour Bridge and the introduction and eventual dominance of the motor car allowed urban growth in areas not serviced by the railway. 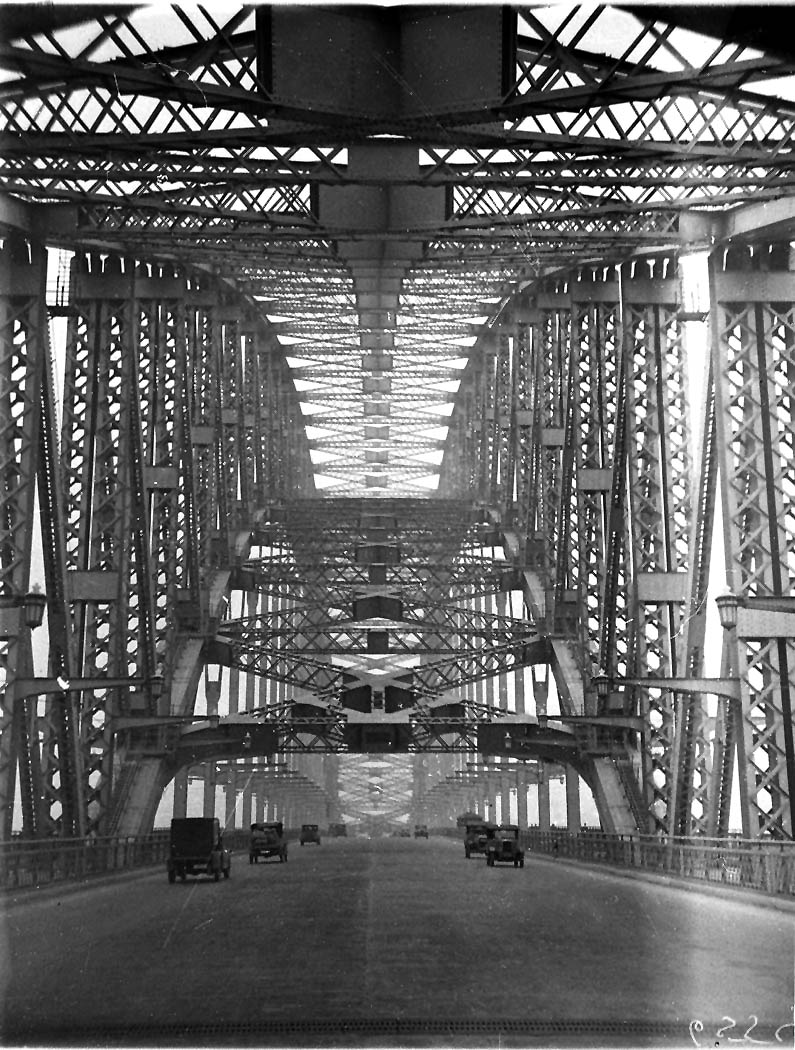 Until the opening of the Sydney Harbour Bridge in 1932, the preferred route for travellers going north would have been to cross the harbour by ferry, alight at the Alfred Street Ferry terminal, and proceed up the hill to Miller Street, North Sydney, where they would join the road north. In 1931 this road north was designated a 'main road', subjected to ongoing widening, and named the Pacific Highway.

[media]After World War II, the view emerged that it was better to secure the complete functional separation of different forms of traffic. Motorways – for the safe movement of high speed traffic – were to be introduced in specified areas, and in March 1989 the F3 Freeway – running north from Pearces Corner to Newcastle – was officially opened, allowing long-distance traffic to bypass the Pacific Highway. 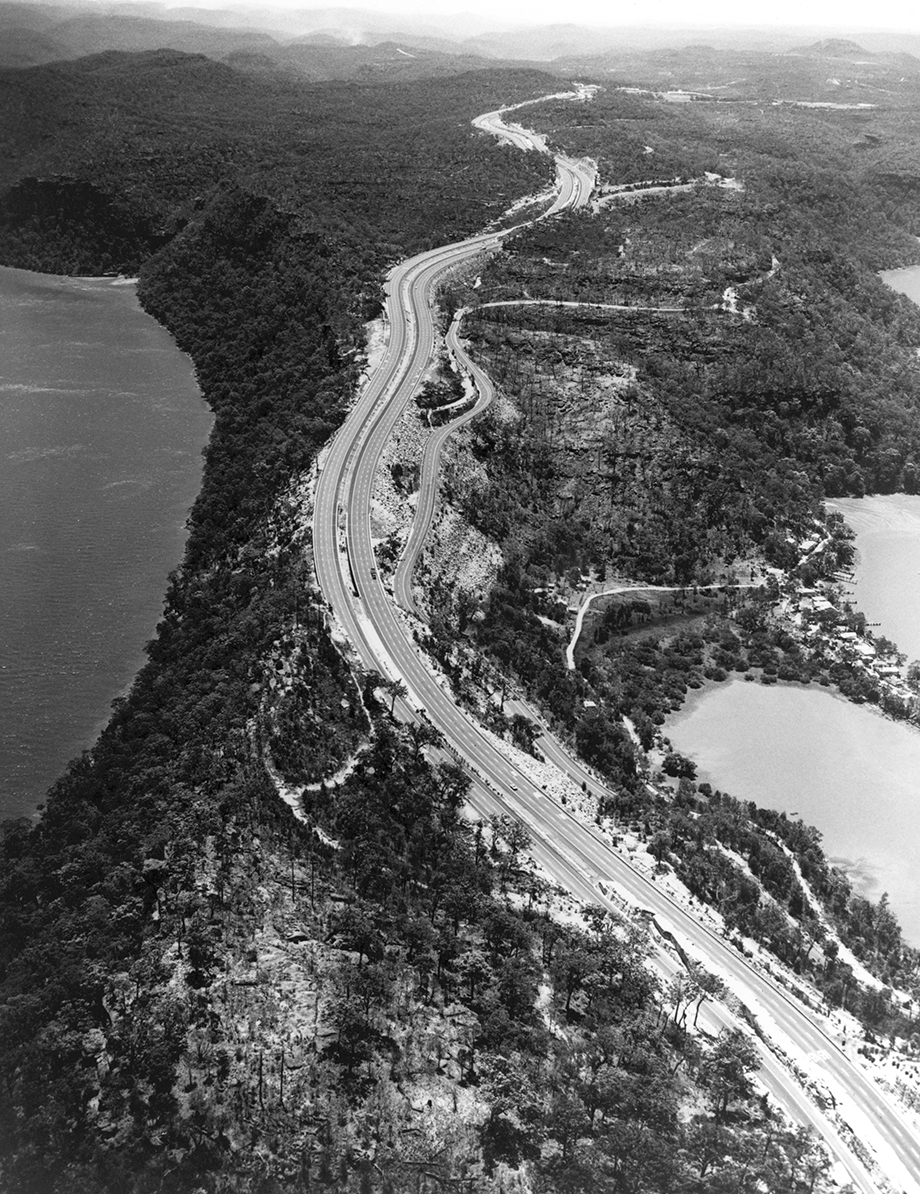 Today, the traveller going north would leave the city by crossing the Harbour Bridge, and bypass the Pacific Highway and the lower north shore suburbs by using the Warringah and Gore Hill Freeways, joining the Pacific Highway at Lane Cove.[media] The road north, as the Pacific Highway, passes through Chatswood, Roseville, Lindfield, Killara, Gordon, Pymble, Turramurra, Warrawee and Wahroonga. Here most travellers continue north on the F3 Freeway through Pearces Corner, Waitara, Hornsby, Mt Colah, Mt Ku-ring-gai, Berowra, Cowan, and on to Brooklyn on the Hawkesbury River. The Pacific Highway remains a more picturesque and slower route, used when accidents or weather conditions close the Freeway. 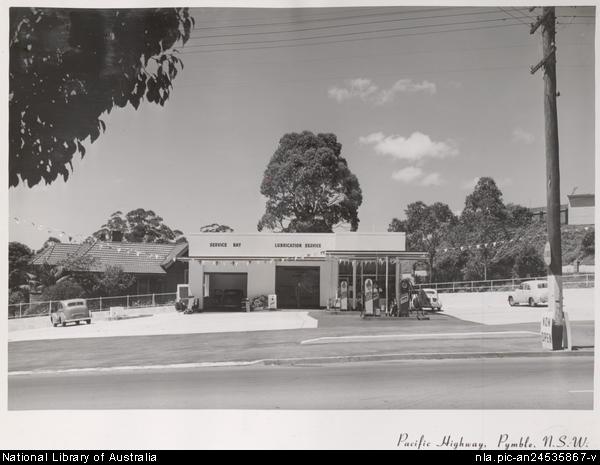 [media]Despite being no longer part of a common northern route, the old Great North Road lives on, leaving Parramatta Road at Five Dock, and passing through only Wareemba and Abbotsford until it arrives, somewhat forlornly, at the Parramatta River. 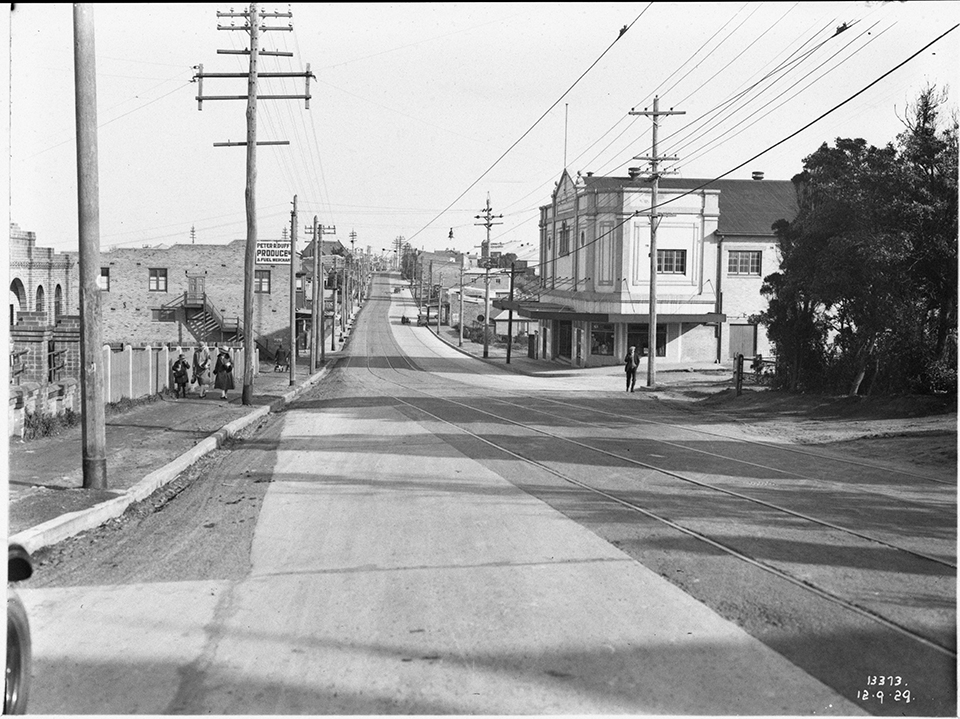