Produce markets established in 1810 because of their proximity to Darling Harbour and the road west. Greenway's 1820 designs for more permanent buildings for market also included a plan for a town hall but were not approved by Commissioner Bigge who thought the grandeur of his proposed structures unnecessary. In 1825 Greenway described the dome in his original designs as 'very different from the one carried into effect, which I consider only fit to decorate the Temple of Cloacina'. In the early 1830s, part of the market was demolished and Greenway's domed Market House was converted for use as Central Police Station and the markets were moved to the rear of the building. The activity, smell and noise of the markets made their position undesirable by the 1870s and they were demolished in the late 1880s and early 1890s for the construction of the Queen Victoria Building. 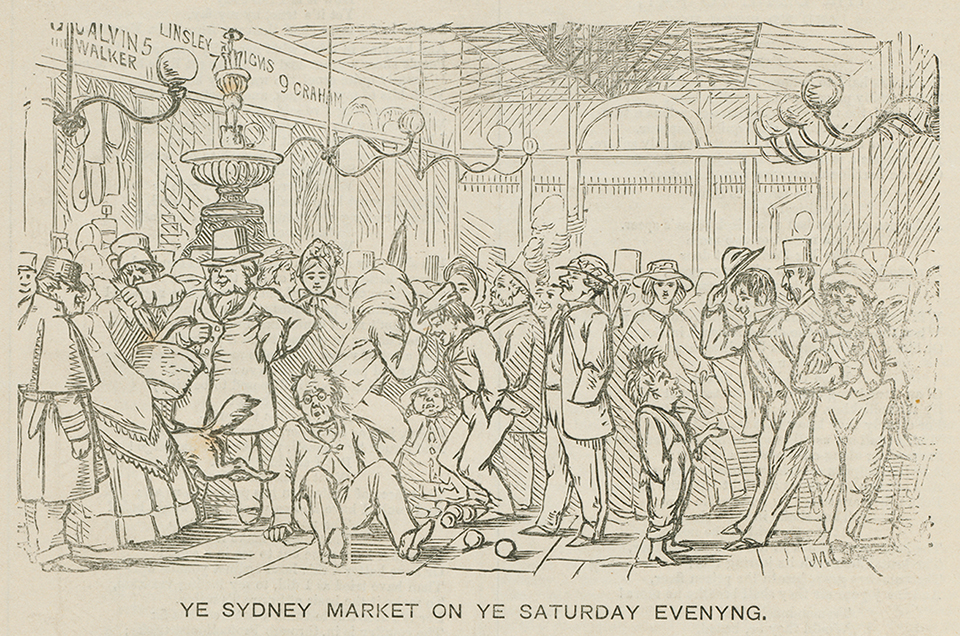 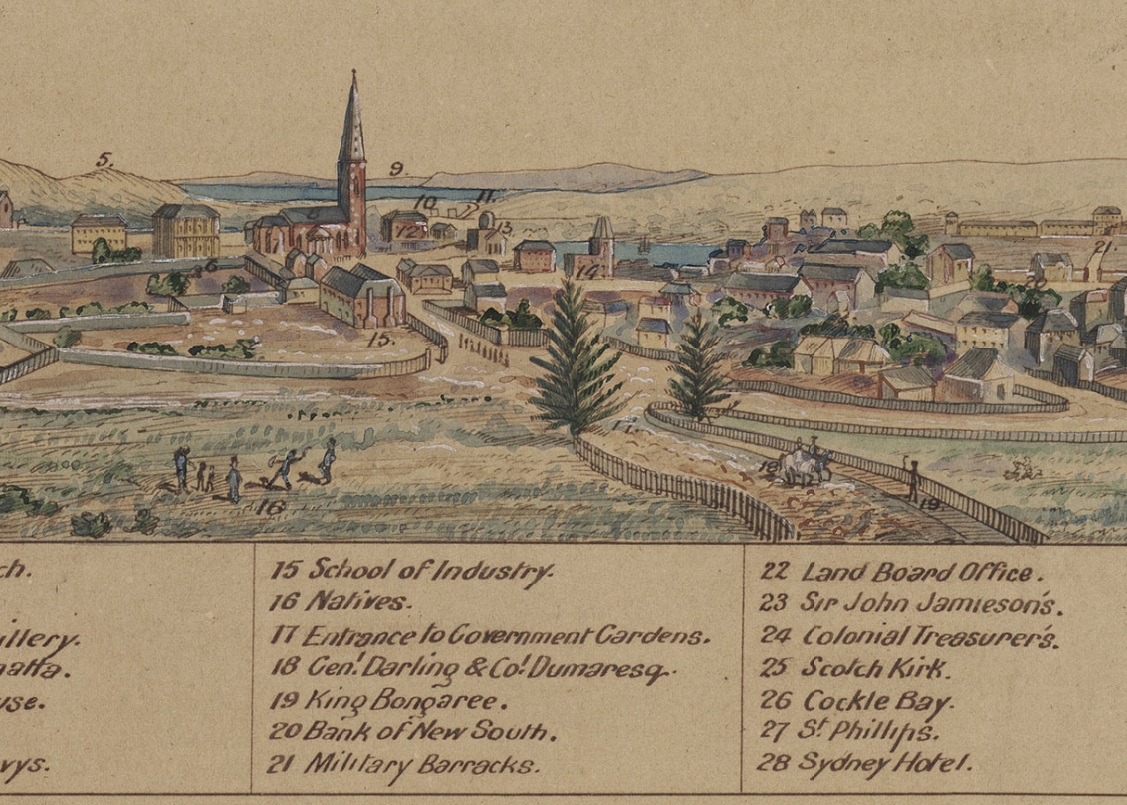 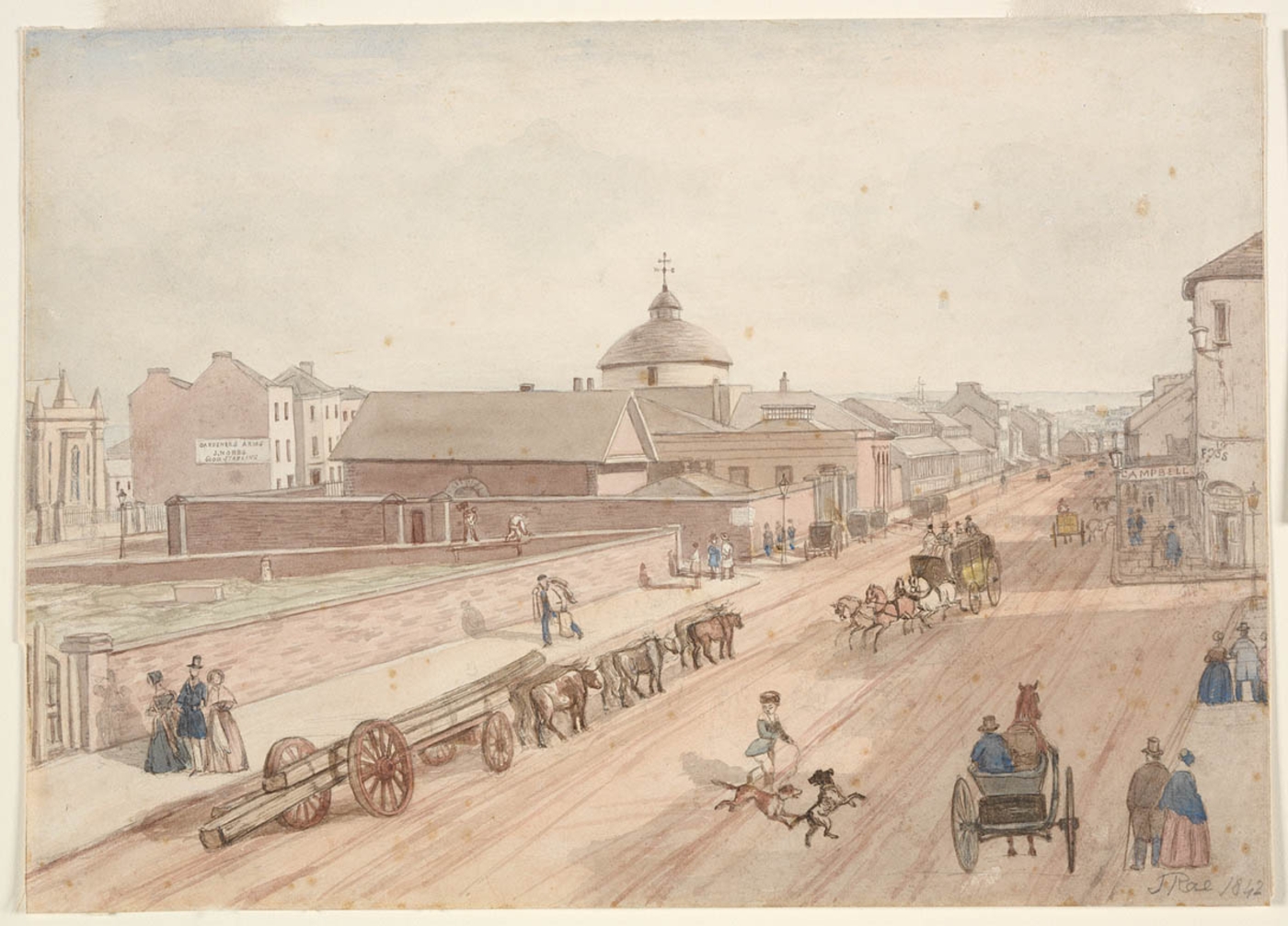 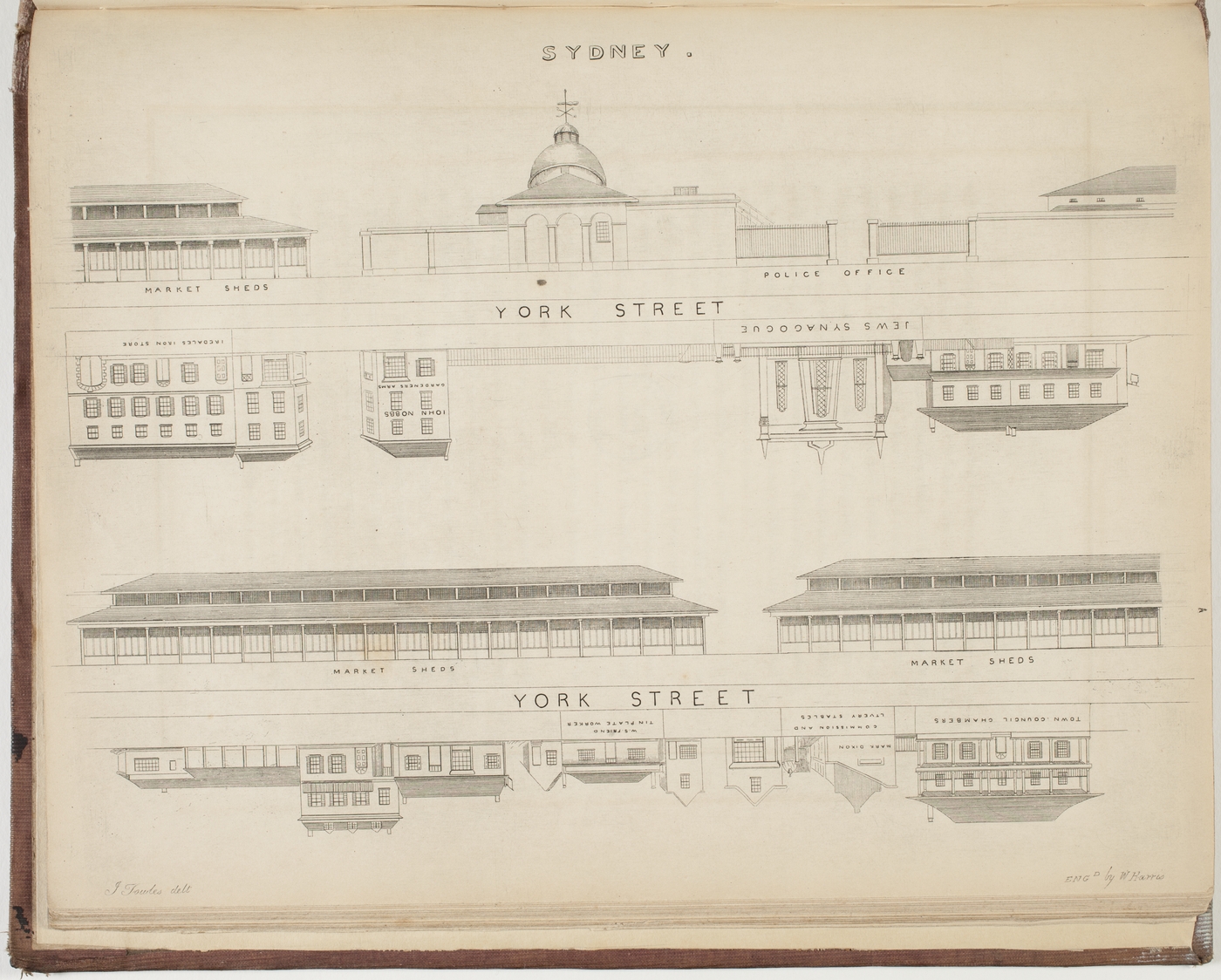 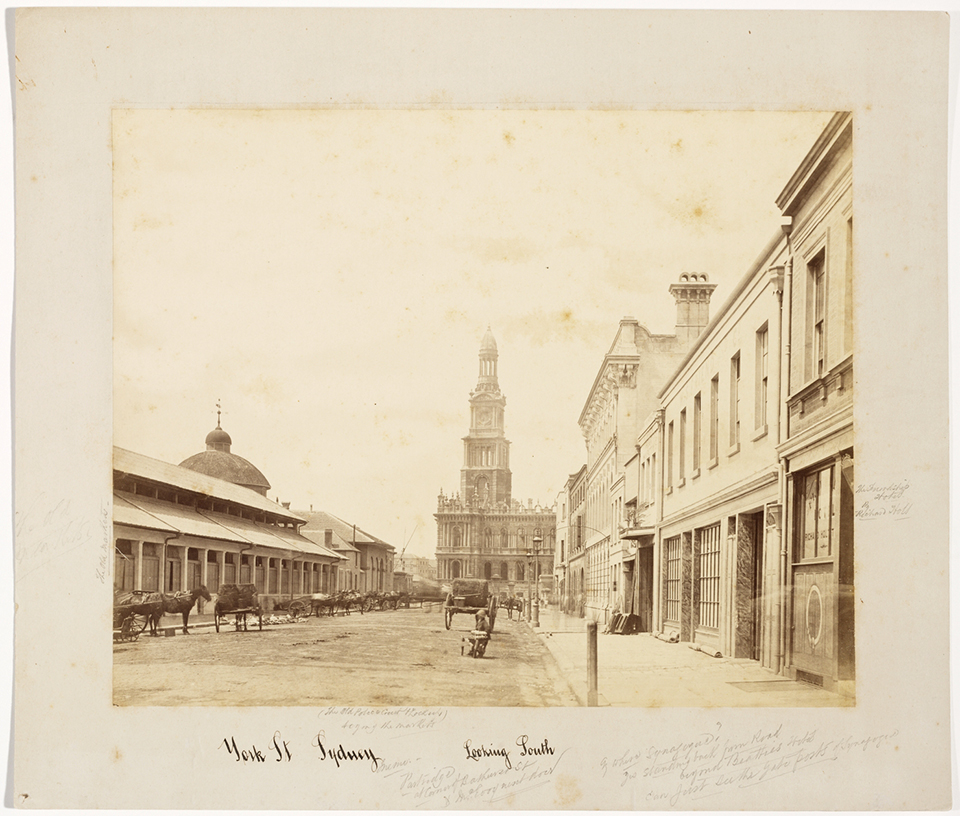 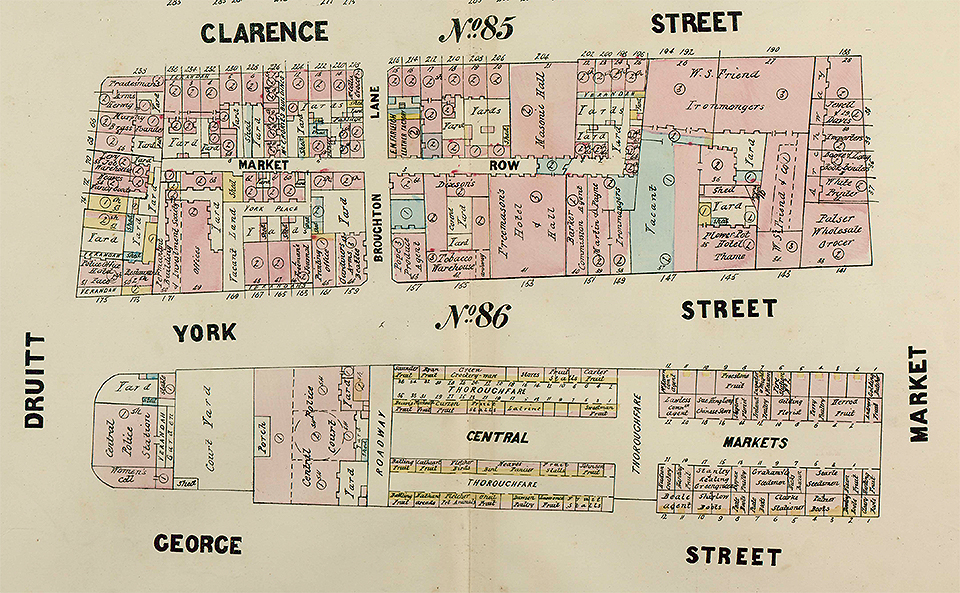