[media]Over the years there have been several suggestions as to William Lawson's origins. However, the best evidence suggests that he was born at Finchley, Middlesex on 2 June 1774, the son of John Lawson and his second wife, Hannah Summers. The records indicate that he had two half-siblings from his father's earlier marriage to Alice Dilworth who died in January 1770, and four full siblings, James, Alice, Hannah and Rebecca, all of whom were later mentioned in William's correspondence and/or his will. [1] 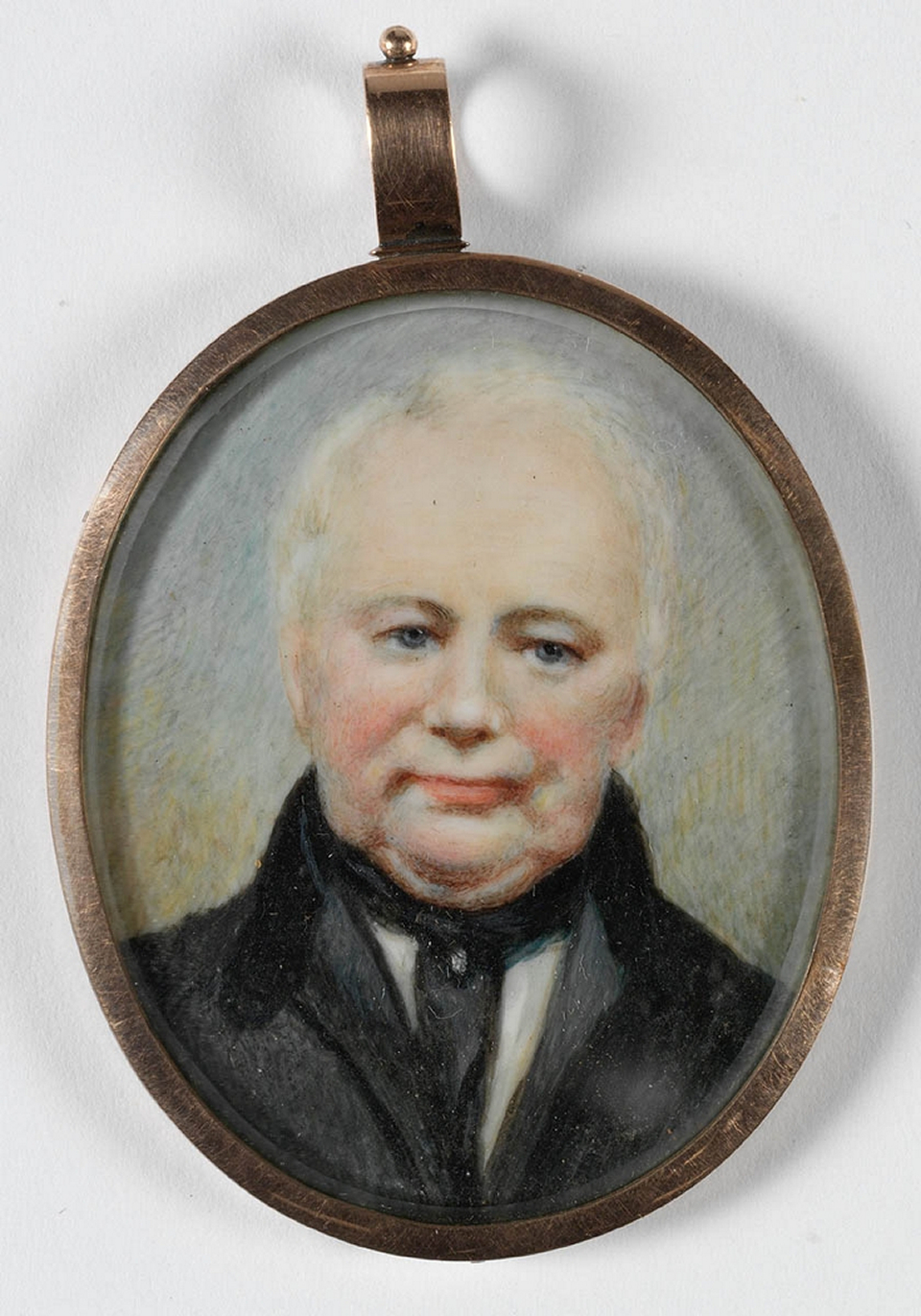 William was raised and educated in London, and appears to have undertaken some basic training in surveying. However, there is nothing to suggest that he practised as a surveyor, and in June 1799 he purchased a commission in the New South Wales Corps. The following May he left Portsmouth on board the Royal Admiral, a 914-ton convict transport bound for New South Wales. [2]

Soon [media]after arriving at Port Jackson on 20 November 1800, Lawson was posted to the garrison at Norfolk Island where he spent the next five years. While there he became romantically attached to Sarah Leadbeater, and when they arrived back in Sydney in June 1806 they were accompanied by their three children, John, William, and Nelson, the last having been born on board the Lady Nelson during the voyage from Norfolk Island. Shortly after his return Lawson was promoted to lieutenant and despatched to Newcastle to serve as commandant. Returning to Sydney he took up a small farm at Concord, which he later enlarged to 370 acres (150 hectares). [3] 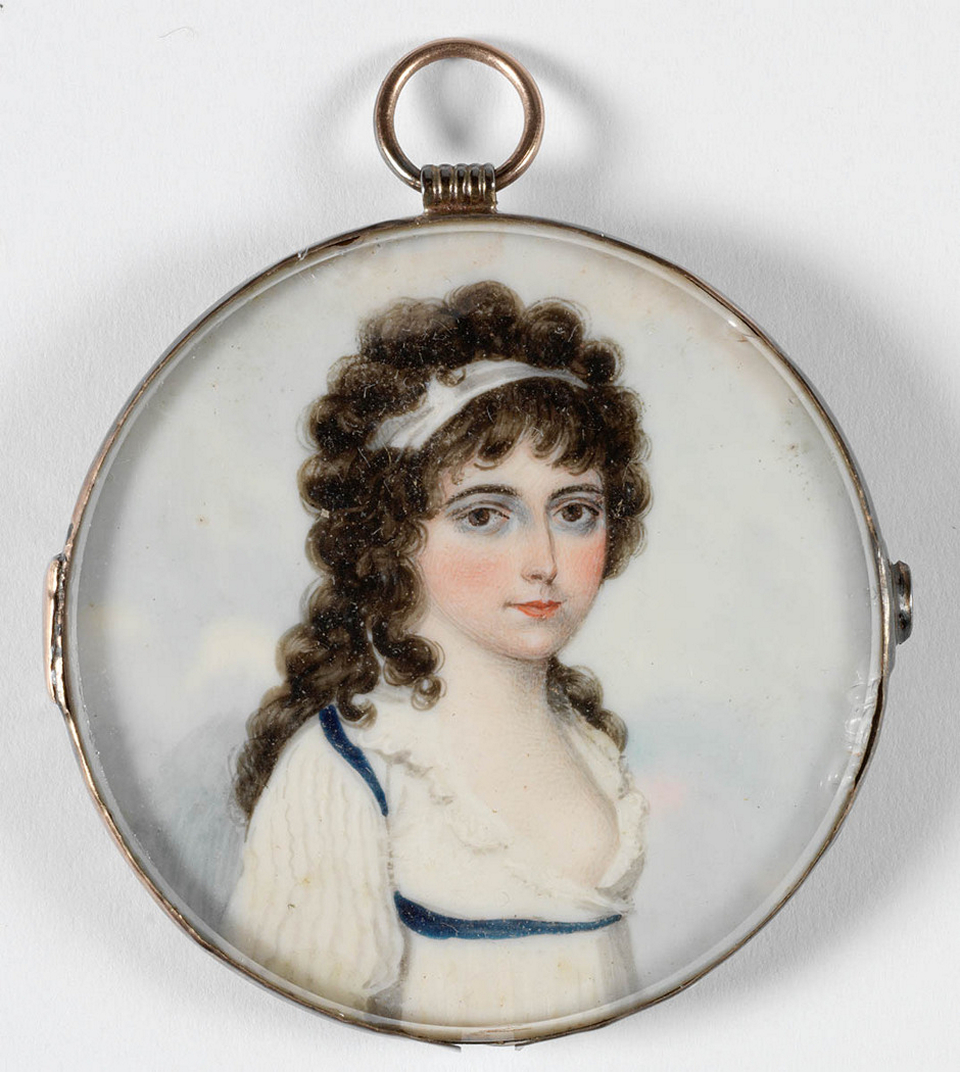 In January 1808 Lawson was one of six officers appointed by Governor William Bligh to sit alongside the Judge Advocate, Richard Atkins, in the trial of John Macarthur, whom Bligh had charged with sedition. Macarthur succeeded in having the trial aborted and, together with Major George Johnston and other officers of the New South Wales Corps, moved to have Bligh arrested and deposed as governor. Lawson, who was a signatory to the letter demanding Bligh's removal and an active participant in the revolt, was subsequently appointed aide-de-camp to Johnston, who assumed the role of acting governor. [4] As a reward for Lawson's loyalty Johnston granted him 500 acres (202 hectares) in the district of Alnwick, near present-day Maitland. Soon afterwards Lawson was again posted to Newcastle to take temporary charge of the settlement, and as a further reward was granted the 370 acres he had accumulated at Concord. However, in early 1810 Lawson decided to lease the Concord property and make a new home at Prospect, in what eventually became one of the great estates of early New South Wales. [5]

[media]For almost two years Sarah had to manage the Prospect property on her own as William was sent to England to act as a witness in the court martial of George Johnston. In the event Lawson was not summoned to give evidence, and he arrived back in Sydney on board the Guildford in January 1812. [6] On his return, he was relieved to learn that his land grants had been confirmed by Governor Lachlan Macquarie and, as a mark of respect for the governor's views on unmarried cohabitation, William and Sarah, who by then had four children, were married at St John's church, Parramatta. [7] 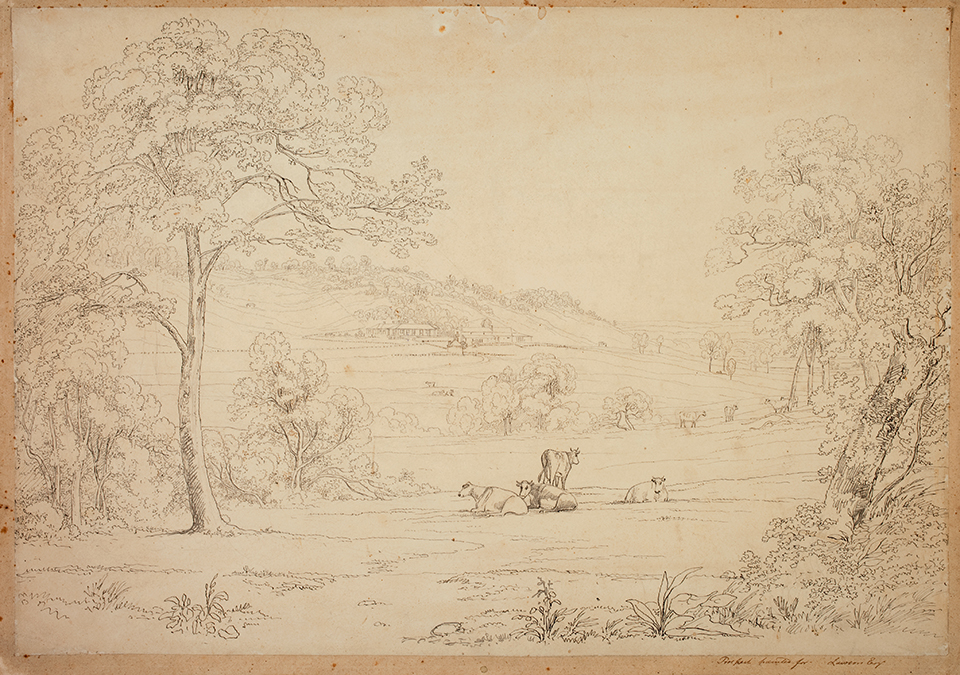 After accepting a lieutenancy in the newly established Veteran Company, formed from soldiers from the former New South Wales Corps, Lawson was put in charge of the troops at Liverpool. However, the duties were not onerous and left him with plenty of time to devote to his farms. While in England he had met Jeremiah Thompson, the owner of two woollen mills at Rawdon near Leeds, and they had spoken about opportunities in the wool trade. [8] As a result, Lawson decided to launch himself as a wool grower, and events in which Lawson played an important part over the next few years set him on the path towards the realisation of that ambition.

The [media]most momentous of these events was Lawson's involvement in the first European crossing of the Blue Mountains in May 1813. The expedition was instigated by Gregory Blaxland and included William Charles Wentworth, four servants, five dogs and four horses. However, it was Lawson, with his knowledge of the rudiments of surveying, who was responsible for recording details of their track. [9] 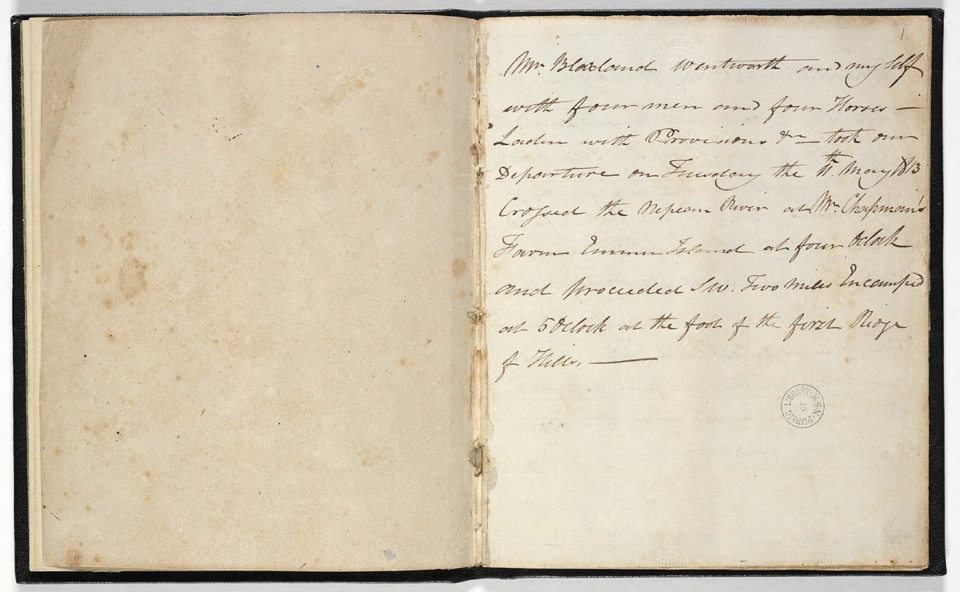 The discovery of a route across the mountains broke the shackles on a colony that, until then, had found no escape from the confines of the coastal strip, and when Surveyor George Evans extended the initial discoveries and returned with glowing reports of the inland country, Macquarie commissioned William Cox to build a road over the mountains. In April 1815 the governor travelled the road and proclaimed the site of a future town to be called Bathurst. [10]

Later that year, a Government Domain was established at Bathurst but by that time William Lawson had already driven some of his cattle into the district, leaving them to graze on the south side of the Fish River not far from where it joined the Campbell to form the Macquarie River. In doing so, Lawson established himself as the first pastoralist west of the mountains and, indeed, outside the Cumberland Plain. [11]

In December 1817 Lawson appointed John Sloper, a London linen-draper, as his attorney and agent to look after his affairs in England. Although he was still on the army payroll, Lawson did not draw his pay in New South Wales. Instead, it was paid into his account with Messrs Greenwood Cox & Co, Army Agents of Craigs Court, Charing Cross, which Sloper was authorised to operate on Lawson's behalf. [12]

Although Lawson's farm at Prospect eventually expanded to 3,000 acres (1,214 hectares), it remained far too small for him to realise his ambition of becoming a leading wool grower. If he was to run very large numbers of sheep he needed much more grazing land. So in 1819, when Macquarie offered him the command of the Bathurst settlement, he accepted it in the hope that it would give him the opportunity to explore the land north of Bathurst which held the promise of extensive pasture. [13]

On 8 November 1821 Lawson set out on his first exploratory journey from Bathurst, returning 17 days later having reached as far as the Cudgegong River, somewhere near present-day Mudgee. Two months later he started out again, this time getting some 50 miles (80 kilometres) beyond Mudgee to the Talbragar River near Dunedoo. A third expedition, begun on 22 November 1822, took him to the upper reaches of the Goulburn and Krui Rivers which Lawson assumed, mistakenly, to be the headwaters of the Hastings River. [14]

Nevertheless, in the course of these journeys Lawson discovered an apparently endless abundance of pasture, bolstering his belief that the key to his future lay in obtaining land there. He already considered himself to be the third most successful sheep breeder in New South Wales, hard on the heels of John Macarthur and Samuel Marsden, and keen to overtake them.

[media]In November 1823, after more than four years as commandant at Bathurst, Lawson resigned the post and returned to Veteran Hall, his newly named farm at Prospect. The following year he imported a thoroughbred sire, named Baron, from England, and over the years that followed he established himself as a successful breeder of both stock horses and racers. [15]

But it was sheep and, to a lesser extent, cattle, not horses, on which Lawson's success depended, and they, increasingly, were located in districts to the west of the Blue Mountains. He held two grants on the Campbell and Fish rivers and had tickets of occupation for land there and in the Mudgee district. Tickets of occupation, however, could be withdrawn at any time so, to ensure the security of his position, Lawson applied to purchase 5,000 acres (2,023 hectares) at the junction of the Talbragar River and Coolaburragundy Creek. At first this was refused, because the land he had selected was outside the 'limits of location' and had not been surveyed, but later the application was approved and Lawson established his renowned Talbragar station. [16]

Lawson's stock return for the 1828 census revealed that he was among the leading pastoralists with an acknowledged 10,000 sheep and 1,200 cattle. In reality he had many more of both, some estimates suggesting as many as 84,000 sheep and almost 15,000 cattle. His sons William and Nelson also had extensive land holdings in the same districts as their father, and each acknowledged the same number of livestock. So at that stage the whole Lawson family was blooming with success.

The death of Sarah Lawson on 11 July 1830, following a long illness, was a blow to Lawson. His wife had always been a tower of strength for the family, especially during his long absences. After her death, 'Old Ironbark', as he was affectionately known because of his strength and endurance, spent less time on his inland stations, though he did not lose his enthusiasm for acquiring land. When the purchase system finally took over from the system of free grants, his name appeared frequently on the lists of those taking up land, especially in the districts where he was already established. [17]

In his later years William Lawson dabbled in politics and in 1843 became the member for Cumberland in the first partly elected Legislative Council. [18] He attended parliament regularly at first, though he did not feature prominently in its debates. At the time, William Charles Wentworth, Lawson's companion in the trek across the Blue Mountains three decades earlier, was one of the leading parliamentary figures, but Lawson did not subscribe to all of Wentworth's views and opposed him on various proposals. However, from 1846 onwards Lawson's attendance at the legislature was intermittent, and he did not seek re-election in 1848, preferring to keep to his own home and his own counsel, while his son Nelson took his place in parliament. [19]

On 16 June 1850, less than a fortnight after celebrating his seventy-sixth birthday, William Lawson died at Veteran Hall. In the application for probate, his goods were sworn at under £12,000 but it was in his real estates that his wealth lay. They amounted to more than 85,000 acres (34,398 hectares) and were bequeathed in their entirety to his son William Jr, and friends Thomas Agars and Thomas Icely, to be held in trust for the benefit of his surviving children and grandchildren. [20]

William Lawson was buried in the churchyard of St Bartholomew, the church he had helped establish at Prospect. Veteran Hall was demolished in 1926 and most of the land there now lies beneath the waters of Prospect reservoir.

Hazel Magann, Ironbark and his branches, the author, 2009

[9] William Lawson, 'Journal of An Expedition Across the Blue Mountains, 11 May – 6 June 1813', State Library of NSW, Mitchell Library