Prince Alfred Park [media]is in lower Surry Hills, and is bounded by Chalmers Street, Cleveland Street and Central Railway. Prior to the arrival of Europeans this area contained a tributary of Blackwattle Creek. It became known as Cleveland Paddocks after Cleveland House, built in the 1820s and still standing at the corner of Bedford and Buckingham streets. 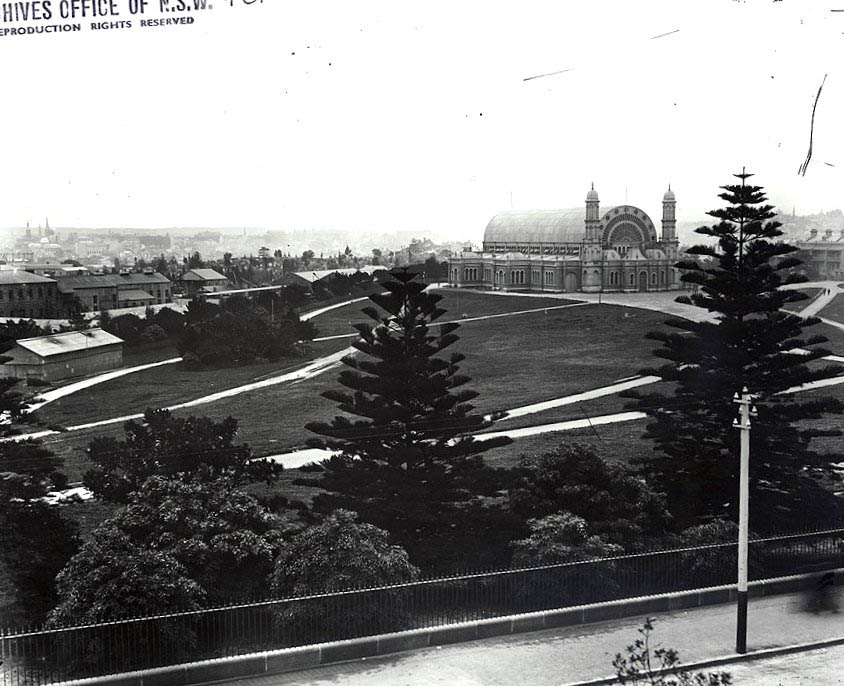 [media]The first incursion into the paddock was the railway, which was begun in 1850 and opened in 1855. The railway terminus station was located near St Paul's Square to the west of the park. In 1856 more land was excised for Cleveland Street Public School, established that year in a prefabricated iron building. 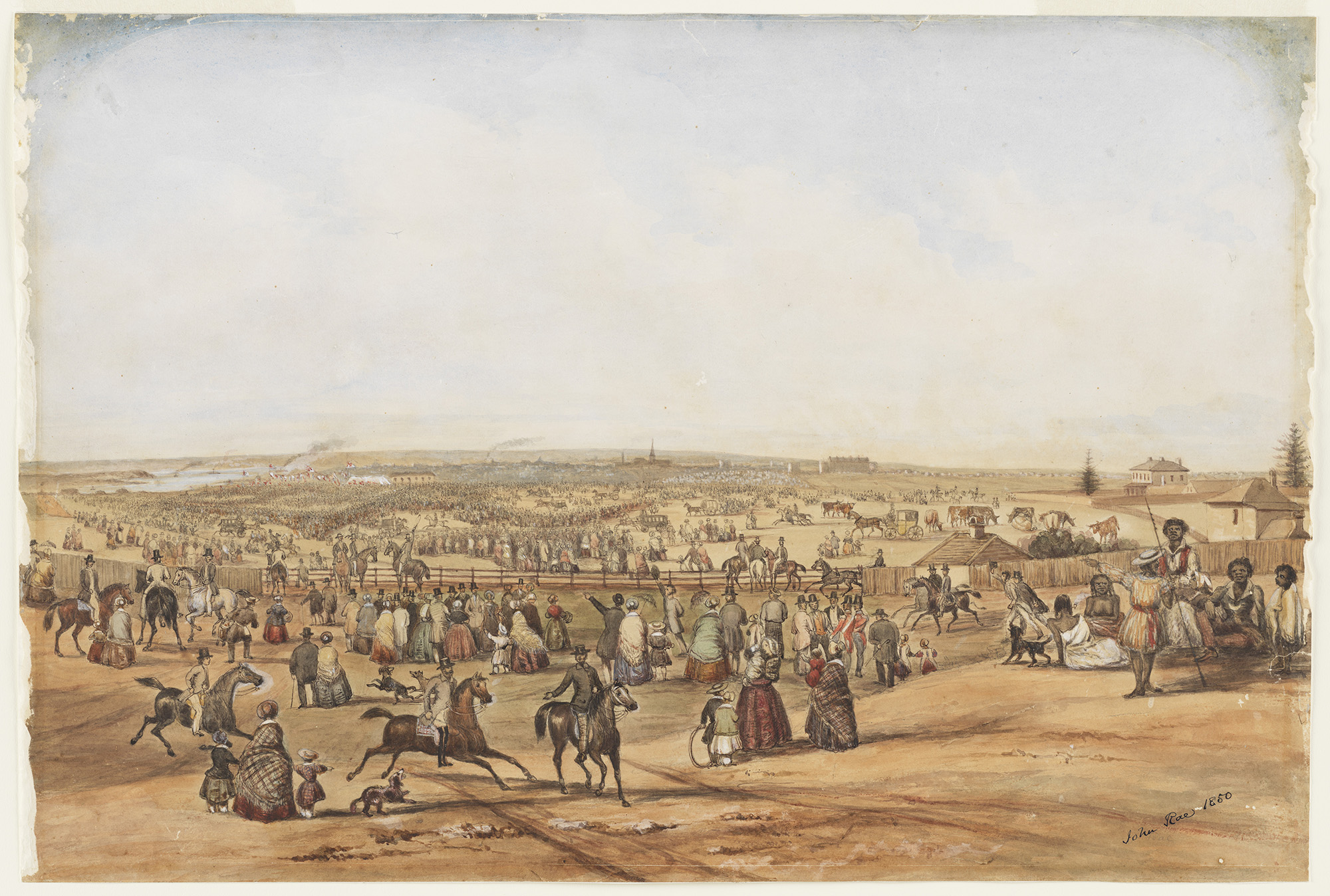 The remaining area of Cleveland Paddocks was gazetted as a public reserve on 22 December 1865, although it was described in 1869 by Jules Joubert as 'a quagmire with a filthy drain running across it, a plague spot'. Nevertheless in 1868 it was named after Queen Victoria's second son, Prince Alfred, Duke of Edinburgh, then visiting Sydney. He survived an assassination attempt at Clontarf Pleasure Grounds and the embarrassed colonial authorities rushed to make amends by naming local features after the Prince, including both this park and the Royal Prince Alfred Hospital in Camperdown.

The first Agricultural Society show was held here in 1869. The [media]following year Prince Alfred Park was the first park to be laid out in connection with a major Australian exhibition, the intercolonial exhibition, held in 1870 to mark the centenary of Captain Cook's landing at Botany Bay. Its Exhibition Building predated the Garden Palace in the Sydney Domain, built for the first International Exhibition in 1879, and the world-heritage-listed Royal Exhibition Building in Melbourne (1880). 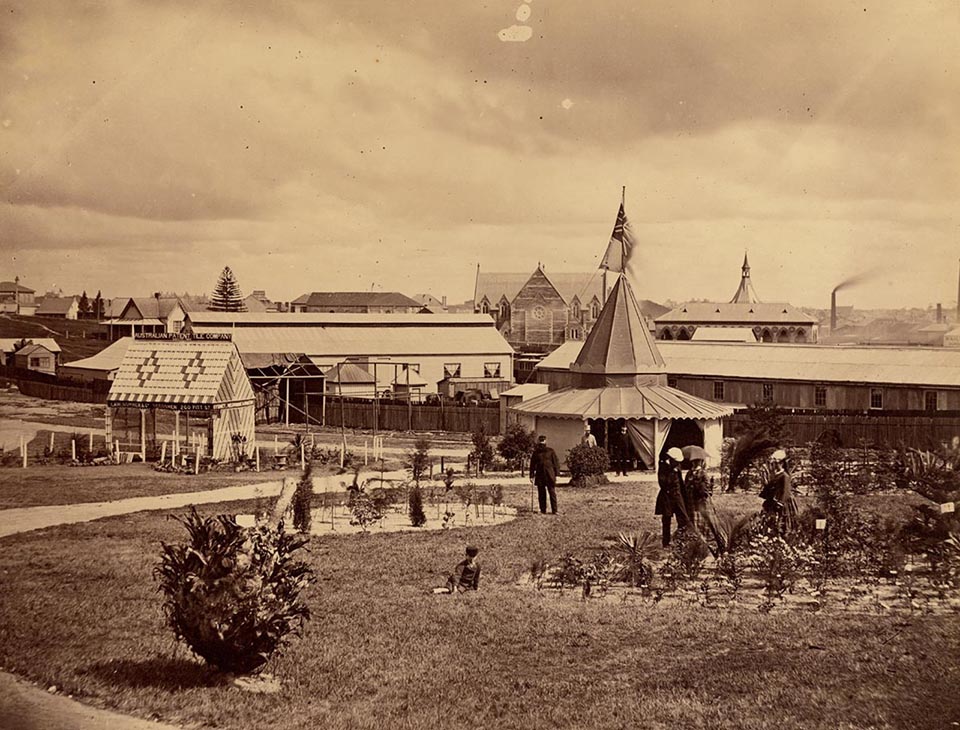 [media]The original park layout was undertaken by a notable nineteenth-century architect, Benjamin Backhouse, whose innovative plan was a major step in the development of park design in late nineteenth-century Australia. The layout reflected the prevailing international trends in exhibition garden design, particularly as expressed by the landscaping of the 1867 Paris Exhibition. During the life of the Exhibition Building, 1870–1954, the park performed a major public function as a venue for important events and exhibitions. The building housed the War Memorial Museum from 1925 until it moved to Canberra in 1936. 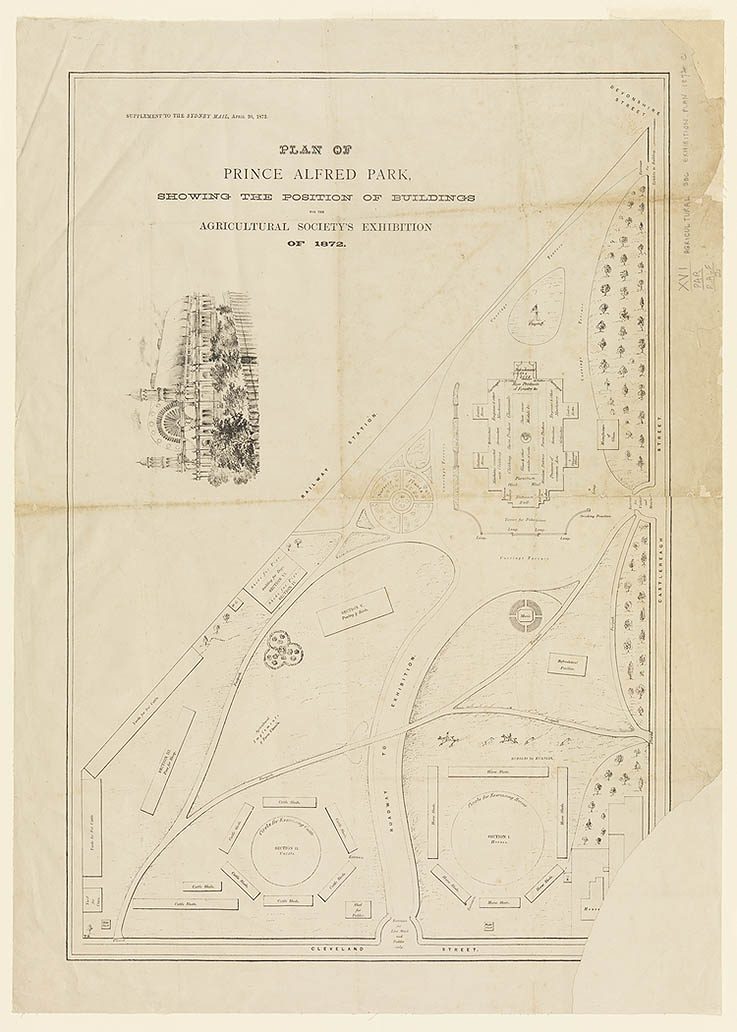 Trees and elements of the layout from the original 1870 plan of the park still exist on the site today including Moreton Bay fig trees arranged as an informal row along the boundaries. The central avenue of London plane and brush box trees probably dates from the interwar period, as do the Washington palms and Canary Island date palms. Additions to the park included tennis courts built in 1924, and the Coronation Playground which was built between 1936 and 1939 to replace a previous playground built in 1932. It is named to commemorate the coronation of King George VI. The swimming pool was built in 1954. An ice skating rink was built behind the pool in 1959 and demolished in about 1996–97.