On 8 May 1813, the New South Wales Society for Promoting Christian Knowledge and Benevolence was formed by journalist Edward Smith Hall. It catered for the indigent, the sick, and those in economic distress that the government, with its meagre resources, was unable or unwilling to assist. The organisation was not supported by the more affluent members of society, or the Reverend Samuel Marsden, who refused to encourage public beggary. Hall's society struggled until it was replaced in June 1818 by The Benevolent Society of New South Wales, under the auspices of the Colonial Auxiliary Bible Society. The new society included Hall and many prominent citizens and distributed cash, provisions, and clothing to those in need of temporary assistance.

A place for those in need

On 12 October 1821, the Benevolent Asylum 'for the aged, infirm, blind and destitute' was opened by Governor Macquarie. It was located at a discreet distance from the settlement on the corner of Pitt and Devonshire streets, adjacent to the tollgate marking the limits of the town. By the end of the year, 48 men and nine women were living there, subject to a series of rules laid down by the Master and Matron, Mr and Mrs Dalton, who served from 1820 to 1833. The government assisted with subsidies to meet the mounting expenses but donations and subscriptions were still essential to maintain the society. Additional wings were added to the building and, by 1840, 1,058 persons were in residence and many more received external medical care and relief.

[media]With the influx of free immigrants after 1840, demands on the society increased. In 1852, the society was granted the use of Liverpool Hospital for its male inmates. Ormond House at Paddington was donated for temporary use and in 1859 50 children were transferred to the Asylum for the Relief of Destitute Children at Randwick. Overcrowding threatened the health of the inmates, and in March 1862 the government resumed the Liverpool Asylum and transferred the aged and infirm women to the Hyde Park Barracks. 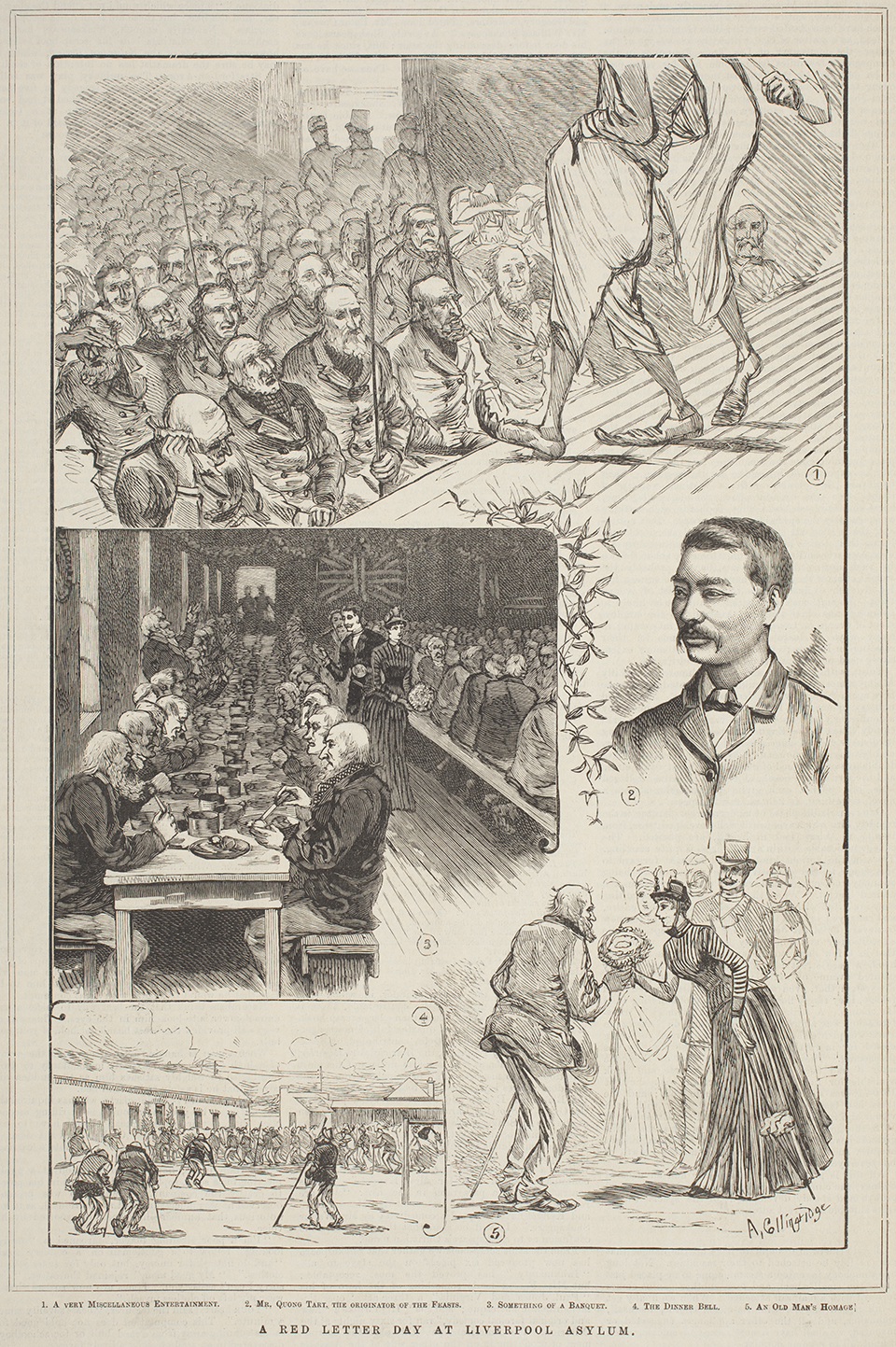 Under Dr Arthur Renwick, who served from 1862 to 1908, and Matron Elizabeth Elric (née Blundell, one of Florence Nightingale's trainees), the Benevolent Asylum operated as a lying-in hospital, foundling institute and a refuge for deserted mothers and destitute children. This continued the work begun by the first Ladies' Committee, formed in 1820, which assisted poor married women during childbirth. Applications for admissions and relief were reviewed by a reconstituted committee, who remodelled the building. In 1878, the committee was replaced by a Board of Directors which, controversially, specifically excluded members of the clergy. The non-denominational society campaigned for social reform to assist deserted mothers, children and the aged.

With compensation from the resumption of the Pitt Street site for the new Central Railway in 1901, the society purchased Flinton, a four-acre (1.6-hectare) estate in Paddington established by Roger Therry, for a new lying-in hospital providing free services and teaching facilities. The Benevolent Society was incorporated in 1902, ensuring that its property was administered by a corporate body and a Medical Board to advise on hospital matters.

On 3 May 1905, the Royal Hospital for Women, designed by George Sydney Jones, was opened by Lady Northcote, wife of the governor-general. Dr Constance E D'Arcy was appointed as the first resident medical officer. An outpatients department opened in June 1904 and in 1906 the society established Australia's first baby health centre followed by the first antenatal clinic in 1912.

In 1913, the New South Wales government took over the running costs of the hospital. New wings were added in the 1920s and by the late 1930s it was recognised as Australia's pre-eminent women's hospital. By 1979, when the government began rationalising hospital services, the Royal Hospital included a new outpatients department, nurses' quarters, labour ward, and teaching facilities for obstetrics. Milestones in the hospital's history included the first clinical ultrasound unit in Australia, a Women's Health Education Centre, the first Chair of Women's Health Nursing, and a gynaecological cancer centre.

In 1987, the hospital came under the New South Wales Eastern Sydney Area Health Service. It continued to struggle with increasing demands, bed closures, and reduced budgets. On 1 July 1992, the society transferred management of the hospital to the New South Wales government, thus losing independent control after 130 years. In 1997, the Royal Hospital for Women moved from Paddington to the campus of the Prince of Wales and Sydney Children's Hospitals at Randwick, where it remains a principal teaching hospital of the University of New South Wales. The Paddington grounds had been landscaped between 1907 and 1910 and were transformed into the Royal Hospital for Women Park, opening on 9 April 2005.

The Benevolent Society had already seen the closure of several other facilities. The two-story Thomas Street Asylum, opened in November 1904, took over from the old Benevolent Asylum in the distribution of outdoor relief and the accommodation of orphans, and was the only centre in the state for the reception of destitute nursing mothers. Although the introduction of the Old Aged Pensions Act in 1901 temporarily reduced the numbers receiving weekly rations, demands multiplied and in 1908 an outpatients department was added. Wards for homeless women and children were opened by the premier's wife, Ada Holman, on 3 July 1911 and were named the Renwick Hospital for Infants in recognition of Sir Arthur Renwick's work for the Society.

In November 1919, the overcrowded hospital was relocated to the adjoining properties of Carlton and Llangollan at Summer Hill. Despite the opening of several new facilities, Renwick Hospital declined and in 1965 the building passed to the New South Wales government for use by the mentally handicapped. Eight years earlier, in December 1957, the Thomas Street Hospital (later the Golden Gate Hotel) had also closed after rendering assistance to tens of thousands during the 1930s Depression.

The Peakhurst Community Health and Welfare Centre was another Benevolent Society initiative, opening in 1977 to provide community nursing, chiropody, speech therapy, physiotherapy and a dentist. The centre assisted more than 40,000 in its first 10 years but was faced with mounting debts by 1988 when management was transferred to the Southern Sydney Health Service.

On 9 May 1917, the Benevolent Society obtained a five-year lease on Scarba at Wellington Street, Bondi, built by Malcolm Campbell in 1883. But the accommodation needs of mothers and young children quickly outstripped its capacity. When a 20-year lease was negotiated in 1929, an admissions and isolation block were added. In 1940, the society gained freehold title and opened a kindergarten (1944) and nurses' home (1961) and the name was changed to Scarba House for Children (1965). Residential facilities closed at the end of December 1987 when it was renamed the Scarba Family Centre. In 1991, the Post Adoption Resource Centre opened, providing counselling and services that have established it as a leader in this field.

The Benevolent Society continues to operate retirement villages, hostels, and nursing homes. Despite governments being more actively involved in the provision of welfare, there is still a role for the Benevolent Society as an independent, secular and not-for-profit organisation with a long history of working with the aged, needy and disadvantaged in Sydney, to promote innovative programs and create positive change.