One of [media]the longer-established landmarks of Sydney is the Macquarie lighthouse, named after the governor who oversaw its construction. 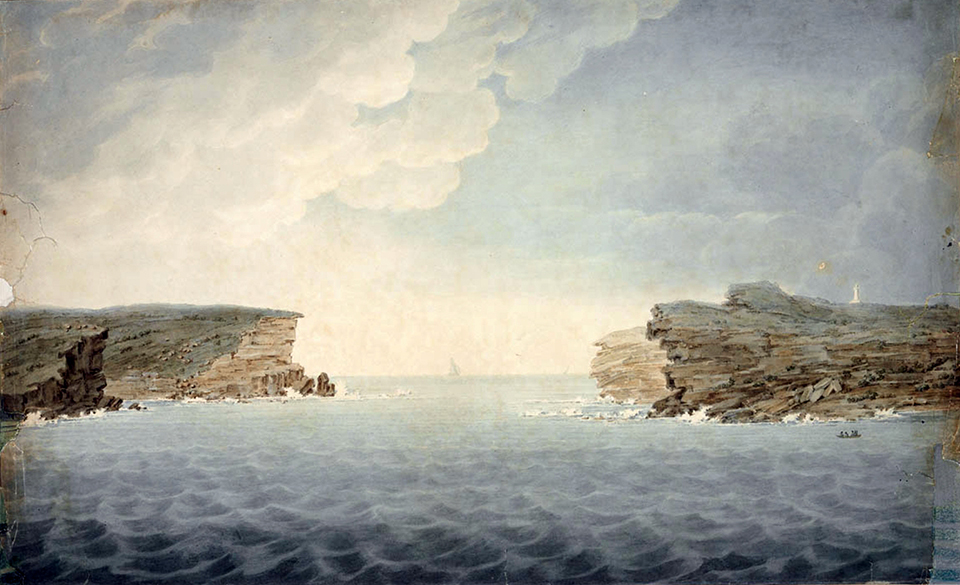 Early in the colony's history, a signal station had been erected on high ground near the southern headland of Port Jackson, just south of the shelter for the staff who manned the Lookout. The staff of the signal station erected a signal and warning light in a cauldron each night, to guide arriving ships to the new settlement, and to pay for this a fee was charged to ships entering the harbour. [1]

[media]Governor Lachlan Macquarie initiated a proper lighthouse to replace the warning light. Francis Greenway was commissioned to evaluate sites and options. In July 1816 Macquarie, with the principal engineer Captain Gill, laid the foundation stone for the building intended to be both a signal and lighthouse, and a guardhouse and barracks for a small [media]military detachment. 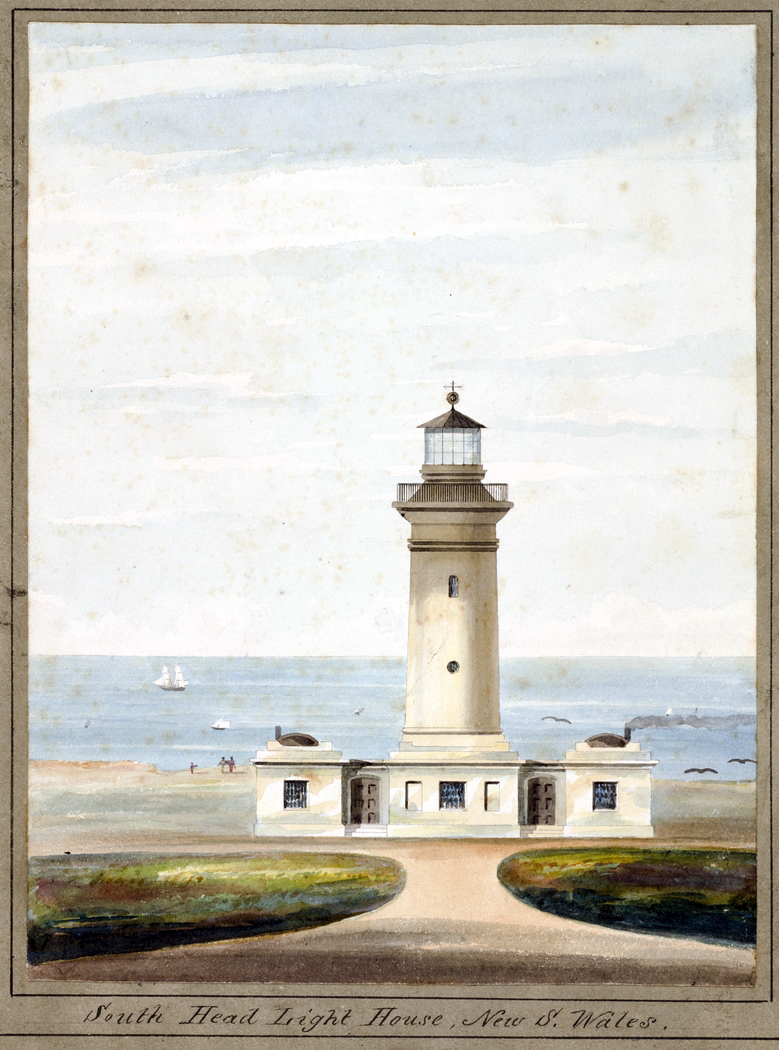 It was named the Macquarie Tower. [3]

Building the lighthouse, designed by Francis Greenway, took two years, using stone from a quarry still visible just south-east of the site, and it was finished by November 1818. The Sydney Gazette announced

The Macquarie tower and lighthouse at the South Head being now compleated and the Lanthern with Revolving Lights in Readiness to be lighted for the Benefit of Ships or Vessels arriving on the Coast at Night; Notice is hereby given, that the Lights will commence to be regularly exhibited on the Night of Monday next … [4]

Robert Watson, who [media]gave his name to Watsons Bay, was appointed the first Superintendent and Keeper of the Light of Macquarie Tower, from 1818, at a salary of £50 per annum. He had been harbourmaster and pilot in Port Jackson. H Cole followed him in November 1819 and in March 1822 Thomas Watson was appointed to this role, also acting as pilot from 1825. Thomas Weeland took over in February 1826. [5] 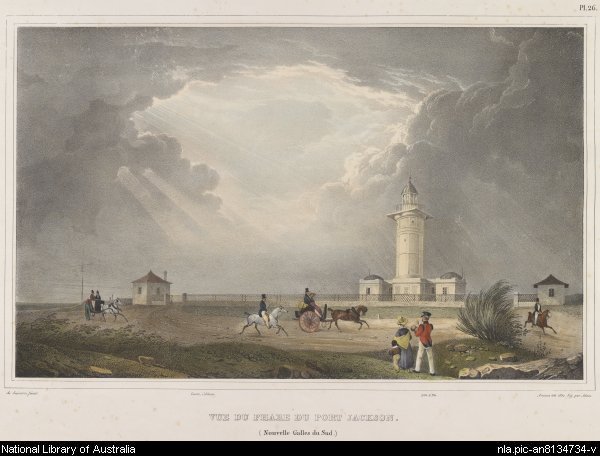 Thereafter it became commonplace for scenic illustrations of Sydney to be drawn or painted from the west, taking in the view across Circular Quay to include, in the far distance on the horizon, both the lighthouse and the signal flagstaff.

A veranda was added around 1830, and new quarters for staff in 1836. [6] From [media]time to time the lighthouse was repaired and if it did not operate as expected a complaint could be expected. [7] By 1866 structural decay required serious structural repairs including straps to the tower. In 1878, work began on a replacement lighthouse with a larger light, together with new accommodation for the staff. This was a near exact replica of the Greenway building, and to avoid blocking the light during construction it was erected immediately to the west so that for a while two buildings coexisted. The [media]new light began operation in June 1883, and the buildings for staff were completed by 1885, with expansion in 1899. The whole of the Greenway building was demolished by 1887. 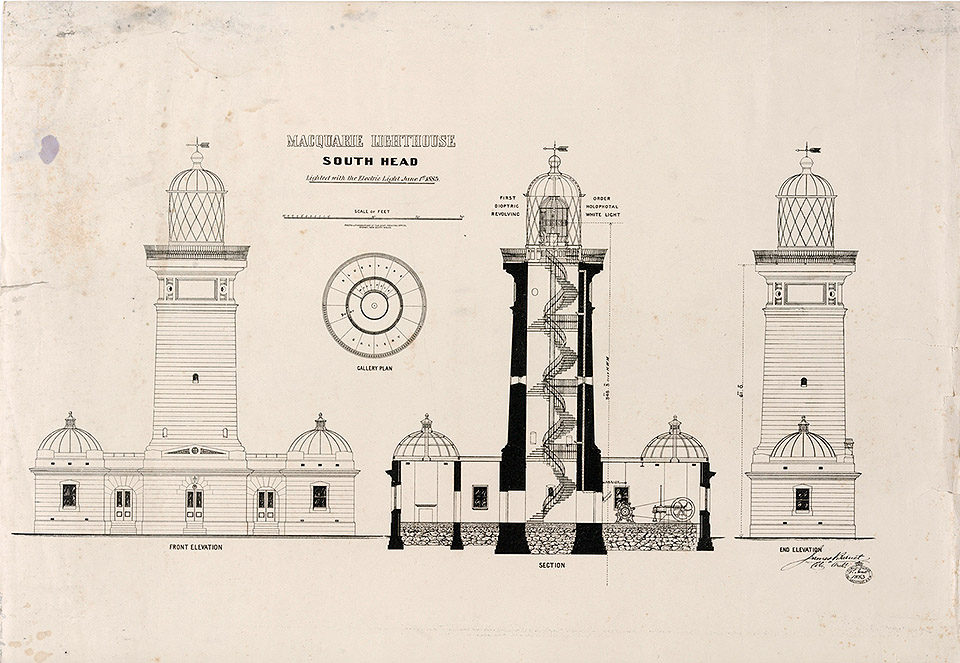 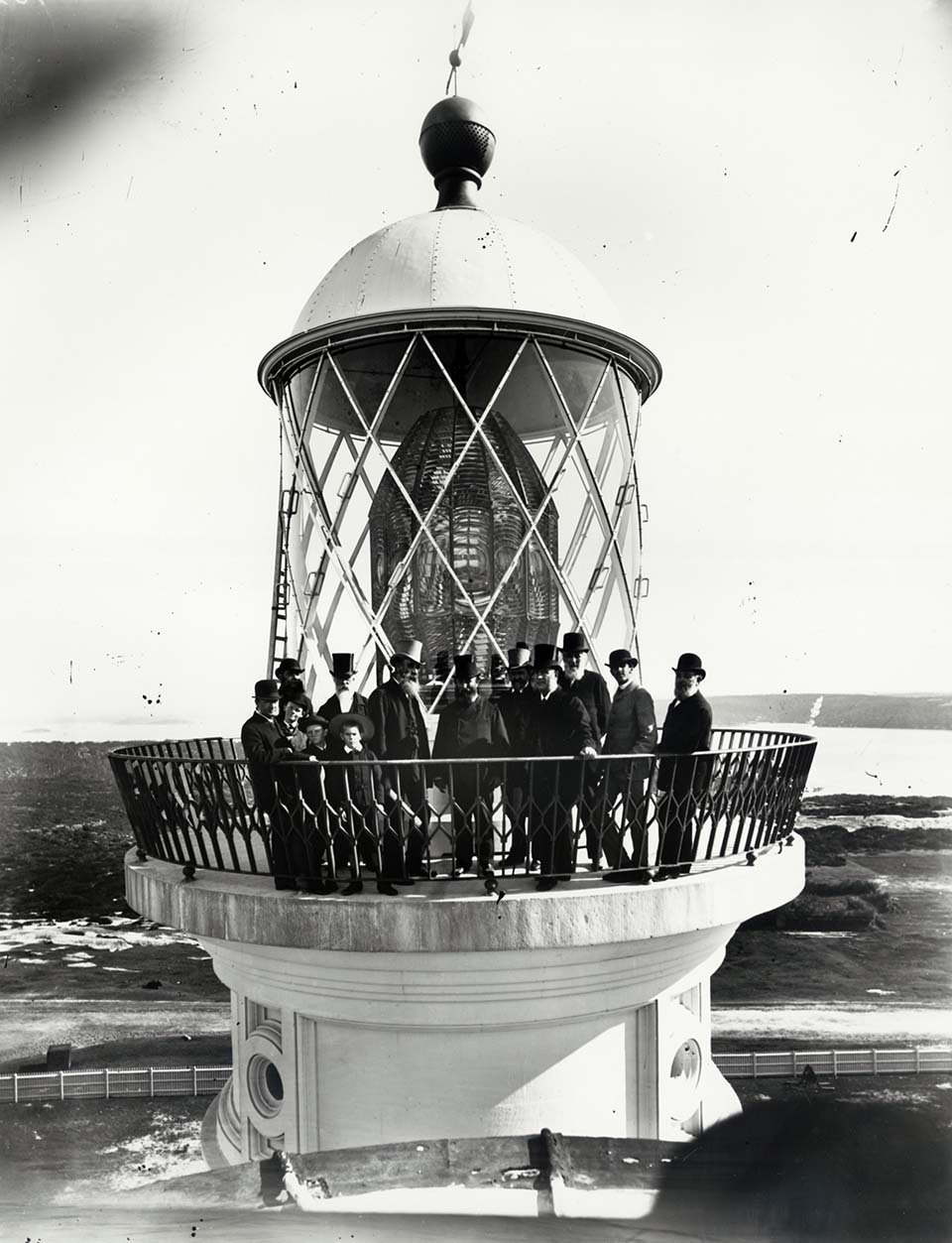 The new building was lit by gas-generated electricity, but in 1912 this was replaced by kerosene, and in 1933 reconverted to electricity. Automation of the light limited the need for staff on site and the last resident staff left in 1976.